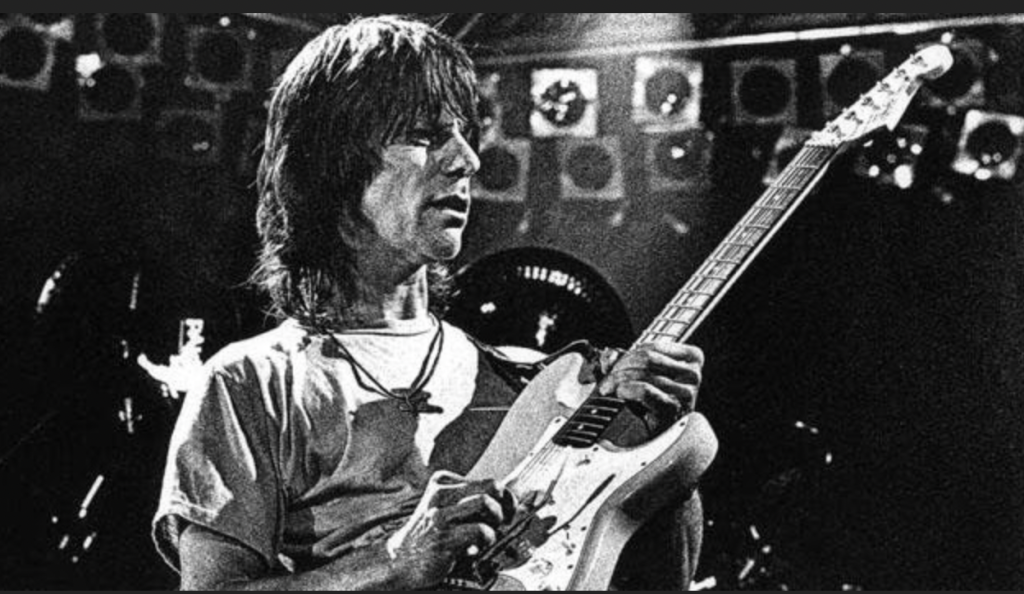 I’ve been in love with the guitar from the moment I first heard it. There is something soul searing about it. otherworldly.

I’m not a guitarist. Yes I own the instrument, several. A guitarist? Well, that would be the worlds greatest fallacy. In my hands it doesn’t sing, but It warms my soul. It’s like being with a friend and time spent is extremely personal.

But having worked in the music industry for years, specifically radio, I was privileged to be exposed to works from the most well known to most obscure artists. My album collection is filled with those that drew magic from the frets and made the strings sing.

Is the young girl I listen to the radio late at night And rock ‘n’ roll was my jam.

WLS in Chicago was my station of choice. it was top 40 but that’s where the sounds of the Beatles, The Yardbirds, The Byrds would be heard as I listened to John Records Landecker every night under the covers. The music was muffled to the rest of the house. But inside that space was a womb surrounded by the sounds that awakened every nerve ending. It was there my love for music intensified

The word of Jeff Beck’s death has shaken the world and has left us stunned.

Jeff Beck. His name alone was spoken with a reverence afforded only a few. His ability to turn a note into a physical need to weep was surreal. The magic was not lost on vinyl, the grooves grooved with something unforgettable.

The last time I saw Jeff Beck was in Charlotte in 2018 on the Stars Align Tour with Paul Rodgers, Ann Wilson and Deborah Bonham. But Jeff Beck was the draw. I was overjoyed to see and hear him live on stage again. Looking around you could identify the real musicians seated at the show. I feel the need to call them today to offer my condolences for what we lost. They were there for the same reason: Jeff Beck.

Jeff Beck was masterful. He was a guitar god. No energy was wasted on poses. He was intensely focused on his instrument and we benefited.

I can’t elaborate as to his technique-
those that are infinitely more qualified to talk about that are real musicians. Simply read the tributes being posted by the most well-known musicians and guitarists in the world. All mourning this loss.

The experience of hearing Jeff Beck play was visceral. He connected overwhelmingly with soaring , delicate, fiery, nuances. He was able to take a note or phrase and release it to the air where it would land and sizzle in the brain. every hair would vibrate through his performance and I weep to think that sound will never heard live again.

I did not know him personally, never had an opportunity to interview him. But every note he played was personal, and he spoke to us all in a way that no other Guitarist ever has.

I am so grateful to have heard him play throughout my life, but I am mean and selfish and I would love to hear him one more time.

Thank you  Jeff Beck. You enriched me.

After 20 years in radio, Mary London Szpara hung up her rock and roll DJ and programming stilettos to become a full time voice actor, mimic, audio editor, producer, and executive producer of a syndicated radio show And Then There Was That with Sonny Hollywood Chase. Her writing skills were enhanced over the years as she wrote creative copy for radio ads, and then put pen to paper after the death of her husband and soul-mate. Her book The Loss World (Amazon) has become a stage play The Loss World Monologues and most recently, a short film has just been completed. She has produced 2 metal cd's, Metal Mythos Vol 1 & 2, and continues to work with musicians on a regular basis.

Pastor Ron E. Thompson: In the Middle of Sin!