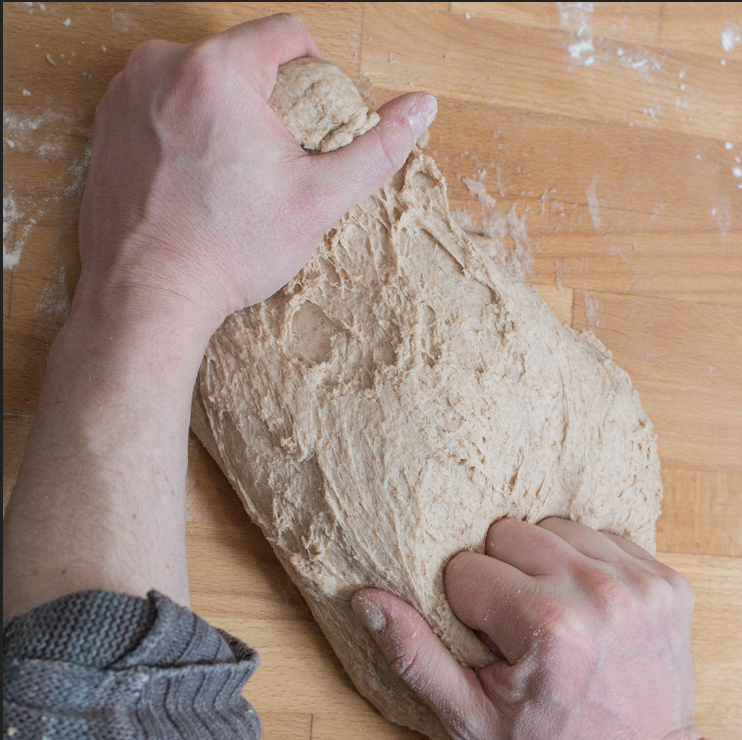 It was one of those things I just ‘kneaded’ to do:

It’s a “Mom” thing. Hers was always the best. A sweet dough recipe I’ve used for years. Mom would knead it with firm, yet gentle touch until it felt like satin. Beautiful to look at: the smell wondrous!

Having a small army to feed, (eight kids plus my dad) she always made bread in multiple batches.  Set to rise it did, beautiful bread bowls, the counters would be laden with pottery draped in towels.

Rise once. Punch it back. Rise again. Let the magic begin.

Loaves of bread, sweet rolls, kolaches. Depending on what was in season, ripe perfect raspberries, tart cherries, prunes or even poppyseed would go inside. If we were really lucky, maybe an apple kuchen would by on the rise.

Rise they did. Covered with towels, the dough creations would rest for a final time before being placed in pans and on sheets, then oven racks. The heat of the oven crept through the house, touching every nook and cranny with the fragrance of something warm and wonderful.

The oven door opened, the contents were switched. Top rack to bottom, bottom to top.

The waiting seemed endless, though in fact it was only minutes until they were done. A delicate golden brown, they were quickly dusted with oil, lard or butter from a real feather brush then set aside to cool.

Some were whisked away into a container, covered in plastic and frozen for another day. Some were drizzled with icing, a breakfast dessert unlike any other.

The art of patience was taught as we waited. Sitting on our hands could not stop the urge to grab and gobble the goodness.  Inhaling deeply was almost as good as eating. The perfume filled our lungs, and we would salivate like one of Pavlov’s dogs in anticipation.

All the energy, all the time, patience, caring and work that went into making the dough that would yield so many formations were just the silent words of a Mother’s love.

Today when I make the recipe just right and I close my eyes and take the first bite, I see Mom bending over the floured board hands turning, shaping and working the dough.

I made bread today.

I kneaded a hug.

After 20 years in radio, Mary London Szpara hung up her rock and roll DJ and programming stilettos to become a full time voice actor, mimic, audio editor, producer, and executive producer of a syndicated radio show And Then There Was That with Sonny Hollywood Chase. Her writing skills were enhanced over the years as she wrote creative copy for radio ads, and then put pen to paper after the death of her husband and soul-mate. Her book The Loss World (Amazon) has become a stage play The Loss World Monologues and most recently, a short film has just been completed. She has produced 2 metal cd's, Metal Mythos Vol 1 & 2, and continues to work with musicians on a regular basis.