Chengyan Wang was cleaning up at the Shanghai Taste restaurant when a robber broke in. Wang tried to fight back and was shot 11 times. The officer on the scene in Las Vegas said that the Chinese waiter “was bleeding all over his body and appeared as if he was going to die.”“I can still vividly remember when the first police officer on the scene immediately helped me stop the bleeding on my neck,” Wang recalled. “He was there the whole time encouraging me and making sure I stay awake and stay conscious and not fall asleep.” 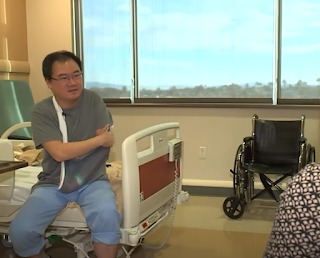