When Jose Padilla, a Muslim terror convert was arrested, Human Rights First became his loudest defenders. The leftist group, originally founded under the auspices of France’s Human Rights League, which historically included many Communists including Ho Chi Minh, was one of the most extreme voices against our effort to fight the Islamic terrorists murdering us. 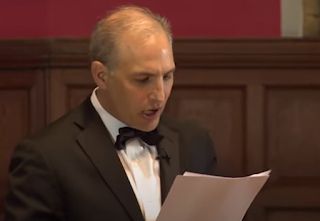 Ann-Marie Murrell: How ‘A Christmas Carol’ Changed My Life (Long After Christmas)