During the long hot summer of Black Lives Matter race riots, Providence’s Mayor Jorge Elorza announced a truth and reparations commission, accusing the city and all of Rhode Island of perpetrating “generations of pain and violence and systemic oppression”.The leftist racist, who has been steadily sending the city down the drain, urged the 33% of white people still left in Providence to “heal by discussing and accepting these uncomfortable truths”. 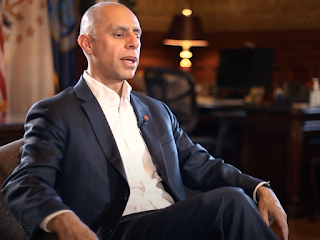 Greenfield: Why the ADL Abandoned Antisemitism and Went Woke