In 2015, Ruwa Romman was enabling Oglethorpe University’s Students for Justice in Palestine to pass the first BDS resolution in the region. Around the same time the Jordanian immigrant began working with the Georgia Muslim Voter Project and became the communications director for the Georgia operation of the Council on American-Islamic Relations. 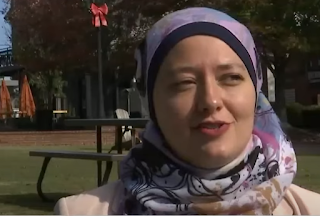 Greenfield: Democrats Want to Decolonize Puerto Rico by 'Decolonizing' It

Greenfield: How Big Tech and the FBI Hacked the Constitution