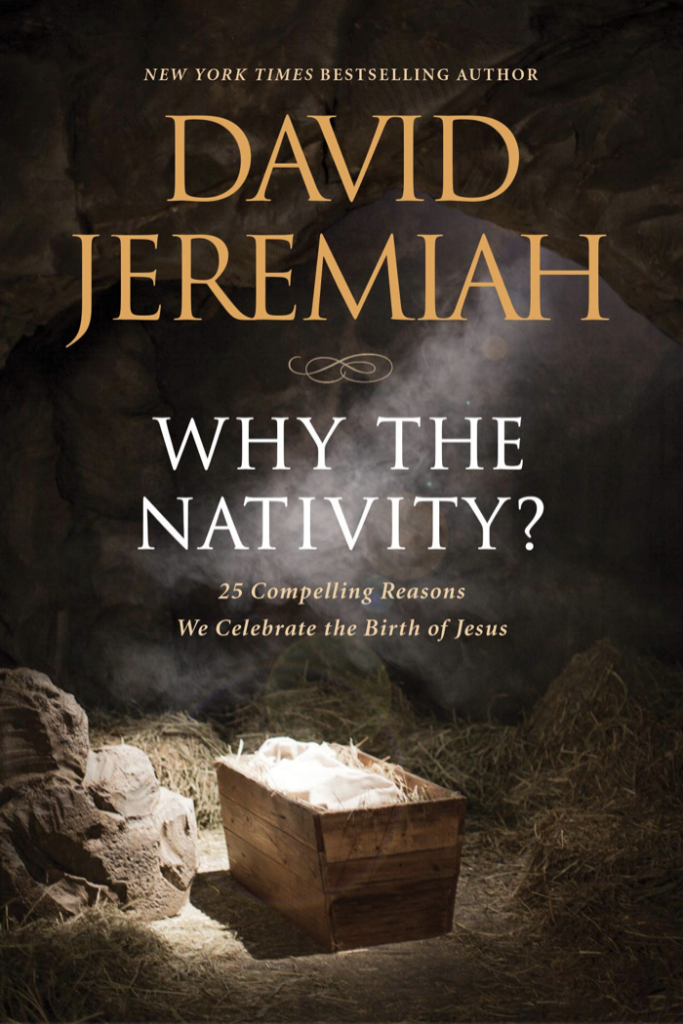 Dr. David Jeremiah has given us an added Christmas treat with his new docudrama film ‘Why the Nativity,’ based on his book which explores why the Nativity is important for all of the world, for all of us. Dr. Jeremiah is already noted for his many theological studies but this is perhaps his best yet.

Over the years in the ‘good old days’ at Christmastime we have seen numerous films and plays in our churches, and schools that told the story of the birth of our Lord and Savior Jesus Christ. But there has never been a definitive story as to all the elements that made this such an important happening in Earth’s history.

Why in Bethlehem and at this time in history? The Roman empire was the perfect setting for Christ’s birth, at the time the largest governed land on Earth. The Romans were especially noted for one thing: Their roads, which were all over Europe and led to the saying, “All roads lead to Rome.” Some of those roads still exist and are still used as this writer found during his first trip to Europe in 1993. It means that early Christians were able to spread the story of Jesus and the salvation he offered the world everywhere. Paul made great use of the roads in his many travels. It was also at a time predicted by prophets thousands of years before as we can find in the Old Testament. All these things are brought out in Dr. Jeremiah’s film and book.

Jesus did not appear like a mythical demigod from outer space to conquer and vanquish evil with force. He came born as a man and showed civilization what a man could become. He was born in the most humble of circumstances and the first people to have his birth revealed were simple shepherds, men considered in the lowest and most looked down upon class on Earth. Angels divinely came to them and they witnessed the newborn babe for themselves, and then spread the word. There are short flash-forwards of what Jesus would become and his sacrifice for the salvation of all of us.

The film is beautifully made and the viewer will feel like they are in the center of things, from the beginning when a very special couple is selected to foster the baby Jesus to His early growth. And here is where this writer finds the greatest merit in the film: The portrayal of Mary and Joseph. They are what the real Mary and Joseph would be, two people who today would be considered in their late teens and represent a real love story.

This Mary is a young woman who believes in God. It does not quail Mary when the angel Gabriel tells her, “Do not be afraid, Mary, for you have found favor with God. And now, you will conceive in your womb and bear a son, and you will name him Jesus. He will be great, and will be called the Son of the Most High, and the Lord God will give to him the throne of his ancestor David.” She is God’s maid servant and likely had given her life to God already. Portrayed by actress Rose Anaya, the role is handed beautifully.

Most impressive was Logan Polson as Joseph, handling the role as we have not seen before. Too often Joseph is portrayed as much older than Mary, bearded and possibly a widower with children already. This Joseph is Mary’s age and they likely have been close since childhood and are now betrothed to each other. He is becoming established in life as a successful carpenter. An older Joseph, grounded in the civilization of his day, would probably have put this pregnant woman aside. But when approached by Gabriel, Joseph is only too willing to show his love and to accept Mary as his bride. It is a beautiful love story.

This is a story you will want to see over and over, and I also recommend reading the book. David Jeremiah’s ‘Why The Nativity’ explores twenty five major questions people have had over the years about the event of Christ’s birth, including the miraculous star and the three kings/magi who are led to the stable. And why insecure King Herod wanted a bloodbath to protect his rule. There are also related study guides for those who would like to use the film and book in churches and other special groups.

You can watch the full-length movie ‘Why the Nativity’ absolutely free on Dr. Jeremiah’s website RIGHT HERE.

And you can purchase Dr. Jeremiah’s book ‘Why the Nativity’ HERE on Amazon or by going directly to his website: https://www.davidjeremiah.org/

This will greatly add to your Christmas when at a time the world needs Christ more than ever before.