It still seems incredible to many that in Pennsylvania a socialist liberal like John Fetterman could win in a generally moderate state. Part of the fault must lie with the Republican party. There was no real enthusiasm or caring for Dr. Mehmet Oz the Republican candidate for the US Senate. Likability was a real factor. It reminds this writer of an old nursery rhyme:

Dr. Oz could not pull off what should have been an easy Republican victory. Some political pundits are saying the reason the predicted “red wave” turned our to be more a “red trickle” was because better candidates were needed by the GOP. Plus some excellent ones still lost, like Kari Lake in Arizona, due to supposed shenanigans.

Which brings us to what should have been a needless runoff election in Georgia, a leaning red state that is basically conservative. Republican Herschel Walker should have won the US Senate seat big time during the November election. He seemed to have the likability needed though he may have been hurt by the allegations of his paying two women to have abortions. How a major pro abortion socialist, Raphael Warnock who somehow is a pastor, could do so well is a mystery. Especially since a Republican, Brian P. Kemp, won the race for governor by a big margin.

I had the opportunity to learn the importance of candidate selection in the first campaign I ever helped with in 1967. The county I lived in and served as a teacher for was heavily dominated by the Democrat Party at the time. The local Republican Party faced election that year with a desire to run a candidate in every open local government spot. One was for the Clerk of the Circuit Court, an eight year term during which the office holder would be in charge of all the local records from court trials to Board of Supervisor meetings. For this they approached a friend of my wife and mine who also worked for the county school system, Elizabeth Stokes.

Elizabeth was the local clerk for the school board and the local GOP interest in her was because she had been elected to several positions of leadership in Parent Teacher Associations. It was felt she had the connections to help the Republican ticket. Elizabeth asked me, a rank beginner, to coordinate her campaign. She was not a member of either party, very independent with friends on both sides. 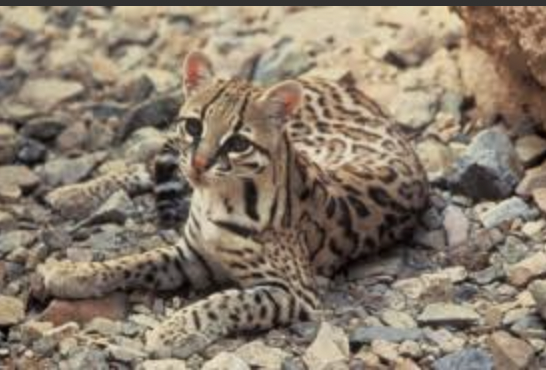 Our tactic was to contact the leadership of all the 35 local PTAs and enlist their support. Also involve parents with the idea of improving their schools. But to seek name recognition for her in the media was hard to do as there were no meaty issues that were big enough to rate feature coverage. So we had to create newsworthy stories. One example, was this writer admits, corny but it worked. We knew people with a pet ocelot they had rescued in the jungle and they needed a cat sitter. Elizabeth agreed and the local weekly newspapers jumped on that with front page stories and pictures of Elizabeth with the ocelot. Nothing to do with being a future Clerk of the Circuit Court, but provided the name recognition needed.

The election results surprised us amateurs. We only spent $254. and her opponent spent several thousand. Elizabeth won in a landslide and helped other Republicans on the ticket also win, eleven out of twelve. She had a good explanation for her win. “The type of people who supported me were not political, did not go to political rallies or candidate debates. They are more the sort of people who if a friend has a death in the family will come and clean the house and cook meals. They take a keen interest in what will benefit their children more than issues in the news.”

Likability was the key here. People liked, even loved Elizabeth. She was down to Earth and one of them. Elizabeth served three terms before she retired and proof to this writer that character counts in elections, or should. And being in general a likable person.

Greenfield: Our Lying Idiot Media Really Is That Dumb