Ibram X. Kendi’s “How to Be an Antiracist”, Robin DiAngelo’s “White Fragility”, and Ta-Nehisi Coates’s “Between the World and Me” all have one publisher in common. 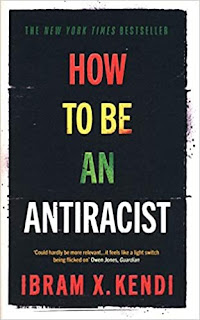 Bertelsmann, the German giant, which formerly used to put out “The Christmas Book of the Hitler Youth”, has become the leading publisher and distributor of some of the most famous and influential racist woke books.Americans are unaware of the role that the Ex-Nazi company plays in poisoning our discourse with racism and wokeness because it operates under the cover of the names of the American and English book publishers that it gobbled up.Americans don’t see the Bertelsmann brand, instead they see Random House, whose current state would make Bennett Cerf turn in his grave, and Penguin Books, along with other familiar names like Doubleday, Ballantine, Knopf, Schocken, now tragically owned by an ex-Nazi company, Crown, Viking, Putnam, Bantam, Del Rey, Golden Books and so many others.Bertelsmann has conquered and gutted American publishing’s crown jewels. The book spines beloved to generations of readers are now just assets to a corporate office in Westphalia which uses them to distribute racist hate across America. 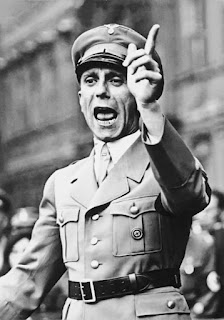 That includes promoting Ta-Nehisi Coates’s claim in “Between the World and Me” that the 9/11 firefighters and police officers were “menaces of nature” and “not human to me” to 9th graders and Robin DiAngelo’s racist “White Fragility” whose message, as CNN summed up, is that “if you’re a white person… you’re a racist.”Not satisfied with pushing racism, Bertelsmann has also been involved in the controversy over sexualizing children.“Beyond Magenta”, which describes 8-year-olds having sex and contains the sentence, “from six and up, I used to kiss other guys in my neighborhood, make out with them, and perform oral sex on them”, has been protested by parents.And it’s being promoted by Penguin Random House to teens and young adults.Earlier this year, Markus Dohle, the German CEO appointed by Bertelsmann to head up Penguin Random House, declared war on parental rights advocates by setting up a $500,000 Dohle Book Defense Fund to “advocate against censorship, track and expose the egregious assaults on books and ideas playing out in classrooms, state legislatures and other arenas.”But Bertelsmann isn’t done consuming and destroying American publishing and culture. It’s determined to take over Simon & Schuster. That would add notable names such as Scribner, Pocket Books, Baen, the Folger Shakespeare Library and Washington Square Press to its hoard.Penguin Random House, (no. 1), and Simon & Schuster (no. 3), are two of the big five publishers who control 80% of the trade book market. Penguin Random House, under Bertelsmann, accounts for around 40% of hardcover sales and between a fifth to a quarter of paperback book sales.No single book publisher comes close to that level of dominance.With the addition of Simon & Schuster, the new Bertelsmann monster could command half of the hardcover book market making it bigger than all the other publishers combined. 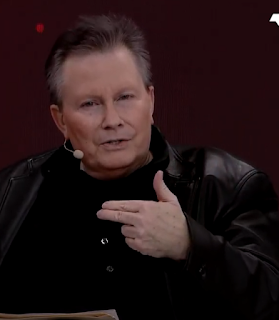 What’s even worse is that of the ‘Big 5’ book publishers in the United States, Macmillan is already owned by Germany’s Holtzbrinck, and Hachette, which ate Time Warner’s book publishing arm including Little, Brown, is a French company.That would, at best, leave HarperCollins, owned by News Corp, as the closest thing to an American publisher among the country’s dominant publishers.Foreign companies would control 77% of the American hardcover book market and between 50% to 73% of our paperback market. In an environment where the big publishers only keep getting bigger, those numbers will get worse, not better.And as we have already seen with Bertelsmann and Hachette, which shamefully published “In Defense of Looting”, foreign publishers have no problem exploiting and monetizing our social problems while tearing apart our country.The damage that Bertelsmann and Hachette have already done to our society and our children is a warning against allowing foreign companies to control the lifeblood of our culture. Aside from being a blatant antitrust violation, the Bertelsmann seizure of Simon & Schuster is a national security threat.In an initial first step, the takeover was blocked by a federal judge.The ruling came after an extended trial whose evidence included an “internal company document” proposing the purchase of Simon & Schuster which described the big five as an “oligopoly”. That was quite an admission.While the ruling is a rare victory for antitrust, Bertelsmann is moving to appeal.Even if the ex-Nazi publisher fails in its bid to totally dominate publishing, it’s still causing immeasurable damage due to its current dominance. And it may be time for a future White House and Congress to revisit the question of whether foreign companies dominating our cultural industries is good or bad for America.As a sample, consider some of the books that Penguin Random House is currently promoting, including “Democracy in Black”, which claims that America’s “democratic principles do not exist in a space apart from [its] national commitment to white supremacy.” Alongside it are “Forty Million Dollar Slaves” about black atheletes, and Ibram X. Kendi’s “How to Be an Antiracist”.Getting Bertelsmann’s claws out of our culture won’t immediately fix wokeness, but it will create more actual diversity in the publishing market and scale back some of the poison that is being poured into our veins by its million dollar racists.Bertelsmann claims that it wants to help Americans. That’s as trustworthy as the lies that it used to spread falsely claiming that it resisted the Nazis and that the regime had shut it down when in actuality it was in bed with the Nazis.Under Hitler, Heinrich Mohn, the head of the family business, was a member of the SS Sponsors Circle, and Bertelsmann became the largest supplier of books to the German Army. (The company is now headed by his grandson, Christoph Mohn.) Printers churning out its books used Jewish slave labor from the ghetto.After the war, the Mohns lied and claimed that the company had been persecuted by the Nazis to convince the Allies to allow them to stay in business.Even in 1998, one of its executives claimed that “the Carl Bertelsmann publishing house, was one of the few non-Jewish media companies closed down by the Nazi regime” because they “had been publishing books that were banned by the Third Reich as subversive. Bertelsmann’s continuing existence was a threat to the Nazi attempt to control freedom of expression.”What they were actually publishing was “The Christmas Book of the Hitler Youth”.In 1984, Bertelsmann brought in a former Nazi propgandist who had been churning out Hitler poems during the war and published a book which claimed that WWII had been caused by America, not Germany, and that Jews “controlled most of the media”, to write its official fake history of resistance to the Nazis.It was a son of Holocaust survivors who exposed the lie and showed that the Nazi publisher was actually churning out horrors like “Sterilization and Euthanasia — a Contribution to Applied Christian Ethics” and “With Bombs and Machine Guns Over Poland”. Bertelsmann reacted by warning a public broadcaster to stop the “sinister and dangerous” reporting on the story.The expose came as the ADL was about to honor the Bertelsmann Foundation.It included the revelation that Nazi propogandist Joseph Goebbels had intervened to aid Bertelsmann employees.But Bertelsmann needn’t have bothered lying and covering up its past. As Goebbels might have predicted, no one cared.And now, as Bertelsmann is on the verge of dominating American book publishing even while pumping out more racist books, no one still cares.Having failed to learn from history, we are repeating it.

Greenfield: How Not to Fight Antisemitism