Miguel De La Torre, a former president of the Society of Christian Ethics, showed up at a small Catholic university, telling students that minorities can be white, but that they can also be saved.“Those of us who are colored, some of us can also be white,” the professor of Latinx Studies at the Iliff School of Theology assured all races suffering from whiteness. “But the good news is there is salvation.” 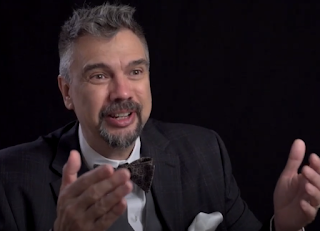