Luftmensch meant a ‘man of air’ who lived detached from the real world, had no income or any way to pay his bills, and yet here he was. With the internet, we’re all cloud people now. Our economy is dominated by companies with unclear business plans except that they somehow involve the cloud. 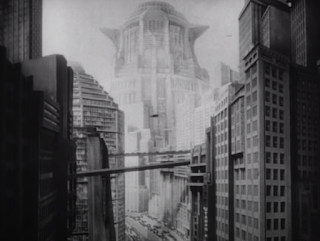 Facebook, which despite its recent downturn, still has a stock price twice the value of GE, unveiled its big achievement, ‘Legs‘ which will allow its avatars to enjoy the appearance of feet in the metaverse. Netflix’s stock price is double that of IBM, even though it suffered some reverses when investors realized that its plan to continue growing forever while spending $17 billion a year on creating bad movies and TV shows was not actually sustainable. Good thing there’s solar panel and wind turbine companies to bet on.

Beyond cryptocurrencies (just imagine if your money were even more intangible, less secure and backed by even less in the way of assets than it is now) and software as a service (why own when you can rent), the effect of the luftmensch on our society has been far more devastating. The social web eliminated personal and geographic space. No longer were people kept apart by neighborhoods, communities, classes, national borders or even languages. Like a great slum housing project, we were all living on top of one another. And there was never a respite from life in this ugly, loud, noisy and dangerous neighborhood.

But above all else we came to believe in the power of the medium. Social media and its influencers flattened the world into narratives. And the narratives appeared omnipotent. Like medieval wizards, they claimed to hold the power to change everything with the right word, the right idea or the right meme. In a world of worlds, reality appeared to be infinitely malleable and outcomes could be ‘memed’ into existence.

The reality was that reality stayed the same. And the human reality changed to be more unstable.

People had become cloud people, infused with magical thinking and faith in the power of the unreal, not in a Higher Power, but in our own power to change things by saying that they should change. This profoundly leftist idea, that human nature could change because we willed it so, this essentially luftmenschlich notion, became widely accepted among all creeds of the new race of cloud people.

Influencers, the biggest luftmenschen of them all, got big claiming that they possessed the voodoo to make it happen. All we had to do was believe in them. And if they failed, it was because we didn’t believe in them enough. In such an environment, doing the work, as wokes put it, often became secondary.

A technology sufficiently advanced may be indistinguishable from magic, as one dead Englishman in Sri Lanka put it, but it’s only really magical if it makes you feel like you have magic powers. Splitting the atom and sending spaceships to the moon didn’t excite us half as much as smartphones. Technologies that could have fundamentally transformed civilization withered on the vine because it was much more exciting for each individual to feel like he or she had vast powers at their command.

None of this was free even when it was free. We had to become part of a system by handing over our privacy and our personal information. But we also had to turn over a part of our minds. We had to believe. And those who became the cloud people did believe. They rose into the air, they ascended and entered the realm of the clouds where so many ivory tower thinkers had dwelled. They had no clothes on, but there were fewer and fewer people left to point that out. And really, when you condemn a company for lacking a business model when its stock is at over a thousand, who looks foolish?

The luftmenschen had won. Anything was possible. We printed money as if it would never end. Everything was set on fire. Any experiment could be tried. We might have built a tower to rise to the sky, but most agreed that it was too much work. We could just build a tower of words instead.

And if those words were lies, if the towers were as unreal as the rest of it, what was one more illusion.

The money is running out. The clouds turn out to run on servers. And the tech giants are getting hungry for cash and squeezing their users. The banks are panicking, crypto is imploding and all the takes are bad. It turns out that you can’t meme your way out of reality.

We had become unserious and so seriousness had to come to us. The question is how much seriousness do we need before we get serious and stop escaping into fantasies in a medium of fantasy. We haven’t so much changed the world as we have ourselves, not in a methodical way, but like a castaway on a desert island performing amateur brain surgery on his own corpus. The one thing we are not is happy.

What everyone can agree on is that we are much less happy than before we went to live in the clouds.

But can we get back down again?

Greenfield: Marxists Are Killing Each Other to Control America's Cocaine Market

Greenfield: UN, WEF Want to Save the World From Uncle Bob