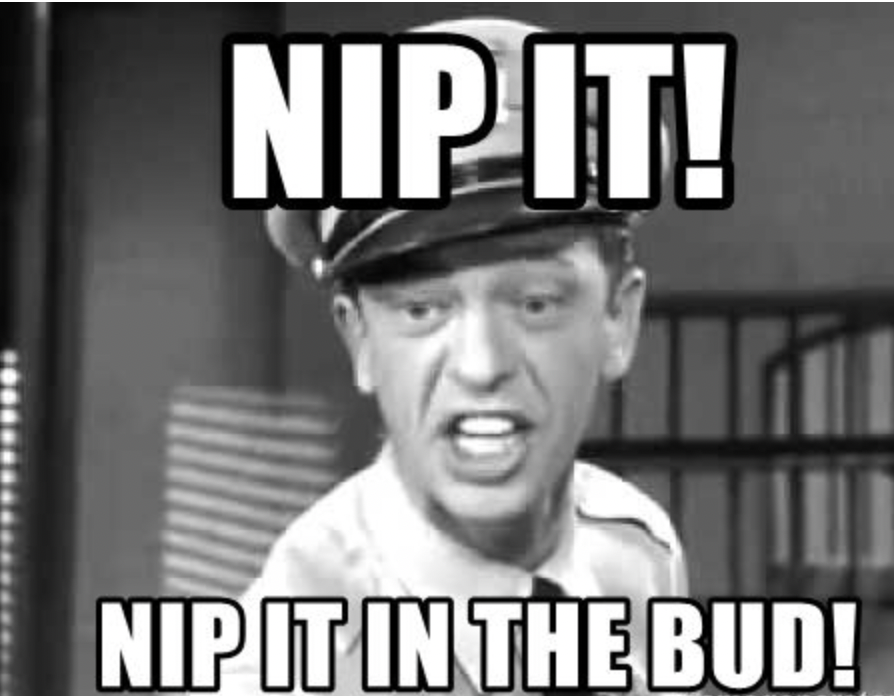 One of the most popular TV shows over the years was The Andy Griffith Show and what made it stand out to many of its fans was Don Knotts as Deputy Barney Fife. A favorite expression of his was “Nip it in the bud” meaning this must end now. An outstanding Christian couple, Ronnie and Elease Felker, play the roles of Barney and Thelma Lou in many churches and the theme is in regard to sin which we must agree “Nip it in the bud.”

We have reached that corner in our country which has major midterm Congressional elections November 8 which will also include important governor races and thousands of local races.

We have a nation with leadership under Joe Biden that is heavily Socialist and supportive of measures that have led us to a recession, inflationary prices destroying our standard of living; a rising crime rate that is breaking records; the destruction of education in our schools; unchecked, open borders with mass illegal immigrants bringing in killing drugs, and supporting of the murder of life in the womb. We have even had innocent people, especially Christians, arrested as domestic terrorists for simply expressing their views as their God and Constitutional given right. Our FBI, once considered the finest law enforcement agency in the world, has been weaponized by a leadership more inclined to be political than justice-orientated.

Several times it has been statistically pointed out that tens of thousands of Christians do not, for one reason or another, vote. This writer has even been told by a Christian friend that the Bible discourages political action as Paul encourages us to pray for our leaders. Yes, we should pray for them, but that does not mean follow them when they are wrong. Paul himself was beheaded for speaking the truth in Rome about Jesus Christ. Of the twelve disciples of Jesus eleven were put to death for preaching the Gospel and one was exiled. The one exiled, the Apostle John, wrote the book of Revelation which predicted that times like this would precede the end times. Now, with an added concern, some of our government policies can lead us to nuclear war that could lead to the end of civilization.

So all of us–not just Christians but all who love America–should take action.

A famous German theologian and pastor, Dietrich Bonhoeffer, was put to death by the Nazi Regime. He made the following statement:

Silence in the face of evil is itself evil: God will not hold us guiltless. Not to speak is to speak. Not to act is to act.”

This is so very true and a clarion call upon us today to take action. Especially at the polls this November. Not to take advantage of this opportunity to fight for change is to blindly accept what is wrong–or what Christians should regard as sin.

This writer calls upon all readers to be aware of what candidates stand for and if they meet the standards set by our constitution and our Bible. It is definitely time to “Nip it in the bud.”