Biden threw a party to celebrate the Inflation Reduction Act on the White House South Lawn even as the latest figures showed that core inflation has continued to rise. Grocery prices had the steepest increase since 1979. Rent prices shot up again and medical costs are escalating. 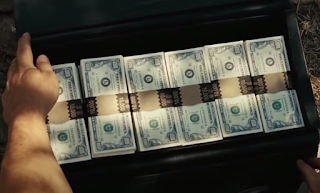 Even the most loyal media lapdogs could hardly stand this festival of lies. CNN cut away from Biden’s masque of red ink to show what was happening to the stock market. Reuters acidly headlined its coverage, “Biden celebrates ‘Inflation Reduction Act’ as food, rent prices climb”.

So what’s there to celebrate?

The Inflation Reduction Act is a lie. It doesn’t reduce inflation: it actually gooses it. The IRA is another inflationary leftist spending boondoggle that throws billions at green energy and $80 billion at the IRS to audit the middle class in the hopes of balancing out some of the crony cash.

A week after signing the IRA, Biden announced a trillion dollar loan bailout for his party’s base of perpetual grad students. Like the Inflation Reduction Act, this was a massive wealth transfer. Audit the middle class and send the checks to Tesla drivers and sociology grad students. Raise inflation rates with inflationary spending and transfer some of the wealth over to welfare voters.

That’s what the White House was really celebrating.

And the worse inflation gets, the closer Biden and his administration get to their true objectives.

The Biden administration isn’t fighting inflation, it’s deliberately increasing it even as its cronies in the Federal Reserve hammer home new interest rate hikes to force the economy into a recession. This two-step dance destroys savings, wrecks investments and allows for a massive wealth transfer to Democrat donors, special interests and voters. The more that the Democrat majority spends, the worse inflation gets and the more justification there is for higher rates.

If a recession arrives, there’ll be even more justification for government wealth transfers.

That’s the good news that brought James Taylor to the White House and got Joe Biden to put on his best 80s shades and party like it’s 1929. Biden announced that he wanted to be FDR. You can’t be FDR without a Great Depression. Even if you have to create it every step of the way.

“I’m kind of in a position that FDR was,” Biden modestly claimed. FDR’s position was to use the Soviet Union and Mussolini’s Italy as templates for dramatically transforming America through massive spending, socialist controls and crackdowns on conservative political opponents.

The Biden administration is not here to “save the economy” so that its titular figurehead can retire to a Delaware basement and then drool softly into a Dixie cup for the next decade. The formula has always been really simple: create the crisis, worsen it, and then exploit it.

Until America has been destroyed and there’s no freedom, only the omnipotent state.

Honest socialists like Bernie Sanders would at least admit that they’re trying to replace the economy with socialism while pursuing massive wealth redistribution. Biden claims to be trying to fix it by giving his base more spending money while interest rate hikes push the economy into a recession in order to keep people from spending more money.

But whether that’s a vicious circle or a virtuous circle is a matter of perspective.

And make a whole lot of money for an army of politically connected special interests.

Biden is pretending that he’s a firefighter when, like FDR, he’s actually an arsonist in a big helmet and black boots. Inflation is one of the fires being fed to justify tighter government controls and interventions that reduce economic independence and redistribute wealth.

Devaluing money is the traditional tool of totalitarian leftist regimes. Runaway inflation provides them with a pretext for interventions such as wage and price controls, both of which were rolled out during COVID lockdowns on an unprecedented scale and still continue to be statewide.

Inflation is not the administration’s enemy, it’s the best tool for wrecking what’s left of free enterprise. How do you get Americans to accept price controls? Keep feeding inflation so that the prices of everyday goods, of gas and housing climb out of the reach of even the middle class. The Biden administration deliberately pushed up gas prices, threatened the industry with price controls and then dumped oil from the reserve into the market. That was a trial run.

So was the baby formula crisis in which the FDA shut down production and then the Biden administration stepped in to fly in formula from overseas. These trial runs involve government intervention creating artificial scarcity or higher prices by intervening in the production process, shutting down plants or oil and gas leases, and then stomping in to reshape the marketplace.

While inflation is a useful tool, it’s not the only one. The EPA, CDC, FDA, USDA and numerous government agencies with virtually unchecked regulatory powers can dramatically change product availability and price at the macro level leading to demands for further interventions.

COVID lockdowns were the patient zero of this new economy. Seemingly irrational and unjust measures shut down small businesses while allowing Amazon and major retailers to roll on. But there was nothing irrational about it. This was a deliberate strategy to further consolidate the retail sector, concentrating the pain among small businesses before offering them temporary subsidies, and narrowing the retail pipeline to put it even further under government control. Labor disputes in rail lines and UPS allow Democrat unions to shut down the supply chain.

But as they used to say on television, “This was only a test.” Socialism, on a much broader scale than we’ve seen it, is being tested. As destructive as these tests were, that’s still what they are. Anyone living under actual socialism can tell you that it can get much worse. And will.

When that happens, Biden will throw an even bigger party. And we’ll be the ones paying for it.