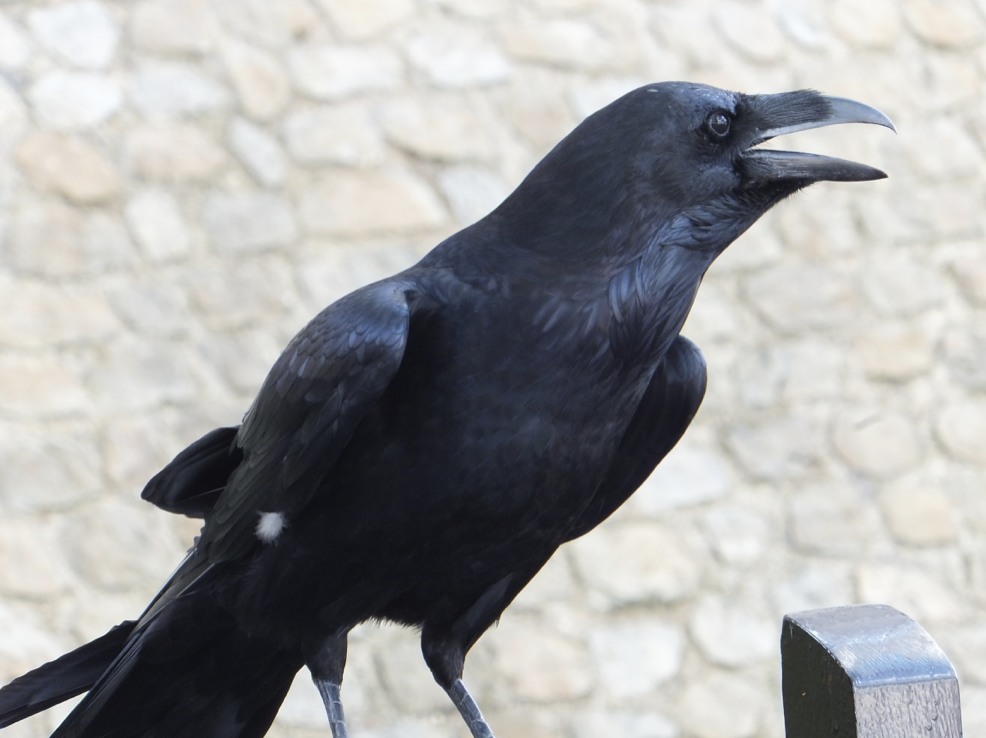 So says the disembodied voice over the intercom at a Trader Joe’s in Wilmington, Delaware.

Joe Biden is at it again. Joe, Jill Biden, and a retinue of Secret Service Agents are walking through the grocery store. Joe is a handful, riding in a smart cart, using a grabber to reach various top shelf items. The grabber has a large nose at the end of it, for sniffing at a distance. Joe’s expertise with the grabber is questionable.They are on aisle seven with Joe reaching for a jar of pepperoncini  peppers. The glass jar slips out the grabbers grasp, crashing to the floor, creating an oily mess.

The peppers create a slick that causes two of the six agents to slip and fall behind Joe. Jill Biden hurries away, embarrassed, followed by an agent. She slips over to the International/Mexican food section on the adjacent aisle six, grabbing some El Paso hard taco shells, slipping them into a hand-held basket that she hands to the agent.

Jill says, “Let’s get out of here before Joe wrecks the store.” After a convoluted check-out, where Joe questions the price of every item to the exasperation of the cashier, they make it out the door where the Presidential limo waits, doors open. Suddenly Joe looks across the street.

“Ice Cream!” Biden shouts. With some pronounced sighs, Jill Biden and the Agents hurriedly follow close behind. They cross the street into the Ole Curmudgeon Creamery for ice cream. It is obvious that the workers at the creamery have had this experience with Joe before.

Biden knows what he wants. “A triple cone of vanilla, chocolate and strawberry with lots of red and yellow sprinkles on top,” he says to the waitress behind the counter. “Red and yellow sprinkles celebrates the Chinese people,” he mutters to no one in particular. After paying for their ice cream they head out the door.

Joe contentedly digs into his cone. Suddenly, what appears to be a cloud blotting out the sun appears over Joe’s head. But it is not a cloud, it is a large Bald Eagle. Like lightning, the Eagle grabs the cone out of Biden’s hand and climbs up to the sky. It happens so quickly that Biden licks air for a few seconds. Biden realizes he no longer has any ice cream and cries, “My ice cream! My ice cream!”

Joe reaches both arms into the air, like a child searching for a lost balloon, squinting into the sky. Suddenly, the ice cream cone is hurled directly into Biden’s face like a frozen missile. Splat! It covers Joe’s face with ice cream and sprinkles.

Washington D.C, August 1, 2022, 4 AM: It is a few days after Biden’s ice cream fiasco. Thousands of birds are surrounding the reflecting pool near the Lincoln Memorial. At the top of the stairs are three birds. One is the Bald Eagle who was responsible for Biden’s ice cream christening. The eagle is a female named Lozen. Her name comes from a warrior and prophet named Lozen of the Chilhenne Chiricahua Apache tribe. Lozen was the Sister of Victorio, a prominent Chief.

Lozen was described to others by Victorio as being his “Right hand, strong as a man, braver than most, cunning in strategy.” According to legends, the Apache Lozen was able to use her powers in battle to learn the movements of the enemy. She was invaluable in various skirmishes to the great Apache warrior, Geronimo.

The Eagle Lozen has her own powers, well worthy of her namesake. She cast a spell making all the assembled birds invisible to the human eye. She was aided in this spell by a Mexican Spotted Owl named Lechuza, who was able to cast a field of resistance around the area, preventing any human from entering their meeting. Lechuza is also able to shape shift and organize and direct other animals according to her will. She was named after a mythological Mexican owl by her parents.

Harry moved forward slightly, speaking in an aside to two brightly colored cardinals. “Ruby and Jean, will you bring me the scroll?” Ruby and Jean were beautifully colored. In fact, their heads, tails and feathers  glowed with an iridescence that lit Lozen, Harry and Lechuza. Flying quickly to the sitting statue of Lincoln, they picked up a small scroll, retrieved from the statue of Lincoln’s lap. Unfurling the scroll and holding it in front of Harry, they glowed even brighter. Harry spoke with a quiet conviction.

“Birds of America, it is time to unite and protest against the tyranny that is Washington. It is not only the humans that face the burdensome policies of the Biden administration, but all birds and animals also face the corrupt consequences of this thief of votes, this vastly inferior man. A man who, along with his family, has only allegedly progressed in this world through criminal behavior.

“We possess more intelligence in the smallest of our feathers than Biden and most of Washington have in their entire existence. The time to act is now. We face more inconsequential wind energy and other forms of ‘green energy’ that are destroying and diminishing our ranks. All animals, birds and our human brothers and sisters, are wearing the yolk of a criminal syndicate disguised as government.”

Harry continued, “We should resist because we are individuals, like all living creatures. We all recognize the evil that is the anthesis of the freedom that we love. It is an evil that has dark origins. We will continue to raise our wings and our voices. We will continue to protest this criminal cabal disguised as government. On August 9, we are flying, en masse, to Martha’s Vineyard. We will be protesting over the home of former President Obama. We will make our presence known. We will be wearing the full Armor of God. As living beings who cherish freedom, our bird army is now formed.”

“Are you with me?” shouted Harry.

“We are with you, Harry,” said the assembled birds. Harry further stated, “Please stay and listen to Lozen and Lechuza. These fine bird ladies will be organizing you into your individual squadrons. See you all on the evening of the 12th.”

August 12, 9 PM, Martha’s Vineyard, The Obama Compound: It is party time at the Obama’s. They have just finished a Kobe beef barbecue in a large outdoor tent. The assembled includes Nancy Pelosi, Chuck Schumer, the infamous Squad, James Comey, the members of the January 6 Commission and Valerie Jarrett, among others.

They are all sampling various desserts. Included in the desserts is Pelosi’s and Biden’s favorite ice cream that sells for $13.00 a pint. Hunter Biden is lurking in the shadows, in a  furtive manner, offering various “party favors” to those that may be interested. Joe Biden is not present; he remains in the White House basement watching the Marx Brother’s “Monkey Business.”

At the center of the main table are Barack and Michelle Obama, Valerie Jarrett, James Comey, Nancy Pelosi and Chuck Schumer. To the left of center are AOC (who is wearing her infamous “Tax the Rich” dress), Rashida Tliab, Ilhan Omar, Ayanna Pressley, and the two new members of this somewhat leftist group, Jamal Bowman and Cori Bush.

There are many reasons behind this party. The Obama’s love their parties and had already planned one for this night. They are also celebrating the FBI raid on President Donald Trump’s residence in Mar-a-Lago on August 8. Additionally, they are celebrating the passage of the Chips and Science Bill of 2022 because the Obama’s, the Pelosi’s and many of the assembled had invested in this technology and they all stand to profit.

The Obama event has the feel of a false sense of relief, much like the delusional win of the actively evil and the misguided. With the recent discovery of more information on the questionable business dealings of Joe and Hunter Biden, the Trump raid smells like a poorly executed, yet intentional, distraction and another Pelosi wrap-up smear campaign.

Barack Obama taps a spoon against a crystal glass. “Let us raise our glasses to toast the total destruction of America and the rise of a One World Utopia. Our legacy is now firmly entrenched in living American history, of both my previous administration and my, I mean, Joe Biden’s current administration. I will keep this brief because I want you all to enjoy Hunter’s desserts. But our vision of this country is now secure. Feel free to mingle.”

House Speaker Nancy Pelosi is digging into a substantial portion of her favorite chocolate ice cream. She is in conversation with Senate Majority leader, Chuck Schumer. Suddenly, a brown, liquid substance lands in her ice cream from up above. She continues to eat unperturbed. Then the deluge happens.

Harry and his Bird Army, hundreds of thousands of them, are raiding the Obama compound. They are unseen and unheard because of the powers of Lozen and Lechuza. But hundreds of gallons of what can only be described politely as “bird poop”, are raining down on the guests.

AOC’s “Tax the Rich” dress has been repainted with bird excrement, the poop pattern now spells out MAGA. The other members of the squad and the January 6 Committee are being targeted by Harry’s Bird Army. Liz Cheney shouts, “It must be Ultra MAGA! It must be Ultra MAGA!” Within a few minutes they all are covered in bird poop. The Secret Service Agents are also covered and seem spooked and confused. The Bird Army is silent, yet deadly.

AOC screams, “I smell like sewage!” Their elitist tranquility is forever disrupted.

A few miles away, Harry, Lozen and Lechuza and their army have landed in a field. Harry says, “Like many  Americans we may be unseen, but we are here–we are here. This is only the first of many battles and our Patriot Bird Army is now a resounding success.”

“On to  the midterms, on to the midterms” says Harry. The feathered army cheers with hundreds of thousands of bird calls. Silent no more. The sun is rotating out of view, leaving a rosy pink glow in the sky as the birds fly off to recruit more animals to join the fight.

Dr. Fred Eichelman: How Doing What's Right Can Still Get You in Trouble with the Feds