The replacement of women was always inevitable. The idea that slightly less than half the world’s population and slightly more than half of America’s population was an oppressed minority group never made much sense. And the time always comes when yesterday’s oppressed minority group intersectionally ages out into tomorrow’s oppressors. Minority groups that don’t die as victims live long enough to see themselves become the villains. 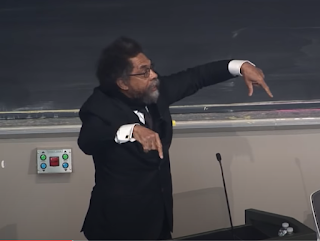 Radicalism, primarily a hobby of upper class white people, requires a steady supply of victims whose stories they can inhale, emote, appropriate and polish up into a bloody revolution. The less exotic the victims, the more likely they are to be replaced. Upwardly mobile successful groups make the least appealing victims. That’s what happened to the Jews. And now it’s happening to gay men. Asians are in even bigger trouble on the victimhood front.

An ideal victim is in a perpetual state of socioeconomic misery and brewing with violence. The trick is fighting to liberate them while keeping them in that same state, available for weekly revolutions and sad sack stories to be consumed by suburban woke ladies at book clubs.

Revolution is about money and power for a select few, but for the dulled denizens of a society that has long since blurred fact and fiction, reality and ideology, the performance is the thing. Political metafictional narratives distill a police shooting into books, movies, and an entire culture which being both real and fiction are more compelling than either fiction or the real world.

The George Floyd fandom took a career criminal dead of a drug overdose, made him a meme, and immersed countless liberals commuting cautiously into the city into a racial rebellion against the imaginary evil empire of systemic racism at the mere cost of wrecked neighborhoods and thousands of deaths. Black Lives Matter leaders got Hollywood deals and mansions out of it.

When it works, it works. The Holocaust was a compelling story, but the sequel sucked. The Jews, instead of going back to concentration camps every decade, successfully built their own country, survived multiple wars and have a thriving tech industry. Any script doctor worth his salt would take a look at such a script and shake his head. The dramatic twist some of the Moscow playwrights came up with was that the Jews were now the Nazis. Didn’t see that one coming?

The plot twist kicks in all the time.

American history is a litany of oppressed groups, the Irish, the Germans, the Swedish, the Jews, and the Italians who arrived, struggled and then got houses in the suburbs. Their social justice great-grandkids have been taught to sneer and call them all “white guys”. And then there was the working class, the coal miners, once the subject of labor ballads, now accused by Rolling Stone and the Harvard faculty driving around in their Teslas of destroying the planet.

Appalachia never made it big, but old stories eventually need to be swapped out for new ones, or at least rotated. You can’t just have back-to-back race riots. The insurance companies won’t stand for it. And even George Soros might lose some money on his investments. Instead you program in some abortion protests, terror attacks, a bunch of new sexual identities, and then bring out the race riots. Left jab, right cross, badda bing, bada boom. That’s social justice.

And social justice incentivizes minority groups to fail and go on failing. A minority group that succeeds is no longer a victim. But it also has to fail in ways that get attention. High suicide rates and overdoses alone won’t do it. Victim culture is about allowing the Elizabeth Warrens out there to live out their fantasies. A minority group needs to be somewhat exotic. It must have a culture to be fetishized and misunderstood. It must be both desired and abhorred so as to shock upper-middle-class parents, but in a way that will make them feel guilty for being shocked.

Which is to say that minorities can’t let their act get stale. A compelling moral case helps, but this is about entertainment. A Columbia student working on his degree in journalism must be able to imagine bombing government buildings in the name of your cause. And enjoy it. The mix of condescension, appropriation and repressed violence is the force that gives American leftists meaning. All that projection needs exciting minority victims as its object.

And when minorities no longer deliver, they get replaced.

Initially there are hints, like “Latinos Must Confront ‘Ingrained’ Anti-Black Racism” (NBC News), “White Gay Privilege Exists All Year, But It Is Particularly Hurtful During Pride” (also NBC News), and “How To Talk To Your Asian Immigrant Parents About Racism” (still NBC News).

(Why does NBC News hate Latinos, gays and Asian immigrants so much?)

When the hints, shouts and UN resolutions stop working then, as with the Jews, there’s rage, violent threats and renewed calls for genocide. The only way to show the victims who stop being model victims how to be proper victims is by making them victims all over again.

And then maybe they can be rescued.

Victimhood is meant to be a baton, a torch passed from the oppressed, who can now afford to be the oppressors, to the newly oppressed who just got here and are already “so tired” of performing the “unpaid emotional labor” of complaining about all the microaggressions.

Privilege requires taking the blame for all of it, but also deciding whom to pay attention to.

Civil rights has long ceased to be a liberation program and has become an art theater piece Only crazies and celebrities think that being seen is power. Performing can be lucrative and emotionally fulfilling to narcissists, the insecure and the emotionally damaged, but real power comes from being in the audience, from buying the ticket and holding the remote control.

The oppressed perform while the oppressors watch. The modern oppressed are eager to perform their oppression on demand, to shout and wail when the camera comes on, to condemn the audience for needing to watch even as they demand that it watch them, conflating liberation and degradation because performative outrage looks like power to those with no sensibility.

This repulsive circus is alien to a culture of equality which comes from self-reliance. Entangled dependencies create grievances while the moral power of independence frees us from blaming others. Equity, unlike equality, is premised wholly on blame, its central moral premise is “accountability” by which it means that everyone must confess to a relationship, must accept a role as the oppressor or the oppressed while knowing that those roles may change any time.

Desperate professional victims enact their own rituals of victimhood, sometimes getting rich in the process, but mostly wrecking their communities and giving themselves mental disorders, because they can’t imagine any form of power except reenacting their own degradation. Robbed of anything to rebel against, they fight phantoms like “white fragility”, “white silence” or “color blindness”, furiously protesting the refusal of their putative oppressors to go oppressing them.

There is power in maintaining the bond between the oppressor and the oppressed. Some actors, no matter how much they hate their typecast part, will go on playing it because it’s the only role they know and the checks are good. Victimhood is a lot like that. And professional victims fear losing their audience and having it move on to a more dynamic minority group redolent of otherness, capable of unreeling a better elevator pitch sob story, most of all.

White wokes need their victims and victims need their wokes. The emotional sadomasochistic relationship yields vast amounts of political power and a relevant identity in an age where most identities, along with business models and private lives, have been swallowed up by the social cloud. The stories we tell also tell us who we are. Are we the heroes or are we the villains?