he stabbing of author Salman Rushdie by a Lebanese Shiite Muslim from New Jersey may be the culmination of efforts by Iran to imitate Al Qaeda and ISIS by building its own online terror network to carry out attacks inside the United States of America. The latest reports indicate that Hadi Matar, Rushdie’s attacker, had been in touch with members of Iran’s Islamic Revolutionary Guard Corps (IRGC). 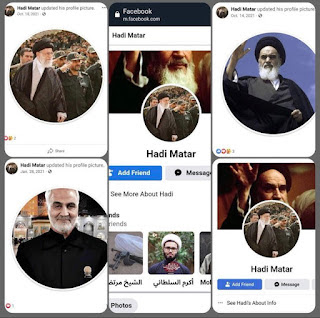 The recent indictment of a member of the IRGC regime terror network for soliciting the assassination of former National Security Advisor John Bolton provided a window into how Iran has targeted former Trump administration members.

The IRGC operative struck up a relationship with an Iranian-American on social media by initially offering $10,000 for photos of Bolton. This is a familiar form of espionage tradecraft in which a foreign spy solicits an American to perform a seemingly harmless and legal act, often involving photography, such as taking photos of individuals or cars, that is then revealed to be espionage committed at the behest of a foreign power. The patsy is then told that he has a choice between committing more serious crimes or being turned in to the FBI as a spy.

The Russians and the Chinese routinely operated this way (which also helps account for the large number of Chinese spies in America, as their citizens coming to this country are compelled to sign papers agreeing to cooperate with their intelligence services that becomes a source of leverage and blackmail), and it now appears that Iran has picked up the same trick.

The IRGC operative promised that Iran would pay $250,000 for hitting Bolton with a car. Indicating that the Iranians had already had their own surveillance operation that they did not want to compromise, the IRGC claimed that Bolton often took walks alone in the park.

The indictment and the Rushdie stabbing cast light on some mysterious incidents including an Iranian woman from Berkeley who catfished an American on a dating site, met up with him at a Henderson, Nevada hotel room, and then stabbed him in the neck as, “revenge against U.S. troops for the killing of Qasem Soleimani”. The death of the IRGC terror leader has been the pretext for assorted terror plots against military personnel and Trump administration members.

The media dismissed the March stabbing as oddball behavior. Media accounts suggested that the stabber was mentally ill. But Henderson is close to Nellis Air Force Base which hosts the MQ-9 Reaper: the same model that was used to take out Soleimani. The attack appeared to be a systematic effort to target a U.S. Air Force drone pilot, lure him to a hotel room, blindfold him, and then kill him. It was a terror plan that only looks ridiculous because it failed.

This is certainly not the first time that Iran has tried to pay for assassinations in the United States. A decade ago, IRGC operatives planned to kill the Saudi ambassador with a bomb at Cafe Milano, a prestigious D.C. resteurant patronized by senators, by employing an Iranian used car salesman from Texas in a plot that was arranged through meetings in Mexico.

A decade later, the internet eliminates any need for international travel. Iran’s terror operatives can solicit Shiite Muslims in this country to commit terror attacks for them with no risk.

At least to the IRGC.

The failure of Al Qaeda terror plots after 9/11 amid the invasion of Afghanistan led the terror group to abandon its founding premise of serving as “The Base” and to crowdsource terrorism through the internet. Myspace was created a few months before the invasion of Iraq. A year later, Facebook emerged. Terror 2.0 took longer to arrive than Web 2.0, but it was close.

The vast majority of Al Qaeda and ISIS terror attacks no longer required the expensive and dangerous travel and training arrangements that had undone so many previous operations. Most of the crowdsourced terror attacks failed when Jihadists contacted ISIS and Al Qaeda only to connect with the FBI, but a few, in Boston, San Bernardino, New York and Orlando succeeded spectacularly. The same crowdsourcing momentum that had made Uber and Airbnb into billion dollar companies also made Jihad risk-free and cheap for terrorist organizations. The perpetrators were dubbed “lone wolves”, but are really the Uber drivers of the Jihad.

Iran has been slow to get into the game. Shiite Muslims are a minority and the IRGC has relied on subsidiary terror groups like Hezbollah, the PMU’s in Iraq, or for that matter Sunni Islamists like Al Qaeda and Hamas, to do its dirty work. America, unlike Europe, still doesn’t have extensive terror networks beyond those of Hezbollah and the Muslim Brotherhood. And Hezbollah utilizes its networks as a money train for smuggling drugs and cigarettes. The Lebanese Shiite Jihadist network may be conducting some of the surveillance, but it doesn’t want to threaten its cash flow from America that also buys it some independence from Iran.

Online crowdsourcing frees Iran from the need to risk the more profitable terror networks. There is evidence that the Islamic terror state is soliciting Iranians and Shiite Muslims in the United States over social media to do its dirty work while offering them sizable sums of money. It’s unknown whether the Rushdie attack came off this way, but the perpetrator’s social media was filled with Iranian Jihadist propaganda. That would have made him a likely recruitment target.

If Iran is working to duplicate its own version of the Al Qaeda and ISIS online training and recruitment system, the threat to Americans could be much more serious than the stabbing of one dissident writer in New York or a man catfished on a date in Nevada. The Islamic regime’s ideal scenario for nuclear weapons would be to detonate them with plausible deniability.

Iranian operatives have carried out direct assassinations of political dissidents in Europe, but have been cautious about putting boots on the ground inside the United States. Despite our weakness and their bluster, Iran still fears and respects us more than Europe. As America gets weaker and our society becomes more fractured, that may not last. For now, Tehran would prefer to carry out attacks by cultivating disposable foreign assets. And once such a capability exists and has been sufficiently tested, it could be used for mass casualty terrorist attacks.

The Biden administration is rushing to cut a deal with Iran that will legitimize its nuclear weapons program even as the IRGC continues to plot terror attacks in the United States. Obama’s “breakthrough” proposal to detach a nuclear deal from terrorism left us negotiating in bad faith with a regime that made no secret of its determination to kill Americans.

Crowdsourcing Jihad creates further distance between the state sponsors and funders of terrorism, the perpetrators and their victims. The Pulse massacre and the Boston Marathon bombings were traceable to individuals, and then only distantly to the Islamic terror groups providing information and training, and hardly at all to the governments behind them.

Iran would like to replicate this model knowing that America’s morale is much weaker than its military and intel capabilities, and that if there is enough plausible deniability, we will do nothing about even the worst kinds of attacks like September 11. Just ask Qatar and the Saudis.

The gradual uptick in Iran-linked domestic terrorism is a warning that Iran’s efforts to create its own cadre of Shiite ‘lone wolves’ over the internet may be working. And that worse may come.