There’s no one quite so woke as a white twenty-something with no identity of his, her or xer own, only peer tastes and consumer products. The corporate fusion of consumerism and identity politics in which everyday brands and retailers from Dove to Walmart champion black nationalism or celebrate ‘pride’ happened because they have the same target demographic. 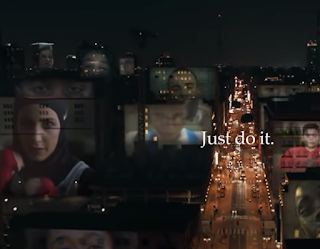 Identity politics, like brand consumerism, is identity for people without healthy identities. The political resurrection of black nationalism was ushered in by Barack Obama, who wrote an entire book about his neurotic sense of racial inauthenticity. Sexual identity politics is equally neurotic.

Oversensitive identity politics can spring from either real persecution or internal insecurities. The persecuted react to oppression by building up the internal community while the neurotic go on the warpath in search of external validation. Persecuted people don’t have the freedom or the free time to dictate the behavior of others. Neurotics, unable to control themselves, instead try to control others, turning their defense mechanisms into rules for everyone else to follow.

The rules keep changing because they fail to address the internal root of the problem.

Wokeness is the emotional pandemic of an upper class that white or even partly black, like Obama and Kamala Harris, has lost touch with any meaningful national, religious or communal identity rooted in something other than pop culture and upscale lifestyle habits. The cultural fusionism of identity politics leverages woke economic and political hegemony, but no amount of identity politics virtue signaling can compensate for the lack of a meaningful identity.

The globalist liberalism that produced a class with no history, no faith, and no larger purpose for being has also made it insecure and prone to falling for cults, cults of personality, conspiracy theories, and any set of ideas that validates their power and turns it into a purpose for living.

That is wokeness and leftist politics in a nutshell.

“Who am I” is among the most meaningful of human questions. Answering it without resorting to religion, to a national history or any kind of tradition is painfully difficult for most people. Human being need identities and identity politics creates manufactured identities, some obviously artificial like the endless alphabet soup of sexual identities, and others, racial and ethnic, more subtly warped like Latinx and black nationalism that replace actual tradition with victimhood.

Identity politics uses oppression to explain all the inadequacies of its narratives. Rather than seeking to reclaim an actual independent past for minorities, it invents one that is inextricably entangled with leftist ideology and with manifest hostility for America and everything about it. While it claims that its goal is pride, it’s actually shame, cultivating a sense of helplessness in the face of history and a determination to destroy the past for the sake of a blank slate future.

Victimhood identity politics is debilitating for minorities, but even more so for white wokes who rely on them for moral validation, playing saviors and oppressors, exoticising minorities to achieve a secondhand sense of meaning and purpose through them, rather than with them.

Underneath all the identity politics is an empty void. Traditional leftist politics envisioned building a utopia out of people whose identities and beliefs had been washed away. Now that this class exists and has come into its own, it is even more pathetically incapable of achieving utopia than the starving peasants and illiterate factory workers traditionally enlisted for that purpose.

Instead of trying to build the ideal society, the class of the classless spends all of its time constructing new identities to form new classes. Posh private schools, Ivy League institutions, activist non-profits and Silicon Valley companies break down into the vicious infighting and cancel culture denunciations over academic concepts that came into being last week.

Utopia means endless debates over appropriation, representation, sexual ethics, unconcious bias, centering, and the invention of new goal posts and genders to redefine victimhood. Underneath all the posturing is the very real trauma of a new generation with no sense of why it exists, of teenage girls who don’t feel at home in their own skins, and teenage boys who have been as cut off from masculinity as their female counterparts are from femininity. 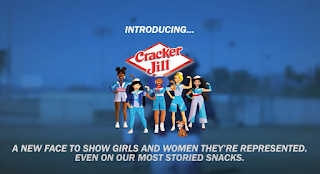 Wokes are reacting to the traumas inflicted on them by a society that robbed them of their identities and replaced those with politics. What do men and women do when they come of age in a world without gender, only politics? Suicide, school shootings, mental illness and transgender projection are a reaction to a society that offers pop culture as purpose.

The common death wish is as undeniable as it is horrifying. Some students shoot up schools, other shoot themselves, some mutilate their bodies, commit suicide, and those who survive are urged to march harder and protest louder because the world is about to end. And they with it.

Politics makes for a poor identity. The narrative of leftist politics is that change is urgent and impossible, that, paradoxically, society can collectively change, but we as individuals cannot, that change can only come through political tribalism and that hate is love, and love is hate.

There could hardly be a state of mind more calculated to produce a broken culture.

Identity politics satisfies only the darkest sides of human nature while traumatizing the others. It promises solidarity, but offers only the most tenuous of conditional communities that use shunning as reward, punishment, and control. A healthy community builds a sense of security, but leftist politics is change-driven and so any stability can only be a temporary phenomenon.

The only thing identity politics is any good for is hating others instead of yourself. And that projection is all that its narratives and organizations offer to those who become infected by its ideas. Its answer to, “Who am I?” is, “I am a victim” and “I hate those I blame for my emotions.”

Identity politics promises to validate identities, instead it turns them into mental prisons, offering constant torment and no escape, but for the faint promise of destroying political enemies. Its greatest appeal isn’t to those with strong identities but those with weak or non-existent ones.

Men and women with neither country nor faith, who already live in Lennon’s Imagine paradise, turn to wokeness and its poisonous identity politics because politics is their only identity.

And that is how the Left wants it.

Dr. Fred Eichelman: The Power of One Light