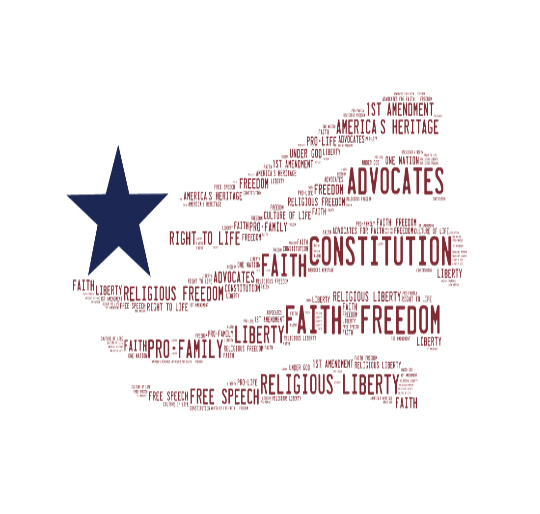 For centuries, going all the way back to the Revolutionary War, this nation has had a strong cultural connection with religion. Traditionally, that religion has been Christianity, though a great mark of America’s respect for individual liberty has always been its tolerance of all peaceful faiths. In this country, we believe that our connection with God is a major source of our strength, and over time, it has become a rock-solid anchor holding our communities together.

Today during this great mobilization of a world government and their truism the evolving role in society by the erase of faith and family. “The increases in church attendance tend to reduce the economic growth – faith is the next big issue corporations will need to grapple with, in an analogous way they have had to address issues related to LGBT communities” (World Economic Forum). Most Americans believe our faith encourages family structure, leads to good and moral principled living, and gives people hope and the purpose they need to do wonderful things for a great nation and for humanity.

There is a vast multitude of ways in which a strong spiritual foundation strengthens society but let us look at just a few of them. A strong belief in God and a healthy concern for His judgment – as well as a genuine desire to please and do right by Him – helps children empathize with each other even before they have had time to learn responsible social motivations for avoiding wrongful actions. When we consider the tragic epidemic of victimization, exploitation, and violence that our children face in schools today, the detriment of this distrust becomes obvious. With less influence from religion and religious principles, FEAR is on the rise, and even more alarmingly, victims have become less able to cope with it. So many precious children and adults have committed suicide over being frightened and coerced by the threat of what they hear and see from the liberal media networks, politicians, and the woke narrative, even trusted children sources (Disney) have come into the light for their dark undercurrents. Ominously, others have lashed out violently, bringing guns to school and taking the lives of their classmates that have just gotten in the way. Equally law enforcement has become complicit in these fear tactics.

There are so many benefits to a strong religious upbringing that are systematically being destroyed. What better way to begin with – our children the innocent mind and these parents that are no longer in touch with their children, notably these children are lost, some dying so young from drug overdoses, trafficking, and the introduction of Critical Race Theory (CRT) by educators and story time with a drag queen in the classrooms of our elementary and kindergarten schools across the country. Our institutions are no longer teaching the fundamentals such as the pledge of allegiance, and a prayer. Without as much as a peep from these educators or the local state governments and school boards, these celebratory events were erased and replaced with the horror and sexualization of babies and children under the guise of CRT.

This basic concern for human life and dignity extends to the macroscopic scale, too. Far too many times we have heard of young people in America falling in with the vicious sect of ANTIFA or BLM and its twisted version of Marxism because their souls were never nurtured by a loving message from God. The foundation of a strong community, empathy towards others, and fellowship of faith are all taught within the church. As bad as threats have gotten, this is several orders of magnitude worse: here we see how faith could have encouraged these impressionable youth from running with these uncontrolled thugs and how its absence strengthens and amplifies a global extremist organization such as ANTIFA. These global extremists are on the brink of beginning a new revolution driven by the convergence of elimination of faith and the traditional family as the political agnostics rewrite our American freedoms, the Constitution

And how will the church respond? Today, I see a vast hollowness within the church without purpose or function in society. Why? How will we see the new world and the changes to our society – and what about our next generation? This is serious.

The Lord goes out like a mighty man, like a man of war he stirs up his zeal; he cries out, he shouts aloud, He shows himself mighty against his foes. (Isaiah 42:13 ESV)

The past 22 months have been a real revelation for anyone that relies on the Word of God to lead them. Even non-believers have had epiphanies in some way or form. Our pluralistic society of today has somehow fashioned God into its image and likeness. Call it what you may, there is something seriously wrong with the times that we are living in. Something does not add up and yet we were warned. Conservatives knew that this was the rise of an information war was coming but we allowed ourselves to be waylaid out of fear of being called conspiracy theorists.

On the left and the right, all that matters is the facts and the truth. God shows himself mighty against his enemies. These adversaries are as clear as daylight for anyone who has eyes to see. The tyranny that we have experienced over the past 22 months has shown them clearly. We have crossed the threshold from evil to a national socialist ideology and practices. And yet, we still have the crowds screaming in favor of Barabbas.

In fact, we seem to have forgotten the horrors of slavery and the holocaust, and through time many other barbaric culling’s of the masses. We fail to see the repetition of history. Instead of this being a united us against them, we have turned on each other in the name of prosperity and elitism. Except that the ordinary man on the street gains nothing from joining the global elitist force. They get richer, and you remain a powerless, meaningless hostage to their whims.

There have been many key players – politicians (both leftist “Republicans” and Democrats), charlatans and so-called faith leaders. Each one of them will answer for their complicity in these unspeakable crimes against humanity. And yes, your silence is complicity.

Evil disguised as virtue: imagine a portrayal of our Lord and Savior Jesus Christ as a lamb, and you are lulled into a fake sense of security that His justice is superseded by his Mercy. Make no mistake that Our God is a God of mercy, but so too he is a God of Justice. And while these masqueraders may seem to be winning the battles, it is Jesus Christ that will win the war. His word says so, and his words are never untruth. And when his wrath is revealed, no amount of wealth or trickery can save the evildoer.

Meanwhile, June 24, 2022, marks the day that the Supreme Court of the United States overturned Roe v. Wade. A glorious Day for Life!

Faith and family prioritize Traditional Christian values. They promote a safe, supportive environment for your children to grow, and establish a foundation of unity. The Bible’s teachings on the importance of charity encourage the most blessed of our society to be generous with the poor – because it is good for their souls, not because the government takes increasingly of their money by force and allocates it to bloated social entitlement programs. Religion also exhorts people to be more honorable, virtuous, and spiritual – without fear and intimidation.

These and other influences of religion have always been so important to us as Americans, that local communities have traditionally been anchored around their church. The house of the Lord was also the neighborhood center for fellowship, support, and even counseling. There is a long and proud history in America of people coming together to raise a church: volunteering and donating their time and money to raise the funds needed to establish a center of worship and friendship, with all the many benefits of community and the freedom to support their neighbors.

But overall, we have somehow forgotten and abandoned the importance of supporting our local church. Let me say, the church has also not reached out to their communities. I cannot understand why. Is it politics? Church leaders seem complacent across regional and denominational lines, perhaps worrying about the future of declining involvement, and not just for selfish reasons. The church’s ability to feed the hungry, visit the lonely and sick, and speak up for justice demands many hands, not just the professional clergy. We donate many times more money to the campaigns of corrupt politicians than we can seem to muster for our own and our neighbors’ spiritual well-being. We spend less time making religion a part of our family lives. In short, we are gradually moving away from God – and it is hurting our communities and our nation.

Nevertheless, I believe that no matter how much we foolishly turn our backs on God, He will never turn His back on us. There is still time for us to turn away from this arrogant, prideful course and welcome God back into our nation and our lives. I only hope we do it quickly: it is to our own harm that we ignore the power of faith, and America cannot survive without God forever.