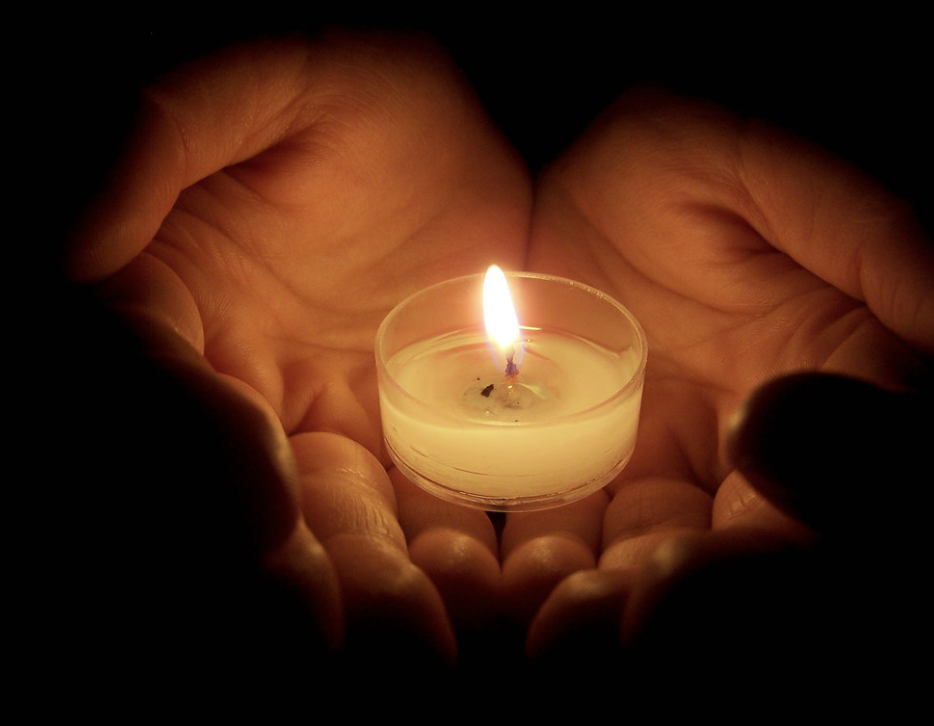 When I was a kid during World War Two in Cleveland, Ohio there was a special show put on by the U.S. Army in Cleveland Stadium. It was at night and at one point they wanted to give an emphasis to the importance of why you needed to have a complete blackout when there was an air raid alarm. All the lights were turned off and the audience of thousands were in total darkness. Then an army officer in the center of the field struck a match to a tiny candle. We were amazed at how brightly it stood out showing the officer’s face clearly. The power of one little light stood out. It reminded me of a children’s song in Sunday School. It was a Gospel song, author unknown, that came from the Moody Institute:

When in high school, television turned me on to a Christian author, Father James Keller, who was the leader of the Christopher movement. His theme on the show was that it took only one person to light one candle to illuminate the way for others. It was a theme that Dr. Billy Graham often used, that one person could make a difference, and if that was to bring a person to Jesus Christ you would indeed be a “good and faithful servant.”

James Keller’s book, You Can Change the World, had a great deal to do with this writer deciding to become a teacher. A couple of the statements by Keller became gems in my collection of thoughts in regard to what I wanted to do in life:

“The teacher hands the keeping of this world to whom he or she instructs.”

“Never forget: what is in a teacher’s head and heart passes into the minds of the young! To be a teacher is to have great mission in life.”

I already knew that Jesus Christ had died for our sins and was the only way to salvation. I also knew that people were called to do certain things in life, and I saw teaching history and English to be key. Again to quote Keller:

The teaching of history offers an excellent chance to inform young men and women of the great struggles for those God-given rights that characterize our Western civilization in particular, in other words to preserve… the religious tradition of the (United States).

In the study of literature, great writing can be traced to the growth of those selfsame ideas and ideals which helped make our democratic way of life and brought man from slavery to freedom.”

Today these would not be popular ideas with the Socialist-leaning Democrat Party.

Teaching was not the only field Father James Keller talked about. He covered the importance of Christians going into business and labor leadership roles as well as the entertainment world and government.

I have had the good fortune to become friends with many like-minded people who have alone shined a light to bring the truth to others. That is one of the reasons I praise PolitiChicks, giving light against the darkness trying to consume our nation.

How we as Christians can shine such a light can vary. In my own case, being over eighty years old, I began writing and currently have a series of books. PolitiChicks helped me start when they published the first short story, ‘A Cat’s Nativity Tale‘, which led to my getting a publisher and an artist to tell the stories of a Cat named Chatool (Hebrew for cat). In the series, Chatool is present and involved during the Nativity of Christ, His Resurrection, the growth of the Christian Church and, coming soon, Heaven. If these tales, written for all ages and using scripture, reach only one person in accepting Jesus Christ as our Lord and Savior, it is well worth the effort.

I urge all Christians, do not keep your beliefs to yourself. At this time, we need Christians to be unafraid to speak out on political issues, especially if they contradict the principles expressed in the Bible. We face very critical elections in November that could determine the fate of our nation.