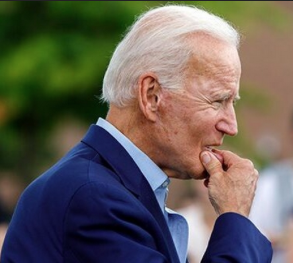 It’s said that wisdom comes from experience and experience from a lack of wisdom. Not so much with Biden. His stunning record of poor experience on every foreign policy issue with which he’s taken a stand has not produced even a half-wit of wisdom.
Back in 1991 when Ukrainians were preparing to vote on a referendum to declare their independence from the Soviet Union, the west’s foreign policy mandarins fretted over the messiness associated with a Soviet Empire in disarray.
Among them was the Chairman of the Senate Foreign Relations Committee, Senator Joe Biden.
He and other western policy makers preferred the preservation of predictability over the dismantling of the greatest threat to freedom the world had ever known.
Biden’s alarm was based on the prediction that if Ukraine left the Soviet Empire, the rest of the subjugated “Soviet Republics” would follow with their own chaotic exits. He worried the outcome would be instability and conflict.
Fortunately, Ukrainians ignored Biden’s hand-wringing and scheduled a national referendum on the issue of independence.
I was part of that historic effort, brought into help run the campaign by my dear friend, Marc Nuttle.  Marc’s inspired work to turn back communism around the world is legend. Joined by the brilliant strategist and thinker, Sal Russo, we produced the first television commercials ever aired on Soviet TV that weren’t sponsored or approved by the state.
Ukrainians — both those who were by ethnicity Russian and Ukrainian — voted at the rate of more than 92% for freedom from the Soviet Union.
9 other nations followed and quickly declared independence as well and the Soviet Empire did indeed fall. But rather than war and instability, the history of every nation formally trapped behind the Iron Curtain is mostly defined by prosperity and progress. With the exception of Russia.
Unfortunately, President Biden hasn’t learned much from Senator Biden’s wrong-headed dread of freedom for the oppressed.
In fact, 31 years after being wrong about Ukraine, Biden was wrong about Afghanistan; turning that country over to a motley group of 6th century thugs. In the process, his chaotic withdrawal cost 13 American soldiers their lives. It also flushed away nearly two decades of Afghan progress toward freedom, rule-of-law, and equal rights for minorities and women.
In the Senate, he mostly opposed efforts to reform immigration and now, as president, his immigration policies are both a domestic disaster, and a national security catastrophe.
As Vice President, he helped shepherd through a disastrous Iran deal in which the U.S. provided $150 billion to support Iran’s terrorist impulses. Meanwhile, the deal barely caused Iran a stutter-step in their pursuit of nuclear bombs. Trump quit the deal, but now Biden is back at it, promising the moon if Iran will just sign the same kind of flawed agreement he promoted under Obama.
Before Biden’s current rhetorical belligerence against China, he spent most of the last 49 years of his public life supporting a stronger China with enhanced trade arrangements, closer political ties, and Chinese inclusion into groups like the UN and WHO. He, and those like him, have turned a despotic Chinese Communist Party into America’s main economic and military rival; and, in the process, his family has prospered mightily by China’s rise.
In all these instances, and nearly every other you could mention from national defense spending to climate change to North Korea; Joe Biden is making the same mistakes today he made as a senator and a vice president.
Now, Biden claims stability is best preserved by refusing Ukraine the aircraft, air defense tools, and full NATO support they need to survive against a better equipped Russian aggressor. The message this sends to other belligerent nations is clear, the results will be less worldwide stability and far more American blood spilled.
But then you can’t learn from a mistake until you admit you’ve made it.  Biden’s insistence that he knows best on foreign policy despite his inglorious record of past mistakes indicates a breathtaking lack of humility.
As a result, Democrats will pay a steep price at the polls this November. Unfortunately, the price paid by Ukraine is far more dear.
Tony Marsh owns Savanna Communications, a strategic communications firm retained by companies, candidates, and governments.
Share
Facebook Twitter Pinterest Reddit Share via Email Print

A Feathered Satire as Told by Harry the Raven