As a Writer and a Citizen Journalist, I have had the pleasure of interviewing many people over the years. They honor me with their time. But recently I had an unusual interview.

On the evening of April 12th, I received a phone call from a lady named Robin B. Jay. Ms. Jay proclaims herself to be an expert bird communicator and interpreter. One of her friends, a Raven named Harry, decided that he wanted his story of a particular incident from April 11 written down for posterity. She also advised me that Harry, and the free flying birds of America, are fans of PolitiChicks. Who would have thought, but it does make sense. 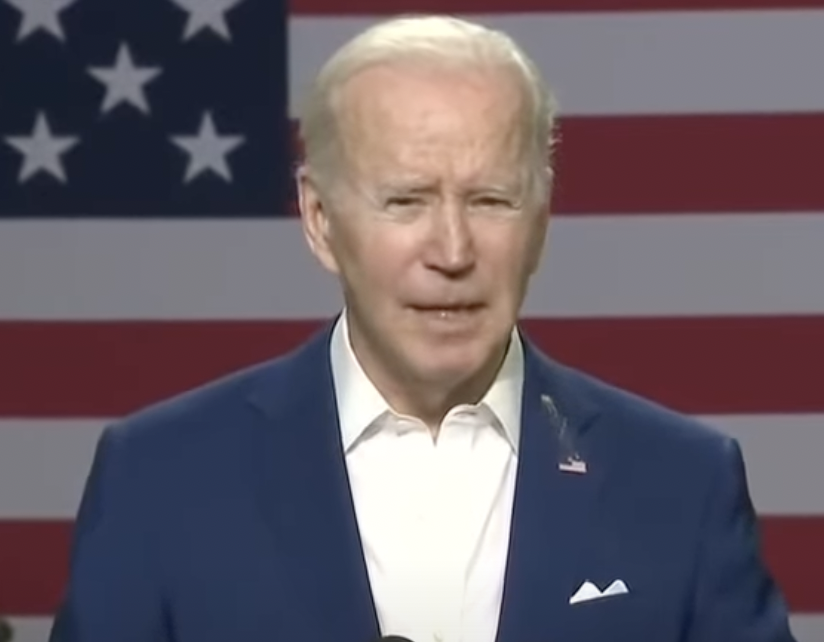 On Tuesday, April 11, Harry made American Bird history when he successfully dive-bombed Joe Biden, causing a subtle marking that hit him on his left shoulder. The spot hit Joe’s left shoulder while niftily and patriotically avoiding the American flag pin on Joe’s left lapel. The “bird bombing” occurred during Biden’s 25 minute speech where he blamed America’s 8.5% inflation rate on Putin. As he began his speech, Harry the Raven Patriot, took aim and fired. His protest was received by Biden in his normal confused state. Joe mumbled on, looking dazed, like a sedated deer facing the lights of the freeway. Harry is lauded as a hero in the animal kingdom and among his ardent fans are Joe Biden’s dogs.

Through the good graces of Ms. Robin B. Jay, she set up a two way Bird-Human Prompter. On Harry’s end my conversation was converted to “bird speak” and Harry’s native Raven tongue was converted to something resembling English. Ms. Day, is working on a series of adjustments where all humans can eventually converse fluently with our animal friends. I found her invention to be a revelation and can’t wait to try out the Cat to Human program.

My interview with Harry is as follows here. 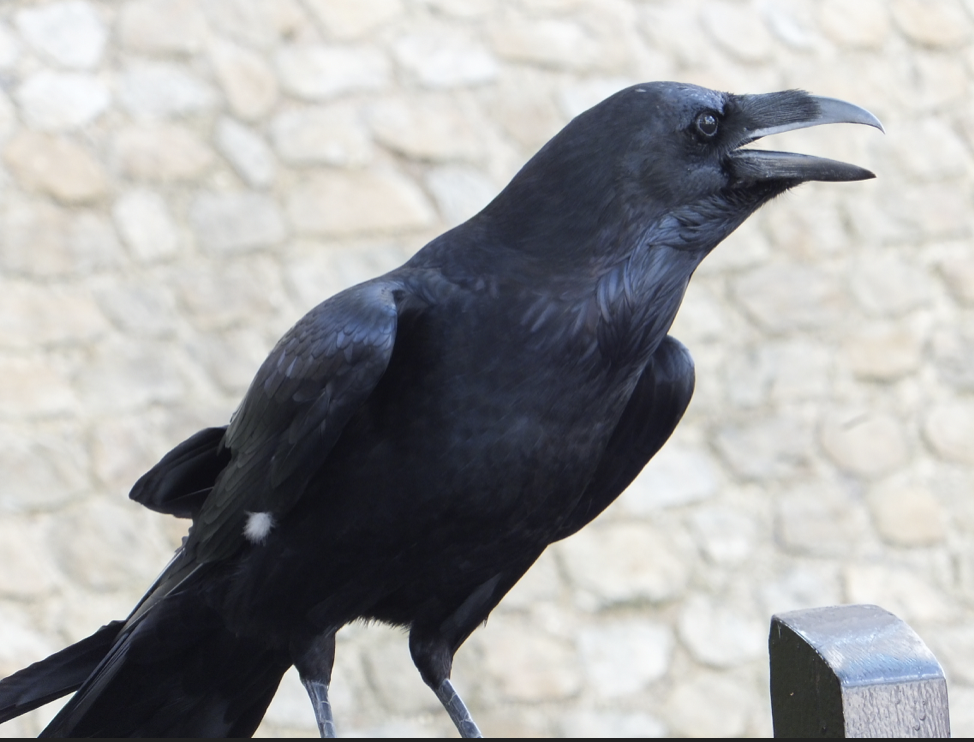 Michael: Harry, thank you for taking the time to speak to me today. Suffice it to say that you are probably the most famous Raven in Washington, if not America.
Harry the Raven: Thank you Michael for participating in this revolutionary form of Bird to Human communication. I want to explain what happened on April the 11th from my bird’s eye point of view.

M: Pretty funny Harry, but let me not mince words: Did you intend to publicly mark Biden with what can
be politely termed as bird poop?
Harry the Raven: Well Michael, in flight or in life, I always fly straight. So I appreciate your candor. Yes, I meant to shame Biden. My Grandfather, Earl, Bird-is-the Word, Raven tried to get Biden outside the confirmation hearings for Chief Justice Clarence Thomas, but was unsuccessful. Biden is a difficult target to hit with bird droppings as he has a tendency to wander off in mid-speech or shake hands with thin air. The Raven Family have been on the side of Liberty from Bunker Hill to present day.

M: Harry, have you’ve faced any recriminations from the Biden Administration over the April 11 th
incident?
Harry the Raven: Yes, as I am in the air constantly, the FBI came to visit my parent’s roost.

M: The Federal Bureau of Investigation?
Harry the Raven: No the Federal Bird Investigative Unit, distant Cousin to the current FBI, equally criminal and
incompetent.

M: If you could, what would you say to Biden if you could speak to him directly?
Harry the Raven: Besides Let’s Go Brandon? Well, yes I would like to personally address the so called “Green” policies of the Biden Administration. Windmills barely create any real sustainable energy. Yet, they kill thousands of my bird brothers and sisters, monthly. In addition, the 5G Network is screwing up many animal’s natural navigation skills, including mine. Speaking of Green activists, my bird friends and I are planning on making a visit to the Four Congresswoman Squad. Of course, they may disagree with our particular use of natural methane.

M: Harry, thank you for your time. Is there anything that you would like to leave my readers?
Harry the Raven: Just keep the faith, folks. When in doubt, think about what would Harry do. On a side note, I also did some redecorating of Joe’s chair on his deck at his home in Delaware. That was before my presence was known at the April 11 speech. Some of the First Lady’s friends have deemed it to be some new form of
liberal “art.”

M: One final, slightly sardonic point: Is there any way that you could see yourself as a Raven Patriot
supporting any of Joe’s policies?
Harry the Raven: No, Michael, not ever. You can quote quote this Raven, “Never More.”