San Francisco leftists met the recall election which tossed out three woke school board members by over 70% with the grace and dignity with which radicals greet all rejections.

“If you fight for racial justice, this is the consequence,” Commissioner Gabriela Lopez tweeted. “Don’t be mistaken, white supremacists are enjoying this.” 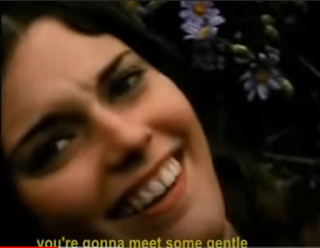 Lopez, who infamously vomited up a word salad when it was pointed out that the board’s push to rename schools carrying the names of historical figures like Paul Revere was based on a misreading of Wikipedia, has already announced that she had been accepted to Stanford’s PhD program in Race, Inequality and Language in Education.

One of the accounts whose supportive tweets Lopez retweeted was a DSA member and former Bernie Sanders campaign staffer who described herself as a Marxist-Leninist.

Over in San Fran, that’s what they call a “progressive”.

Lopez was positively restrained compared to compared to the SF Progressives account which accused the hard lefties at Mother Jones of publishing white supremacist material and tweeted, “liberal establishment legit nazis to make sure SF schools can’t have racial justice”.

If Mother Jones, which once ran a story headlined, “Science Says Your Baby Is a Socialist”, and illustrated with a picture of Vladimir Lenin holding up a child, is really a bunch of white supremacists, what hope is there for the rest of us?

San Francisco is about a third Asian and it was Asian parents who led the recall campaign.

Commissioner Alison Collins, who was already being pushed out for accusing Asians of racism, doubled down in defeat, retweeting more of the same kind of material that got her ousted.

Accusing Asians of white supremacy isn’t surprising from board members who tried to rename schools named after Senator Dianne Feinstein, accusing her of supporting the Confederacy (Feinstein is 88, but she was still born 70 years after General Lee surrendered at Appomattox) and Paul Revere because they misread Wikipedia, even if it doesn’t make any sense.

Siva Raj, an Indian-American parent, and a key figure in the recall campaign, whose 7-year-old son was never allowed to come to class because the board insisted on keeping schools closed, was accused of collaborating with white supremacists. White supremacists are the only people who want to keep schools open. And that means most San Franciscans are white supremacists.

With a whopping 73% of voters casting their ballots to remove Faauuga Moliga, the least offensive of the bunch, 75% voting to remove Gabriela Lopez, and 79% voting to remove Alison Collins, who was already being pushed out after accusing Asians of white supremacy, there seemed to be little room to argue that this was anything short of a vocal reject of the gang.

Or that 79% of San Francisco’s voters are white supremacists.

Supporters of the ousted school board members, many of whom seem to be linked to teachers’ unions, the DSA, or the Communist Party (or all of the above), insisted that the election was illegitimate because only a quarter of the population voted.

One demanded that the election be set aside with a “caretaker board” until November.

Others got out their calculators and insisted that the 93,000 who voted to recall were actually only 16% of eligible voters. Never mind that Mayor London Breed only won 89,580 votes in the special election in 2018 and only 125,000 votes in a general election in which only 177,000 people bothered to vote. Favorite son Chesa Boudin won barely 50%, taking in 86,712 votes in an election in which 193,000 people voted. But math was invented by dead white slave owners.

It’s time to get math out of our schools: a project that the board was no doubt working on.

This kind of thing counts as election denial when conservatives do it, but it’s just passionate activism when lefties decide to reject the results of an election because they lost.

In a follow-up Medium post, Gabriela Lopez implied that everyone who voted against her had somehow managed to “circumvent our right to a democratic process.”

It’s not democracy anymore when people vote you out.

“I am proud to have not been shaken by the entitlement of a few,” she sneered.

The “few” here are 93,000 people, many of whom were parents who wanted their children to be able to attend school while Lopez and her woke allies were busy holding sessions on how to dismantle education and rename all the schools because everything is white supremacy.

But when in doubt cry, then cry racism, and then cry some more.

Subini Ancy Annamma, a Stanford associate prof of education, claimed that, “San Francisco was a test case for the power of $ & whiteness to drive school board elections even in ‘progressive’ cities” and declared, “This is about white supremacy.”

If white supremacy is ruling San Francisco, then the rest of the country must be doomed.

It feels entirely natural to gratuitously accuse everyone, especially “model minorities” like Asians who show up on time and go to the opera, of having internalized whiteness and of perpetuating white supremacy by refusing to join them in their project of destroying western civilization.

But the San Francisco school board recall shows the limited power of the race card.

When everyone is smeared as a racist, then the power of the slur is diminished. And so is its ability to destroy reputations, end employment, and intimidate political dissent even in San Fran.

Even as the wokes double and triple down on accusing everyone of white supremacy, the local residents and even the national media once in thrall to their ravings are rolling their eyes.

When Black Lives Matter co-founder Patrisse Cullors responded to concerns about the organization’s financial mismanagement by accusing black critics of “right-wing media disinformation”, there was hardly a shrug. The familiar buzzwords, once so terrifying, have become just more background noise.

“A tactic that drags on too long becomes a drag,” Saul Alinsky warned in his seventh rule.

The community organizers who tried to rule and terrorize a country have become a drag.