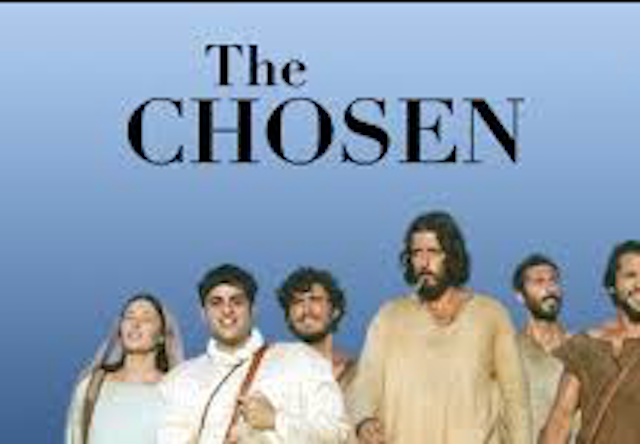 Faith in Christ is both a practice and a principle in my life. My age and the variances of this existence have made me into a dedicated Christian in training. I am finally able to surrender with humility to Christ. I accept that I will continue to feel unworthy of His forgiveness, but that His forgiveness remains.

I understand the isolation and abject futility of living this life with only a vision of this world at hand. That wisdom has been obtained from faith and experience. I balance the struggles of this life with daily Bible reading. Only with a faith in Jesus Christ are the darker moments of this life even remotely tolerable to me. His words in the Gospel are a relief from this sinfully surface world.

I am learning to cherish moments when an interaction in this life, through a book or a film, leads me to run and read Scripture. Reading the Bible is becoming less and less like a childhood habit, performed out of a sense of duty. Reading the Bible is now a mindful devotion; a journey towards Heaven and a consideration of my own mortality. The Bible makes this bitter earth bearable.

I have been reading the Bible fervently as of late. This has been directly inspired by my repeated viewings of the first two seasons of the Dallas Jenkins-created series The Chosen. After years of watching epic films about the life of Jesus, such as The Greatest Story Ever Told and The Passion of the Christ, I find The Chosen to be the most human portrayal of the life of Jesus that I have ever seen in film.

The Chosen presents Jesus as God, but truly incarnated as a Jewish man of his time. He is a skilled carpenter/craftsman. He is a man who, at times, makes his own fires and cooks his own food. Incarnate as human flesh, he can be wounded and he binds his own wounds. He has aches and pains and is overworked and exhausted at times.

In this series, Jesus is also presented as a man with a sense of humor, and a man who delights in the company of all people. He is presented in this series as a Teacher and a friend to his disciples and his followers. He is a humble Son of God, occasionally self-deprecating.

This human portrayal of Jesus is brilliantly articulated by actor Jonathan Roumie. Roumie’s interpretation of Jesus is without the stoicism of previously filmed representations on the life of Christ. We will discuss the rest of the cast later.

The Chosen is a multi-season series about the life of Christ and their plan is that it will run for seven seasons in total. But the main dramatic focus, as referenced in the first two seasons, is the response Jesus evoked in the people that he met, the gathering of his disciples, and his performance of miracles.

This series is financed by private funding, by citizens like you and me. The makers of The Chosen receive no financing from any Hollywood studio nor do they seem to wish to.

Dallas Jenkins is the creator, director, and writer for this series. The writing is in collaboration with writers Ryan Swanson and Tyler Thompson. I feel the sterling writing and the use of a natural language flow is one of several crucial aspects that drew me to The Chosen.

One of the great strengths of this series is that they utilize Bible consultants from three different Christian Faith traditions. These three individuals are Messianic Rabbi Jason Sobel from Fusion Global Ministries; Catholic Priest and National Director of Family Theater Productions, Father David Guffey; and Dr. Doug Huffman from the Talbot School of Theology.

These three consultants help give the program a level of natural authenticity. All three are supportive, but have not been afraid to push back in their consultations with director Jenkins.

Dallas Jenkins has stated consistently that The Chosen is not a replacement for Scripture. What Jenkins accomplishes, successfully, is a drama where the actions of the characters are addressed in what is a plausible dramatic consideration–even if those actions are not always based on actual scripture.

We have all seen Biblical epics where the dialogue is merely a repetition of Scripture. The Jenkins- directed series builds into a combination of scriptural reference and dramatic effect that has driven me to tears.

The believability of the actors is a major part of what is especially moving to me about The Chosen. As I wrote previously, Jonathan Roumie’s portrayal of Jesus Christ is incredibly powerful. His portrayal  of Jesus emotes a serenity and humanity. The language of the actors has a natural flow that is accessible to the audience. They speak with a dialect that seems to be viable to the time of Christ, yet the dialogue is written in English.

Furthermore, the actors have an authentic look and feel in regards to their presence. Roumie’s father is Egyptian and his Mother is Irish. He has a swarthy look that rings true to the drama–no blonde-haired Jesus or disciples in this cast.

Also of note is Shahar Isaac as Simon, Elizabeth Takisha as Mary Magdalene and, of particular note, Paras Patel as Matthew. Matthew appears conflicted to the point of having Asperger’s Syndrome (something he and Director Jenkins have discussed in interviews). He is somewhat socially inept and faces recriminations from his fellow disciples because of his position as a Jewish tax collector for the Romans. Actor Patel deals with OCD in his everyday world so he chose to utilize his malady in the development of the character of Matthew. Succinctly, all of the main and supporting cast are uniformly excellent, but the aforementioned are my favorites among the cast.

As a musician, I always pay attention to the musical soundtrack of any film or program that I watch. Some soundtracks for biblical epics are sometimes Classical sounding.  Some soundtracks are, at times, somewhat overwrought. But the soundtrack of The Chosen is deep and mysterious. Much of it reminds me of Moorish scales combined with Delta Blues overtones. The soundtrack is the collaborative creation of composers Matthew S. Nelson and Dan Haseltine. Much of the music features the stunning vocals of Ruby Amanfu. Captivating and haunting, the Chosen soundtrack is one of my favorite playlists on Spotify.

The creators of The Chosen are generous in making sure that anyone can watch the series by accessing their free app. Both of the seasons are without commercials with the app and have quite a few bonuses. Additionally, Dallas Jenkins has established a YouTube channel with tons of extras. It is well worth subscribing to. The production companies behind The Chosen are Loaves & Fishes Productions and Angel Studios. Excellent work by these companies in the direction, dialogue and presentation of this series.

I look forward to the upcoming seasons and I plan on writing additional articles on The Chosen. More than likely, after the third season I will write a synopsis on all three seasons. I will definitely enjoy writing about my favorite episodes.

The Chosen has helped to strengthen my faith and resolve as a Christian. This series has sent me back to the Bible with a renewed spirit. It moves my soul and stirs my faith. As Christians, we are the chosen by choice.

(From Editor Ann-Marie Murrell: We want to give a special shout-out to The Chosen editor, John Quinn, who has helped make this series cinematic, unique, and sharp. John understands the nuances needed to elevate each of the actors in their scenes, especially the most impactful ones that will literally grab your heart and bring tears to your eyes. GO HERE to watch a lovely interview with John and Director Dallas Jenkins and see their process for creating episodes.)

Greenfield: Islam is the Only Winner in the Ukraine War