“Freedom,” warned the Canadian Broadcasting Corporation, which is funded by the Trudeau government, is a word that has “become common among far-right groups.” 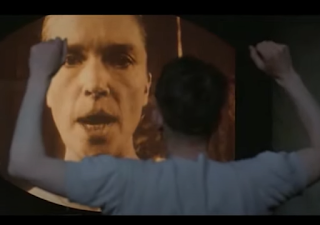 To prove its point, the CBC quoted Elisabeth Anker, a George Washington University prof, who claimed that freedom is a “slippery concept” and that those on the right want “violent” freedoms that reject being “bound by norms of equality” or “norms to remedy inequality.”

On, in other words, freedom from state coercion to create the ideal society of the state.

Anker wrote a book titled Ugly Freedoms which argues that “individual liberty has always been entangled with white supremacy, settler colonialism, climate destruction, economic exploitation, and patriarchy.” The leftist author of articles such as “You Can Love Me Too — I Am So Like The State” and “The Communist Manifesto in an Era of Late-Capital” takes her anti-freedom views to state-owned media forums such as Al Jazeera, the BBC, and Voice of America.

It’s understandable that anyone whose business is going on government media to explain why the government should take away individual rights wouldn’t be too fond of “ugly” freedom.

In George Orwell’s 1984, the Ministry of Truth is decorated with party slogans that include, “Freedom is Slavery” and “Ignorance is Strength.” The organization was based on the actual British Ministry of Information which Orwell had a great deal of experience with while working for the wartime BBC even while his wife worked for the Ministry’s censorship division.

Orwell would not have been in the least surprised by state media trotting out an academic who regularly appears on state media (including that of totalitarian nations such as Qatar) to explain that freedom is really a very naughty thing even as the state crushes a “Freedom Convoy” using emergency powers that were meant to deal with wartime emergencies, not peaceful protests.

But “Freedom is Slavery” propaganda has become extremely ubiquitous on the Left.

Prime Minister Justin Trudeau argued that by using the Emergencies Act to suppress protests, he was actually doing what is “necessary to reinforce the principles, values, and institutions that keep all Canadians free.” Taking away the freedom to protest against his regime was actually keeping all Canadians free. 1984’s version of the same logic was a good deal pithier.

Long before the Freedom Convoy, media in this country had begun vocally insisting that Gov. Ron DeSantis was an “authoritarian” for refusing to impose onerous regulations on Floridians.

“Ron DeSantis is creating a paradise of authoritarianism,” a Washington Post column argued.

An authoritarian paradise, like a place where tyranny is the right not to be told what to do, is a contradiction in terms, but in a backward world where freedom is a threat, elected officials who don’t force people to do things are authoritarians, while politicians who take away rights are liberators. The greatest tyranny is making your own choices and the ultimate freedom comes from government regulation. Only by giving up freedom to the government can we be free.

Civil rights, likewise, mean taking away rights. Anyone who doesn’t is an authoritarian.

“The real threat to civil liberties comes from states banning vaccine and mask mandates,” the ACLU claimed in a New York Times op-ed.

“Far from compromising civil liberties, vaccine mandates actually further civil liberties,” the organization’s official statement argued, and the “justifiable intrusion on autonomy and bodily integrity” would actually empower our “civil liberties” because “rights are not absolute.”

The ACLU, like Trudeau, could have saved a lot of time by writing, “Freedom is Slavery.”

The organization that once claimed to stand for civil rights now argues that true civil rights consist of the government inflicting “justifiable intrusions” on those over whom it rules.

All to keep us all free of some nebulous external threat that is not the government.

The underlying argument behind the spin is that collectivism trumps individual freedom. Postmodern American lefties, unlike their European counterparts, are more likely to disguise this argument in identity politics, claiming that state authority protects minorities, while individual freedom favors white men. Except that Biden and Trudeau happen to both be white men.

The Left insists that preventing it from using state institutions, such as the public school system, to impose its hateful racist indoctrination on students is really a “gag” and a “ban.” After banning everything from Huckleberry Finn to Dr. Seuss, it claims that rejecting its texts is “book burning.”

Parental involvement in schools, like protesting against vaccine mandates, is a form of terrorism and requires the ruthless use of force to suppress those folks who still believe in freedom.

Only by suppressing freedom can we be free to all do what we’re told so that the government can properly liberate us by making us truly equal. It worked for Pol Pot and the USSR.

But allowing parents to have a say in the education of their children is… authoritarianism.

Gov. Youngkin in Virginia was denounced as an authoritarian for allowing parents to decide whether their children should wear masks and what books they should study in class.

Curriculum transparency has already been denounced as Big Brother by the media.

Allowing parents to know what their children are being taught “echoes the worst urges of McCarthyism and feels like Orwell’s Big Brother brought to life,” one hysterical article claimed.

Because 1984 was really a story about parents filing Freedom of Information requests.

If Freedom is Slavery, then Ignorance must be Strength. An increasingly totalitarian radical movement is evading the realities of its abuses by inverting language and ideas. Revolution is the leftist brand, but its revolution doesn’t liberate; rather, they consistently enslave. Its activists want to pretend that they’re the underdogs, when they are actually the ones with all the power.

Academia, media, and popular culture are built on flipping these elementary facts around.

As the tyranny intensifies, so does the intensity with which basic truths are reversed. Freedom, the tyrants insist, is slavery. And their slavery is liberation. The more regulations they impose on us, the freer we are. And the more we want to be free, the more authoritarian we must be.

And if you don’t believe that’s true, just ask the government media. It will take down your name and tell you the same.

Greenfield: Confused Old Man Yells at Nation for an Hour