The Islamic State has gone through three caliphs in almost as many years. 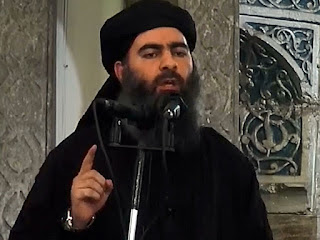 When ISIS declared a new Islamic Caliphate with Abu Bakr al Baghdadi as its caliph, it was a big event. After the United States hunted down and killed him in 2019, there went the caliphate.

ISIS tried to fill the hole by naming Abu Ibrahim al-Hashimi al-Qurashi as its new caliph.

Abu Ibrahim, a former private in Saddam’s army who had been captured by the United States and served time in Camp Bucca before he was released by Obama, had become the actual power behind the throne just as ISIS began taking a beating under Al Baghdadi.

The new caliph’s management was underwhelming and worse still his name was a hoax.

Islam is a very tribal society and the ISIS claim to a caliphate depended heavily on the idea that its caliph had the right sort of ancestry. Abu Bakr al Baghdadi claimed to be descended from Mohammed’s Qurashi tribe. The new caliph tacked al-Qurashi onto his name, but everyone was laughing because he not only wasn’t Qurashi, he wasn’t even an Arab. He was a Turkmen.

ISIS had to go to great lengths to pretend that its new caliph was descended from Mohammed’s tribe. The Jihadist group kept his real identity secret not only to protect him from the United States, which eventually got to him anyway, but to hide the fact that he wasn’t an Arab.

That was a huge problem for ISIS whose base consists of Sunni Arabs and which rose to power by promising to preserve the supremacy of the Sunni Arabs which had existed under Saddam.

ISIS kept on lying that its caliph went back all the way to Mohammed’s Qurashi homeboys. Then, when the United States tracked down and killed him, the truth finally came out.

Now ISIS has announced that it has a new caliph. And this one really is Qurashi. Maybe.

The new Islamic State caliph goes by Abu al-Hassan al-Qurashi (pictured above). After ISIS’ previous Turkmen Qurashi caliph, the name doesn’t come with much credibility. Neither does the title. These days ISIS caliphs have the life expectancy of lab mice. And everyone in ISIS is going by al-Qurashi.

ISIS’ original spokesman, Abu Mohammad al-Adnani, was taken out by one of our airstrikes in 2016. His replacement, Abul-Hasan al-Muhajir, was blown up by our forces in 2019.

“Just confirmed that Abu Bakr al-Baghdadi’s number one replacement has been terminated by American troops,” President Trump had tweeted. “Most likely would have taken the top spot.”

Abul-Hasan al-Muhajir was allegedly a Greek American convert to Islam from Texas (whose ex-wife was recently at the center of a political sex scandal in Texas) and could in no possible way have claimed to be descended from the Qurashi tribe. The idea that he was even being considered for a role at the top of ISIS showed just how desperate the caliphate had become.

Al-Muhajir, allegedly really John Georgelas of Texas, had been the motivating force for the declaration of a caliphate, telling the future caliph that he was sinning by not declaring one immediately. The ISIS caliphate had always been a fraud. Behind the posturing and Abu Bakr al Baghdadi in black caliph drag was a Texas convert and a Turkmen.

Al-Muhajir was replaced after his death by Abu Hamza al-Qurashi as the new spokesman for ISIS. The al-Qurashi part was a reflection of the rapid possibilities for promotion in the group. With caliphs and spokesmen dying quickly, the new spokesman had laid out his claim to the throne. The two most public roles in ISIS were now occupied by men using al-Qurashi as their monikers. And at least one of them was already becoming known as a complete fraud.

Both al-Qurashis are now dead. There’s a new al-Qurashi at the top. And no one cares. 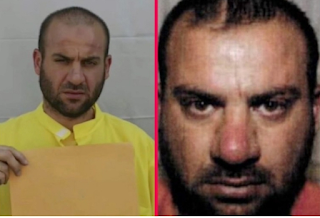 Much as Al Qaeda in Iraq had eclipsed the original Al Qaeda before rebranding itself as ISIS, leaving the original Al Qaeda a hollow shell with emirs no one paid attention to, ISIS-K has eclipsed ISIS leaving behind caliphs whom no one cares about. Recent Islamic terror attacks, including the murder of 13 Americans at Kabul airport, were credited to ISIS-K.

At this rate it’s only a matter of time until ISIS-K builds its own brand above that of ISIS.

Islamic terrorist groups, like rock bands, splinter all the time. Tribute cover brands graduate and become megastars even as the originals fade away, issuing occasional press releases on Telegram. ISIS took Al Qaeda’s vision of a global Jihad that transcended local tribalism and reverted it back to a tribal struggle rooted in Shiite-Sunni resentment over local territories.

Americans wondered in the years after September 11 why no more major terrorist attacks were carried out on American soil. Khalid Sheikh Mohammed, the mastermind of 9/11, had other attacks in the works, but none went anywhere. And eventually he was caught. By then our strategy of pursuing Al Qaeda into Afghanistan and then going into Iraq tied down the terror group to local battles with American troops. The resulting wars killed thousands of our soldiers, but denied Al Qaeda the funding and training time it needed to execute another big attack.

The Iraq War created ISIS and made Al Qaeda’s vision of taking the war to America irrelevant.

Instead of organizing major global terror plots, the new vision was a crowdsourced Jihad using local talent to carry out so-called “lone wolf” attacks. Some of these, especially in France, or the Boston Marathon bombing and the Orlando nightclub shooting, proved quite devastating.

But Osama bin Laden’s vision of a coordinated global war was dead even before he was.

Modern Islamic terrorism is a slow burn that depends on demographic change and prison recruitment to eventually build large Islamic domestic terror groups in America and Europe which means that it will take time to truly kick in.

And that has given us the illusion that the war is over or that it’s on the back burner.

But the two grand animating visions of Islamic revivalism, Osama’s international Jihad, and the ISIS revival of the caliphate, are both dead. Al Qaeda and ISIS are still around, but neither group was able to survive the loss of key leaders and a vision statement rooted in the past.

Al Qaeda was built in the world as it was in the 90s, its vision and structure could not survive the changes that it wrought when it hijacked four planes and killed thousands of Americans. The ISIS caliphate emerged out of the power vacuum created by our withdrawal from Iraq and a weak Shiite government in Baghdad. Unlike its original incarnation as Al Qaeda in Iraq, but all too much like Al Qaeda, it overreached with a grand vision that could not be sustained.

Islamic terrorism is by no means over, it’s more dangerous than ever. And if the stories of Al Qaeda and ISIS tell us anything, it’s that new groups will continue to form in response to changing circumstances as Islamic terrorists continue to react and adapt to the world.

And while we understandably spend time hunting down Al Qaeda and ISIS leaders, we might be better served by stopping the terror leaders of tomorrow, instead of focusing on the dead past.