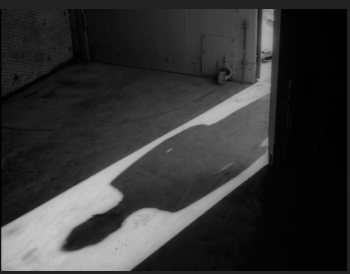 As soon as Haji Matiullah Matie arrived in the United States, he became the poster boy for Afghan refugees.

In November 2021, as swarms of unvetted Afghan refugees airlifted by Biden with Taliban permission arrived in the United States, military social media accounts made him the face of Operation Allies Welcome and promoted stories about his reunion with an officer he had known.

It no doubt helped that Matie had served as a “facilitator and fixer” for Marine Lt. Gen. Lawrence Nicholson. Unlike the Americans who were beaten in the streets, Matie and his family got a password and a special sign that got him access to the airport and a free ride to America.

The New York Times wrote up Matie’s story and so did many other media outlets. By the time he was finally resettled from Fort Pickett, Virginia, to Wausau, Wisconsin, he was famous.

When he flew out to his new home in the small Wisconsin city, the mayor was there to meet him at the airport. The mayor later visited his home along with Lt. Gov Mandela Barnes. The Afghan refugee’s social media accounts were filled with photos taken with local community leaders.

Each visit generated new stories holding Matie up as evidence that Americans should welcome Afghan refugees. And then it all fell apart as Matie was arrested for sexual assault against a person who had been helping him adjust to his new life in the snows of the Badger State.

My Family Is Safe”, a local paper headlined his story. His perhaps, but not American families.

Matie arrived in Wausau, Wisconsin, on December 29th. It took a little over a month for him to show local residents just what the irresponsible resettlement of Afghans means for them

And for all Americans.

Matie, who according to a LinkedIn of the same name, has “11 years experience in rehabilitation and civilization”, has been described as a “tribal leader”, a “prominent man” and a “business leader” in interviews. And he, along with his wife and six kids, were resettled in Wausau.

Wausau, a small central Wisconsin city of 38,735, was volunteered for the risky task of hosting some 85 Afghans, by refugee resettlement activists including the Rev. Rebecca Voss and her First United Methodist Church of Wausau, and the Multicultural Community Center.

“We have a lot to be excited about as we prepare not to give into the fear-mongering,” Voss had urged.

A little fear might have been a good thing.

Since the mass evacuation of unvetted Afghans, four refugees and parolees have already been accused of sexual assault.

Bahrullah Noori, an Afghan refugee at Fort McCoy in Wisconsin, was indicted for attempting to engage in a sexual act with a minor, while Mohammed Tariq was convicted of sexually assaulting a 3-year-old girl at Quantico Marine Corps Base. Off base, Zabihullah Muhmand was accusedof sexually assaulting an 18-year-old girl in downtown Missoula, Montana.

Matie is the fourth.

At the end of December, Voss, her church and First Presbyterian hailed the “honor of helping Wausau’s first Afghan family re-settle here”. She talked up welcoming Matie to her church’s “sanctuary” and using it as a prop for a media interview promoting refugee resettlement.

Perhaps the Reverend Voss will talk to the woman whom her Afghan pet project assaulted and ask her how she’s grown in a sense of community and faith since the sexual assault.

What exactly did Matie do? Police are reportedly considering this a fourth-degree sexual assault. Under Wisconsin law, that covers any “sexual contact aside from intercourse, where there is no consent present” including “fondling and groping”.

Voss had claimed that the refugees bring “vitality” and “a renewed sense of the American spirit.”

While Voss has made no statements on how Afghan sexual assaults renew the American spirit, local elected officials who embraced Matie have been forced to issue evasive statements.

Mayor Rosenberg argued that the alleged assault “doesn’t define all Afghan refugees”, but promised that Police Chief Bliven and “his team stand ready to help with comprehensive and specific training about American legal and social expectations.”

But do Wausau or America really need refugees who have to be taught not to rape?

Last month, the Wausau Police Department had proudly posted that Chief Bliven had visited Matie’s home and that the police department has “been busy learning about Afghan culture.”

The education has been quite rapid. And WPD has learned more than it ever expected.

Last month, Barnes and WPD urged residents to “join us in welcoming” Matie and his family to Wausau. Now the Facebook post has been deleted, but Barnes has no regrets about the move.

“Mayor Katie, Chief Blivens, and Deputy Chief Barnes are amazing leaders eager to learn about and from our newest Wausonians,” Rev. Voss captioned a picture of their meeting.

How much education will it take until they learn the lesson? And when will we all learn?

Matie touted the help of various officers in being evacuated while Americans were left behind Taliban lines. The men he credited included retired Marine Lt. Gen. Lawrence Nicholson.

When the New York Times told the story of how Matie was evacuated it was headlined, “These U.S. Veterans Won’t Rest Until They’ve Kept a Wartime Promise”. Maybe it’s time that we start keeping promises to Americans. And the first promise is to keep them safe from Afghans.

Otherwise where will Americans turn for refuge from Afghan refugees?

We spent a fortune in blood and treasure to protect America from Afghanistan. It’s a betrayal of those lives lost to turn around and bring Afghanistan to America.

Was Christina Lee Murdered Because Critical Race Theory Told Her She Was a Racist?