America’s political system is coming apart. Cities are once again burning because of the plight of what an older class of liberals used to call the underclass. They don’t use that term anymore, and not just because lefties have to refresh their terminology to keep the educated class they have wrapped around their media from realizing that the ideology they treat as progressive dates is older than the telegraph, but because the underclass consists of ghetto kids making nothing and NBA players.

When the star of an HBO series is out there protesting on the front lines, when the sons and daughters of millionaires go to war with cops who couldn’t afford to buy their shoes with a week’s salary, when Black Lives Matter, an organization backed by the Ford Foundation, one of the country’s wealthiest institutions, organizes the burning and looting of family shops, the underclass is a laughable term.

The uber-underclass acts as if social mobility doesn’t exist when it’s been the beneficiary of the single greatest effort at subsidized social mobility in human history. There’s hardly an institution, corporation, or government agency that hasn’t put diversity in its mission statement. Contractors and colleges move minority applicants to the front of the line in this oppressive racist nation of ours.

Those predatory corporations who, in the lefty narrative, are grinding the bones of the underclass, are out front cheering on the very people who are looting their stores. “Smash us,” cry the capitalists. 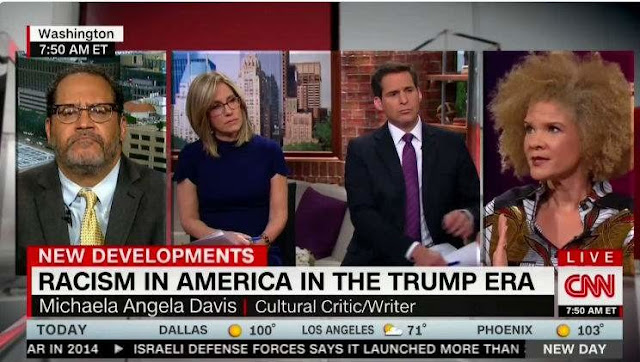 The uber-underclass cries that it’s being oppressed, but who, besides the occasional police officer, who has undergone more diversity training than most college graduates, has body cams welded to every part of his uniform, and knows that one single smartphone video clip can destroy his life, is oppressing anyone? The government, the corporations, the media, academia, Bueller, Bueller?

Is there a single institution in modern American life that isn’t obsessively cheering on the rioters? The best evidence of that is that there’s nobody standing between them and anything they want to take except the occasional exhausted officer nervously holding a shield in front of his face while facing a mob howling for his blood. The only form of oppression that still exists is one of those overworked public servants making chump change in exchange for risking his life to protect everyone else.

Oppression is not being allowed to steal, smash, burn, and kill your way across major cities.

Ah, but wait. Here come the obsessive march of the statistics. Think of disparate impact, life expectancy rates, asthma and diabetes cases, interactions with the criminal justice system, likelihood of finishing college, median annual income, and collective family wealth. There’s your oppression even if the nexus for it is somewhat ambiguous. Are banks unwilling to lend, too willing to lend, are there food deserts in areas burned out by looters, are tobacco companies marketing in the inner cities.

That’s where academics make big bucks piling up conspiracy theories for the uber-underclass.

Lefties got around the inevitable failure of historical materialism by inventing a permanent underclass that would never defect to the capitalists once they were able to buy a home and own two cars. The only purpose of that permanent underclass is to justify the expansion of government. Every argument comes down to a debate between the socialist party and the corporate party over which of their ideologies would do a better job of lifting up people from poverty. Nobody ever asked the people if they wanted to be lifted up, how they want to be lifted up, and if they actually are poor.

Poverty, as lefty academics might say if their transgressive imaginations could venture beyond making similar declarations about history, math and aesthetics, is a construct invented by dead white males. Its relevance to 2020s America is much less than to Dickensian England.

The working poor were so because they aspired to more or at least needed to feed their families. But what if feeding your family isn’t an issue and you don’t aspire to climbing the capitalist ladder? Then you go out and loot the stores of the Korean or Iranian immigrants who still believe in hard work.

The old rules of the American Dream don’t apply at all in some parts of the country. And they only go so far in the rest of it. The issue is inequality, but not of the kind that academics who are paid six figures a year to lecture on the subjects mean. In most of the world, people have access to the resources that their social status entitles them to. America’s bold experiment in meritocracy began to fold when we decided that people deserve a social status that they haven’t earned or worked for.

And then we decided that if they hadn’t achieved it, despite our best efforts to get it for them, our system was still too unequal, and needed to be rigged some more in order to be a good system.

The underclass gained social status and became the uber-underclass: a paradoxical contradiction in terms. Their success became the barometer of our goodness. If they weren’t getting ahead, then we had failed them. Somehow the failure of other people proved that we were bad people after all.

That’s how we got here. And that’s why we continue to repeat the same scenes of burning cities, looted stores, angry mobs, violent confrontations, and pious lectures about our faults.

There’s nothing especially wrong with us except that we keep doing the same stupid things.

We want to be good people. Not really in the biblical sense or any traditional American sense. We want to be the heroes of a Hollywood movie. We want to be the guys who sit in the balcony cheering for the underdog, not the smug fat rednecks or the capitalists in top hats who like things the way they are. We want to fight for change, and a better world, and all those things that fit so well on bumper stickers. Even the best of us is often quite stupid that way. We can’t help it. It’s our culture.

Americas thought that because we could build planes, spaceships, and TV dinners, that we could build a better society by throwing away all the old ideas, and becoming progressive and modern.

Now we’re not much good at two out of three of those things. And our society is badly broken.

There was nothing wrong with America except that we thought there was. And we thought that there was because there were things wrong with us. Life had become too comfortable and we had become so used to working hard that we were sure that we were guilty of something. But what were really guilty of was forgetting how hard our parents had worked and how much we owed to G-d.

Instead we stripped our religion of all morality except for a call for social justice for the less well off.

Our morality has long since become the incessant drone of Marxism. We cannot even conceive of any other morality except its opposite. America forgot who it was, as Obama liked to say, and all that we know is that things don’t work, and we wish they would, but we’ve forgotten how things work.

The Constitution, the Republic, and, for that matter, G-d, didn’t fail us. We failed because we forgot.

The uber-underclass is our revenge. It is what happens when we forget how things work and where they come from. It’s the eventualism of searching for coolness, hipness, and all the outmoded terms for that intangible sensation of being on the cutting edge of something by forgetting yourself.

We are being punished for our attitudes with the consequences of those attitudes. And we are inflicting the pain on ourselves by refusing to wake up and remember who we really are.