There is both bad news and good news for Planned Parenthood these days. Even while abortion made a brief stop once again at the Supreme Court, its numbers are dropping.

A few years ago, abortion hit its lowest rate since it was legalized. The drop in abortion rates parallels the fall in birth rates. Both stem from a decline in pregnancies.

A recent New York Times headline declared, “The Married Will Soon Be the Minority”. But it’s not just the married, but anyone in a relationship or who is connected to other people. 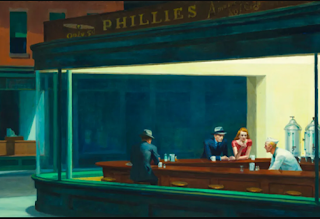 Marriage rates hit an all-time low around the same time, with the single population rising sharply. But the singles weren’t just postponing marriage in favor of extended relationships, because there was also a sharp drop in the rates of physical intimacy between men and women.

Over the pandemic year, the nation’s population grew by only 0.1%. According to the Census Bureau, that was “the lowest rate since the nation’s founding.” Its estimate also showed that for the first time “net international migration… has exceeded natural increase for a given year.”

America’s population has been declining for a while, but the pandemic was particularly catastrophic with international migration easily topping excess births at 244,622 to 148,043.

The demographic snapshot of a society coming apart, the familial, civic, and cultural bonds between Americans dissolving even as growth comes from mass migration is a familiar story from Europe. Internally and externally, we are becoming a society in name only, linked by the legal technicalities of a vast bureaucracy and a disposable multinational consumer culture.

To understand the wave of wokeness and other political cults consuming our civic culture, we need only observe that a third of Americans now have no religion: a number that has doubled in under 15 years. Growing numbers have no family, no children, and little more than their jobs.

And that is why we have open borders. Someone has to fill all those jobs. Generations of Republican leaders defined America as a place where people came to work. Every illegal alien at the border was evidence that our way of life worked at least insofar as economics went. Likewise it appeared that our culture worked because it was so popular around the world.

Cold War logic reduced America to a marketplace. If the country passed the rigorous test of the market, then the rest was bound to fall into place. But after the Cold War came and went, mass migration and mass culture continued to hollow out the country. Free enterprise is vital to a free society, but it isn’t, for most people, the thing that gives them meaning and purpose.

A nation cannot exist as nothing more than a series of workplaces and stores in which tokens earned at the former are then spent at the latter. Mistaking the economic machinery for a nation is the fallacy of assuming that man is nothing more than the sum of his biological systems.

Europe had answered that question a generation or two before we did. Unfortunately we did not pay attention to the answer. America lasted longer because we retained our convictions of exceptionalism, our faith and our family ties longer than Europe did. But with every passing year the cities of the New World with their hipster elites and multicultural labor forces, and subsidized dying rural areas, resemble the decadence of the Old World that their ancestors once escaped.

The restrictions of the pandemic made sense to those elites in exactly the way that it infuriated the rural and working classes. Lockdowns, remote meetings, and masks allowed the elites to retreat further behind a digital iron curtain, serviced by unobtrusive servants, real and virtual, AI and gig workers, freed from having to even leave their apartments to enjoy the pleasures of life.

It never occurred to them, and still doesn’t, that most people don’t want to live that way.

Beyond the now famous population crash in New York and California, and the population rise in Texas and Florida, is the fact that the highest percentage population growth took place in Idaho, followed by Utah and Montana, while the largest percentage losses were suffered by Washington D.C., New York, and Illinois. Some of those numbers can be explained by people from the latter places making their way to the former. But that does not explain all of it.

Americans are experiencing an internal migration and counter-migration, traveling to city-states like New York City and Los Angeles County for economic purposes, and leaving them in pursuit of meaningful connections and a different way of life. It’s why one of the underreported stories in the nation’s demographics has been the black population leaving New York City for the South.

Behind the statistics, the columns of black numbers on white paper, is a spiritual crisis that is much more difficult to fit between the narrow lines of government statistical forms.

A nation needs vertical and horizontal connections, people to other people, and to something above them, a sense of awe and destiny, and without them it withers and dies. The pandemic reaffirmed to many elites their conviction that there are no meaningful connections, that other people are threats and irritants, and that man is just an intelligent ape existing on the random sufferance of a cruel universe that can blot all of us out in a single instant.

It is not at all irrational for anyone living with the conviction of fragility and meaninglessness to panic at the pandemic, global warming, or the threat of nuclear war. If the only order in the universe comes from the arrangement of its underlying forces, then doom is only a matter of time. And the only way to contain the catastrophe is by imposing a totalitarian order.

There is little room in this gloomy universe for the future. That’s why the hipster elites, in between Uber trips to bars and eateries, avoid human connections, escape into digital carpe diems, and reject the idea of having children because they don’t expect mankind to survive global warming, or of whatever crisis comes next to justify their lack of faith in the future.

Their needs, for clean floors, for customer service, or takeout, can be met by a disposable labor force in America or in China. Natural population growth just hastens the apocalypse anyway.

Against this tide of elite despair which permeates the culture that they produce and that has been all but written into law, some cultural resistance continues. Every child born is itself a form of resistance to this elite vision of a cold universe and its even colder technocratic counterparts on this world which would raise children in digital wombs to grow up to be the last of their kind.

In this generation, for the first time in our nation’s history, most Americans have abandoned hope that the future will be better. The low birth rates, the lack of relationships, and the social collapse are all the fruits of the same poisoned tree. Defeating that defeatism will not be easy and our leaders have offered little more than shopworn cliches as the nation’s culture declined.

But despair is not inevitable. It’s the vacuum that forms when there is nothing left to believe in.

Globalization atomizes us. It breaks us up into discrete and isolated groups in the name of diversity, in the name of progress, and in the name of making us more manageable. Fragmented people have less to aspire to beyond their creature comforts. They are easier to soothe with an expansion of the welfare state, a new hate object and smartphone model.

The alternative is to rebuild those connections that make life meaningful, national and familial, and without which nations turn childless and are easily swamped by mass migration.

The Left didn’t just open up the borders around the body of our nation, it hollowed out its soul. A lonely nation of isolates wrapped in their digital cocoons is easy prey for technocratic globalism.

These latest numbers are a warning sign that America is much closer to becoming Europe than we thought. To defeat the threat of demographic replacement and illegal migration, we have to build walls not only around our borders, but around our culture, our communities and our families. We have to not only fight against what we don’t want, but to fight for what we do.