The best of American music is like the Mississippi river with its many tributaries constantly flowing into each other.  The musicians that I have loved since adolescence are still in the soundtrack of my existence.  The Paul Butterfield Blues Band, and it’s varied offshoots, remain a constant presence in that soundtrack.

Here is a musical question: What do Carlos Santana, Eric Clapton, the Grateful Dead, the Jefferson Airplane and the Allman Brothers, among many, have in common? 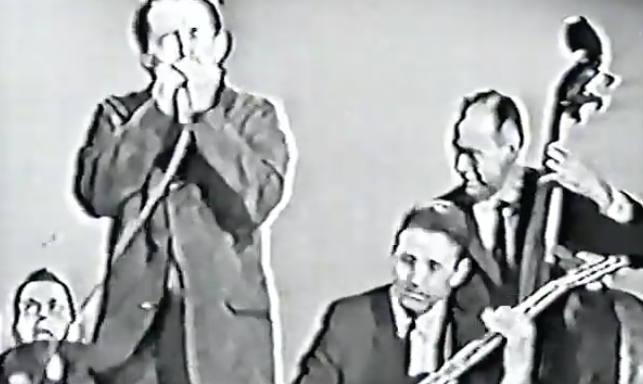 Answer: They were all directly influenced by the Paul Butterfield Blues Band. In fact, original Butterfield guitar hero, Michael Bloomfield, used to give ex-folkies Jerry Garcia and the Jefferson Airplane’s Jorma Kaukonen lessons on how to bend strings and manipulate the mysteries of the electric guitar.

Additionally, both Paul Butterfield and Michael Bloomfield schooled legendary Rock Promoter Bill Graham, and other promoters, about the history of the Blues.  Because of their efforts, Blues legends such as B.B. King, Muddy Waters, Howlin’ Wolf, Albert King, among others, started opening for Rock acts at the Graham’s concert halls the Fillmore East and Fillmore West and other venues. This exposure helped resurrect the careers of some of America’s greatest Bluesmen and broadened the musical education of a predominantly white audience.

I first heard Paul Butterfield three months and one day after my Father’s murder.  It was a Monday, March 28, 1966, a month before my ninth birthday.  My brothers were out of the house for some reason.  My Mother and I were watching a favorite television program called “To Tell the Truth.”  To Tell the Truth ran for 12 years, from 1956 to 1968.  The purpose of To Tell the Truth was for a four person celebrity panel to guess who among three contestants was the “central character.” My Mother and I were great guessers of the central character’s identity.  Paul Butterfield was the central person this particular night.

In this program, I easily picked Paul Butterfield as he looked so cool and confident.  After being identified, Paul played and sang the Nick Gravenites song, “Born in Chicago,” jamming with the Tell the Truth House band.  (I have attached the link for that specific episode at the end of this article.)  The sound of his harmonica reached inside of my childhood pain.  After searching among some friends older brother’s record collections, I found a copy of the first Paul Butterfield Blues Band album.  The harmonica playing and singing of Butterfield were great. But it was the guitarist, Michael Bloomfield, that got my attention.  An expressive, fleet fingered guitarist who continues to move me 50 plus years later with his tone and choice of notes.

At that age, I wanted to look as cool as Paul Butterfield, but I wanted to play like Michael Bloomfield. I didn’t have a guitar, but the seed was planted.  It took root when I had a guitar in hand a couple of years later.

It thrills me that the historical significance of the contributions to American music by Butterfield and Bloomfield have been better appreciated in recent years.  Frequent Bloomfield collaborator and friend, Al Kooper, produced a Michael Bloomfield boxed set that was released on Sony Records in 2014.

“Michael Bloomfield From His Head To His Heart To His Hands,” is a great collection for the beginner to Bloomfield’s music as well as a treasure trove for the experienced fan. It is a four disc set, comprised of three audio CD’s and a DVD of the exceptional Bob Sarles Documentary, “Sweet Blues: A Film About Michael Bloomfield.”  The essays, in the boxed set booklet, by Al Kooper and Michael Simmons describe Bloomfield as the wonderful human being and innovative musician that he was.

The selection of songs on the three CD’s were complied with a lot of love by Al Kooper.  Kooper serves the legacy of his friend well with the set’s selections.  Kooper had first met Bloomfield in 1965 when they both played on Bob Dylan’s classic album, “Highway 61 Revisited.”  The same album that included the seminal Rock and Roll hit, “Like a Rolling Stone.” They became good friends and collaborated further on “Super Sessions,” a stunning set of tunes recorded in the studio. They also performed live together many times, most famously documented on the album, “The Live Adventures of Mike Bloomfield and Al Kooper.”  Note:  The cover of this live album was painted by famed America painter, Norman Rockwell.

Bob Sarles is one of the greatest music documentarians creating historic films with a focus on music figures. His film, “Sweet Blues: A Film About Michael Bloomfield,” nicely frames the Bloomfield box set.  This film was created in collaboration with Sarle’s partner and wife, Christina Keating.  Ravin’ Films is Sarle’s production company.  His directorial and editorial talents are some of the greatest in the field of music history films and film itself.

I recently became friendly with Mr. Sarles via his “Sweet Blues”Facebook page. He generously sent me a final edit of a film created in collaboration with fellow filmmaker, John Anderson, entitled “Born in Chicago.”  This film was started by Anderson over 10 years ago.  It has wonderful narration by Dan Aykroyd and details the warm and loving relationship between the great Southside Chicago Bluesmen, such as Muddy Waters and Howlin’ Wolf, and their adopted sons like Butterfield and Bloomfield.  I look forward to its eventual release.

The legacy of these two great American musicians have been furthered in 2017 and 2019 by the release of two stunning works.  The first being the 2017 Paul Butterfield Documentary, “Horn From the Heart: The Paul Butterfield Story.”  Directed by the aforementioned, John Anderson, Horn From the Heart, demonstrates in great detail what a tour de force Paul Butterfield was as a harmonica player and singer.  A recently released DVD of this feature length film occupies a cherished place in my collection.  John Anderson is another great filmmaker who deeply appreciates the subjects of his films and communicates that profoundly.

In October 2019, the long awaited biography, “Guitar King Michael Bloomfield’s Life In The Blues,” was released. Written by David Dann, it was published by the University of Texas Press.

This is the definitive book on Michael Bloomfield.  Previous books about Bloomfield, by writers such as Ed Ward, Jan Mark Wolkin and Bill Keenom, are also excellent.  However, Guitar King reads like a novel with stunning points of new information and a great compassion for the vagaries of Bloomfield’s life.

I highly recommend this book for the lifetime Bloomfield fan or even if you are new to Michael Bloomfield’s work.  One of the greatest books written about any musician, of any genre.

In the 1950’s, American radio had a lot of clear channels.  Radio stations that had no limitations on their broadcast signal range. Signals could reach to hundreds of miles beyond their point of origin.  There were no FM broadcast stations, only AM.  At that time many teenagers, such as Butterfield and Bloomfield, were discovering the Blues stations on the far right of the dial.  This was music beyond the pop music of the day.  Raw, visceral music, Blues, R&B, Gospel, Real Country, early Rock and Roll.  Many of these teenagers, born in the late 1930’s through the mid-1940’s, were tuning into those stations.

They were the Clear Channel Generation, inspired by Southern and Northern Blues/Roots stations.  Also included were future musicians such as Barry Goldberg, Nick Gravenites, Robbie Robertson, Duane Allman, Corky Siegel, Steve Miller, Elvin Bishop and many others.  The same music in different cities, getting the same results.  Another generation of players.

Ultimately, the Paul Butterfield Blues Band was both an embracement of tradition and an exploration of innovation.  Their addition of Indian music scales into the Blues directly influenced the San Francisco Psychedelic music scene.

When America was at a racial crossroads, they proudly had a band of young African Americans and whites playing music that they all had learned with their adopted Fathers, like Muddy Waters. A lot of love was demonstrated between the old masters and their young disciples, where adopted fathers and sons share love, wisdom and music.