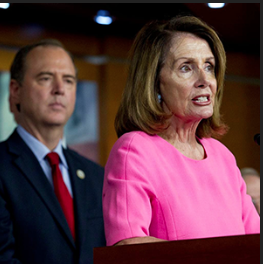 Starting with the Senate Watergate Select Committee in the 1970s, I used to be a Washington Committee/Commission addict. Not anymore. The Benghazi Select Committee became a personal experience in committee failure. It served as a form of political rehab for me. A painful cure, but one that has held firmly.

Washington Committees, and their attendant Commissions, are exercises in tedium. They have mutated into inarticulate dress rehearsals for the practice of political pontification. They usually contain badly wrought, almost campaign-like speeches. Additionally, we cannot forget the handsome budgets that attach themselves to the development of these committees and commissions. The American taxpayer needs to consider the real cost of the day to day activities of these groups.

The Benghazi Select Committee cost the taxpayer $7 million for an 800-page report that reached no conclusion. An expensive distillment of minimal information that the January 6th Commission may well match or surpass.

The January 6th Commission is another exercise in questionable intelligence. It is another futile attempt to denigrate the Presidency of Donald J. Trump and seeks to diminish possibly falsely accused Patriots. Regrettably, it is funded, in part, by our taxes. Why are they wasting our tax dollars on this nonsense? Why feed the committee addictions of delusional Congressional Representatives  like Adam “Russian” Schiff? Why are American citizens, like you and I, denied the right to a fair due process when accused of crimes related to January 6?

Perhaps it is time for a Constitutional Intervention from both Houses of Congress. Perhaps it is time to end the ineffectual Washington committees and their attendant commissions. Perhaps we can avoid this standard level of idiocy masked as an investigative process. Though I remain doubtful.

The members of the January 6th Commission were hand-picked by House Speaker Nancy Pelosi in a weak consultation with House Minority Leader, Kevin McCarthy. The members are as follows.

On the Democrat side we have Committee Chairman, Bennie Thompson, Mississippi, 2nd District. Thompson is the sole Democrat in Mississippi’s Congressional Delegation. Also on the Democrat side is Zoe Lofgren, California, 19th District. Lofgren served as the House Impeachment Manager during President Trump’s first impeachment trial in 2020. Then there’s the aforementioned Adam Schiff, California, 28th District. Schiff was the lead Impeachment Manager for President Trump’s first impeachment trial.

(Side Note: Meeting Schiff years ago after the first Benghazi Select Committee Hearing, my first impressions of him left me cold. He was almost hostile towards me and not sincere or welcoming; a presence that fails the basic principles of humanity. He seems able to ignore or leap across any ethical standard if his agenda is met. Sardonically, one can say he is a great fiction writer, the Russian Dossier being a case in point for his “abilities.”)

Next on the committee is Jamie Raskin, Maryland, 8th District. Raskin served as lead Impeachment Manager during Trump’s second impeachment trial in 2021. He demonstrated no believable level of decorum during the second trial. He is followed by Pete Aguilar, 31st District, California. Aguilar is a member of House Democrat Leadership serving as Vice Chair of the House Democrat Caucus.

A rising star in the Democrat Party is Stephanie Murphy, Florida, 7th District. Murphy joins her more wizened colleagues in the ranks. Murphy is the first woman of color to serve as the co-chair of the Blue Dog Coalition, a group of Democrat “Centrists.”

Former Naval Submarine Commander, Elaine Luria, Virginia, 2nd District, joins the rank and rancor of her party. There have been recent allegations that former Commander Luria has made six-figure investments in a Chinese Communist-linked tech firm, Alibaba. Alibaba has been flagged by our State Department for aiding the Chinese regime’s espionage and military capabilities. Obviously, Luria’s alleged connection to Alibaba needs to be appropriately investigated.

On the Republican side, we have two Congressional Representatives, both of whom voted to impeach Trump. They are Liz Chaney, Wyoming, District-At-Large. On May 3rd she was ousted by her Party as the #3 Republican in the House for her repeated criticisms of President Trump. Closing out the imbalance on the “Republican” side is Adam Kinzinger, Illinois, 16th District. Minority Leader McCarthy attempted to add actual Conservative Republicans like Representative Jim Jordan, but was blocked from doing so by Pelosi.

Pelosi, the Speaker Queen of Mean, has no desire for even a modicum of fairness. Pelosi is drunk with power. It’s one way–Nancy’s way–to the detriment of our America as a whole.

The obvious commonality of the members of the January 6 Commission is that every one of them supported the Impeachment of President Trump. So in essence, this is Trump’s third impeachment trial with a “Commission” loosely promoted as an investigative body.

Recently, I watched with rapt interest some of the hearings regarding the protests of January 6, 2021 via YouTube. Regrettably, for all thinking Americans, there is no intelligent life in either the January Commission nor on Planet Washington. Ultimately, seeking truth from any political Commission is like seeking truth from a serial liar. They have no truth or facts in their rhetoric. In essence, they are the Commission Con Game.

I wish the members of the January 6th Commission would have the moral courage to answer some of these questions:

After listening to the people testify I find the January 6th Commission to be a waste of our tax dollars. There is no real passion on their part to find out what really happened on January 6 or to hold those responsible accountable. This Commission was set up to further harass President Trump and to diminish American citizens who were seeking the truth about the Presidential Election of 2020 on January 6, 2021. The agenda of the January 6th Commission is to deflect from the truth about a rigged election and a coup against President Trump.

Like workers in a carnival, both Democrats and Republican traitors will continue to shuffle the cup until they find their preferred ball. President Trump exposed the corruption in both political parties, our intelligence agencies and the communist news networks. The underhanded tactics of this gaggle of traitors should be offensive to any thinking American. Release all the videos from inside and outside of the Capitol. All we want is the truth.

Don't Ask About Empty Shelves, Our Leaders Are Too Busy Saving the World