In Disloyal: How the Military Brass is Betraying Our Country, the David Horowitz Freedom Center had warned that the Countering Extremist Activity Working Group imposed by the Biden administration and headed by Bishop Garrison, a racist who constantly accused Republicans of racism for the most frivolous reasons, was preparing to purge conservatives from the military.

Now the purge has arrived. 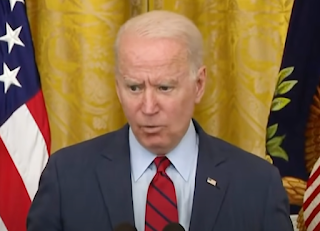 The first task of Garrison’s CEWG was to develop a new definition of extremism. The newly added definition, which takes effect immediately, doesn’t actually define extremism. Since extremism is inherently relative to someone else’s moderation, it can’t be legally defined. But the CEWG’s definition was cunningly written to target conservatives and protect leftists.

The majority of the definitions are already covered by existing military codes and laws against terrorism and treason. The only real addition here is the final definition of “extremism activities” which includes, “advocating widespread unlawful discrimination based on race, color, national origin, religion, sex (including pregnancy), gender identity, or sexual orientation.”

The wording initially appears generic, but it’s actually written to provide military leaders with a wide latitude for targeting conservatives while exempting black nationalists like Garrison.

The new Department of Defense policy “prohibits active participation in extremist activities and clearly defines what we mean by the term extremist activities,” Pentagon spokesman John Kirby falsely claimed. It actually defines almost nothing and that enables it to outlaw nearly anything.

Would Christians who oppose gay marriage fall afoul of this policy? Is anyone who donates to a church that advocates against gay marriage now deemed an “active participant” in “extremism”?

Biden’s definition of active participation includes, “fundraising for, or making personal contributions through donations of any kind (including but not limited to the solicitation, collection, or payment of fees or dues) to, a group or organization that engages in extremist activities.” Potentially donating to a traditionally biblical church or synagogue would mean violating the Biden administration’s new guidelines against active participation in extremism.

The result would almost certainly be a federal case that the Biden administration would lose, but how many members of the military want to spend years of their lives fighting for their careers?

The Biden administration’s leftist radicals are out to intimidate and they may well succeed.

It goes without saying that counterterrorism researchers warning about the national security threat of Islamization would be punished, and that any service members who support or interact with a whole range of such organizations, including the Freedom Center and Robert Spencer’s Jihad Watch are at risk. But so would a majority of service members who are at all conservative.

Garrison’s definition of extremism includes advocating for “discrimination” against “gender identity” which means that anyone opposed to teenage girls being forced to shower with men is now accused of being an extremist and that supporting virtually any conservative group effectively makes a member of the military into an “active participant” in “extremist activities”.

A service member who “likes” a Facebook post from a conservative group is now an “active participant” in “extremist activities”.

What about opposition to abortion?

The Garrison definition of extremism includes advocating for discrimination based on ”sex (including pregnancy)”. The pregnancy part of this might be an effort to silence military critics of pregnant women serving in combat roles. That’s another example of how the Biden political purge is meant to silence legitimate objections to absurd woke policies like the Navy’s new maternity flight suits. But it could be used to suppress pro-life views and church membership.

The question of whether the Equal Rights Amendment’s “on account of sex” language would protect abortion and enshrine it into the Constitution has been at the heart of the debate over the amendment. State ERAs have already been used to define opposition to abortion as a form of discrimination on account of sex.

The Countering Extremist Activity Working Group’s inclusion of ”sex (including pregnancy)” would potentially open the door to branding any member of the military who personally opposes abortion, donates to an anti-abortion group, or just a traditional church, or even likes a Facebook post by a pro-life group as an “active participant” in “extremism”.

Defenders of Biden’s military purge will insist that these are unlikely scenarios. Right up until the point where they begin happening. There is nothing in the wording of these new definitions of “extremism” and “active participation” to prevent service members from being targeted because of their membership in a traditional church or their conservative religious views. And since the military has traditionally received more leeway in restricting religious expression, court battles over these issues should not be viewed as a foregone conclusion. Furthermore the existence of these codes create an intimidating effect that suppresses speech and religious expression.

Exactly as they were designed to do.

“One extremist is one too many,” Bishop Garrison had contended. The new definition is meant to screen out everyone whom Garrison, a supporter of black supremacists like Ta-Nehisi Coates and of extremist agendas like the 1619 Project, disagrees with. That means all conservatives.

Garrison, who defended bigots and extremists like Rep. Ilhan Omar and Rep. Rashida Tlaib, and falsely accused Gov. Ron DeSantis of racism, has been allowed to impose his own discriminatory regime on the military.

And that must not be allowed to stand.

The new purge “preserves a service member’s right of expression to the extent possible”, Pentagon spokesman John Kirby argued. That statement is as un-American as it gets.

There will almost certainly be legal battles over this, but it will be on Congress and the next administration to make it clear to future military leaders that they must rescind or at least dramatically revise Department of Defense Instruction (DoDI) 1325.06 if they want to lead.

And any presidential candidate or congressional member must commit to opposing any military leader who does not agree to remove DoDI 1325.06 and protect political and religious liberty.

The military leaders complicit in this disgrace are the products of Democrat and Republican administrations. If conservatives don’t firmly demand and hold presidential and congressional candidates accountable for undoing this, the radicals will take over the military the way that they control academia, the media, and the corporate spheres. That means ignoring the happy talk, the virtue signaling, the empty distractions, and demanding that the politicians actually do it.

This is a critical threat. It’s one that the David Horowitz Freedom Center took the lead in warning against. Now that it’s embedded in the military, the career brass that the DHFC warned against in Disloyal: How the Military Brass is Betraying Our Country will do everything possible to retain it even under another Republican administration. The leaders, as we’ve warned, have to go.

New leaders must commit to a merit-based military free of discriminatory “equity” measures and political purges that is built from the ground up to fight and to win for America.

Or else we will have lost the military and the war.

Daniel Greenfield: Biden's Mandate Can Trigger a Winter of Lockdowns

Barry Shaw: Where Christian Persecution Exists in the Holy Land This Christmas