During the pandemic, millions of upper middle class white parents experienced for the first time the high quality education that minority public students had been receiving for generations. 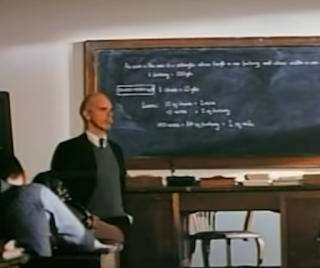 The housing values of America’s communities are based on taxing homeowners to subsidize school systems that are radical, corrupt, and wasteful, but that suburban parents keep on funding because they believe it will prepare their children for college and success in life.

The administrators and teachers expect high levels of parental involvement in local school systems and understand that the ungodly sums of money being poured into their systems depend on parents sacrificing to make sure their kids are going to be able to afford to live in the same kind of communities and repeat the cycle of sending their kids to the same schools.

The Left smears this as systemic racism, but the only systemic thing is the sheer amount of money and effort that suburban parents put into maintaining schools that fail to meet the basic educational standards of virtually every previous generation, but still give their children a future.

The systemic racism does not come from the superiority of suburban schools, but from the way Democrat cities and teachers’ unions broke urban schools in minority areas. The issue, despite media lies, isn’t money. The per student spending in major cities like New York City ($28.000), Chicago ($16,000), and Los Angeles ($24,000) remains staggering. But as with any number of government bureaucracies from the Pentagon to the homeless crisis, the money doesn’t buy anything except an expansion of the system that is rapidly gobbling up all the cash put into it.

The crisis finally arrived at suburban schools with the pandemic. Administrators and officials rapidly dismantled standards, shut down any kind of accountability, moved classes to Zoom, and went on with the business of demanding more money to solve a crisis they had created.

Absenteeism skyrocketed, grades dropped or were dropped, and teachers were free to jettison standards and focus on woke political agendas while neglecting any actual education.

The urban ghetto model had finally come to the best suburban schools not by way of race, as the Left and their media often insisted, but by cutting parents out of the loop and letting the system have its way. This was not simple laziness and greed by the teachers’ unions, though that was a definite added bonus, but a plot to destroy educational standards nationwide.

The plan is largely succeeding as colleges that formerly valued the SAT and other admission testing metrics discard them as part of their equity plans, and school districts eliminate gifted and talented programs, and write new rules discouraging firm grades and deadlines, allowing tests to be retaken and essays to be rewritten as often as it takes to get students promoted.

Some of this is happening under the pretext of the pandemic and some as part of the extended commemoration of George Floyd’s drug overdose death, but all of it is part of an existing plan to move education away from standards and toward politics. In the new educational standards you don’t need to learn grammar, to understand how a cell divides, or what 2 + 2 equals. The new standards all involve students learning to become activists who advocate for leftist views while reporting each other for thought crimes to woke social media lynch mobs.

The criticisms of critical race theory in classrooms are valid, but they often miss the forest for the trees. Teaching children that they’re born racists or victims because of their skin color is horrifying, but it’s one component of a larger educational program that has rebooted civics as a program for radicalizing students into a Red Guard to take over every institution they enter.

The program isn’t new and the speed with which corporations fall into line behind woke agendas testifies to its previous existence and its growing effectiveness. Many suburban parents were relatively comfortable with having their children turned into militant environmentalists, pro-abortion, or gay rights activists. Some are now drawing the line not at civil rights activism, but at a classroom process that explicitly demeans their children and takes away their future.

Their partial awakening is welcome, but it’s a little late and extremely incomplete.

Many parents did not care what their students learned as long as the system appeared to be putting them on track for college and success in life. Now the system has begun announcing that it doesn’t believe in success and that their children don’t deserve it anyway. The educational standards forming the basis for the future they had been paying extortionate property taxes to maintain were suddenly being dismantled before their unbelieving eyes.

The Virginia gubernatorial election and the elections in New York and New Jersey are the first shock waves of outrage hitting the system. Youngkin didn’t just run on critical race theory, as some social media echo chambers from out of state thought, but on building up schools because suburban parents are still convinced that more money for education will fix everything.

For every dime that goes to increasing educational standards, 90 cents will be used to hire more administrators, implement new equity plans, funnel more cash to educational consultants and giant textbook publishers, and raise teacher salaries which will put more cash and clout in the pockets of the unions bent on destroying the system. The hole in the boat will only get bigger.

The problem with American education is not a lack of money. The public school system will be no better at educating students if it were “funded like the military”, as activists argue, than the military is at winning wars. Just as in wars, what’s missing isn’t resources, it’s the objective.

The American school system, like the rest of our institutions, is in an uncomfortable state of transition between its traditional goals and values, and the new radical agendas of the Left. The educational system, as leftist educrats protest, is still built around a traditional approach to education, but it has been captured from the top down and the bottom up by radicals who want to radicalize not only the subject matter of education, but its purpose and method.

The same corrupt system which had destroyed education insisted that parents were racist and selfish for refusing to understand how hard it was for all the other students. But, just as in urban schools, it was hard for those students because the system had deliberately made it so.

The public school system broke itself and, like union boss Randi Weingarten, blamed the breakage on everyone else, while insisting that the destruction be institutionalized.

Anything else would be systemic racism.

But the only systemic racism in schools is educational wokeness. Many suburban parents embraced wokeness alongside standards because it helped give their children a competitive advantage over Asian, Indian, and other high-performing minorities. The corrupt bargain fed into a college admissions system that valued social justice activism over academic brilliance.

The ideal balance between wokeness and standards made suburban white liberal students more competitive than their high performing or underperforming minority counterparts, not to mention academically gifted students in more conservative rural areas. But now the woke devil must have his due. And the price is not only the competitive advantage, but all of education.

Students who want to get ahead in the new system have to develop an appetite for woke activism, for turning in their peers for politically incorrect thoughts, for marching in rallies, discovering a sexual interest in their own sex or deciding that they are really the opposite sex.

And the system is performing brilliantly as students conform to its radical expectations.

Parents have been slow to understand the sheer scale of what is happening and conservatives have been equally slow to spell it out in clear and unambiguous language. After Virginia, education is on the radar and Republicans are planning to use it as a model for winning the battle and losing the war by promising to outspend Democrats on public school systems.

This is a strategy for short term political victories and catastrophic long term cultural defeats.

Republicans are right to assert support for strong educational standards. That’s an area where Democrats have become vulnerable after tipping their hand. But restoring standards to a system that is becoming institutionally opposed to them is more than a matter of winning elections.

The problem, as lefties like to say, is systemic. And the system must be dismantled.

The real lesson of Virginia is that conservatives do better with local control and lefties with national control. But, despite election victories, the momentum is with the nationalization of public schools, from the Department of Education to Bill Gates’ Common Core projects, to the Biden administration’s use of the FBI to intimidate local parents speaking out at board meetings.

The only way to reverse that momentum is to truly decentralize education by funding students, not systems, abandoning the public school model and replacing it with vouchers and subsidies for private schools that will allow parents to choose the education that fits their values.

Cloward-Piven works both ways. The deliberate destruction of the system is also an overreach that allows conservatives to propose alternatives to a leftist system instead of propping it up.

And yet every time the Left pulls out its Cloward-Piven plot, the GOP tries to prove that it can manage a declining system better than any of its leftist political opponents. It’s true, but it’s no accomplishment. When hijackers are trying to fly a plane into the World Trade Center, boasting that you can do a better job than them of keeping it level is a low bar that solves nothing.

If Republicans want to start winning culture wars, instead of culture battles, they need to think like the Left and reinvent systems instead of competing on systemic competence. The Left isn’t destroying education because it’s incompetent, but because it wants to reinvent it.

Ann-Marie Murrell: The Kindness of Christmas in East Texas