Some 2,200 years ago, Antiochus IV set up an idol in the Jewish Temple in Jerusalem and had pigs sacrificed on the altar. Joseph Biden II has his own plans for a pig and an altar in Jerusalem.

Bidentiochus’ Chanukah gift to the Jews is an Islamic terrorist consulate in Jerusalem. 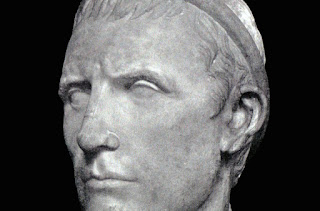 Like Antiochus, the Biden administration has spent the past few months alternately terrorizing and bribing Israelis to accept its plans for a consulate to the terrorists killing Jews in Jerusalem.

“We want the American Consulate to constitute the seed of a U.S. embassy in the State of Palestine,” Mohammad Shtayyeh, the PLO’s current prime minister, had boasted.

Biden is clearly on the same page.

Russia and China operate diplomatic missions to the PLO in Ramallah. If the Biden administration really wanted to open a consulate to be closer to the terrorists, they would stick it in that terrorist capital: a former Christian city taken over by Islamic killers as their base in Israel.

Instead like the old dead Syrian-Greek tyrant, Biden wants to plant his idol in Jerusalem.

Antiochus had forbidden the Jews to keep the Sabbath, inaugurate the new monthly moon of Rosh Chodesh, and celebrate the holidays. Biden followed in his footsteps by forbidding the Jews to celebrate Jerusalem Day marking the liberation and reunification of the city.

The joyous celebration in which children sing and wave Israeli flags, and thousands of people from across the country and the world take part in a parade through the Old City, was denounced by Biden’s State Department as a “provocation”. What else is a provocation?

The Biden administration ordered Israel to “preserve the historic status quo on the Haram al-Sharif / Temple Mount – in word and in practice.” This “historic status quo” was imposed by the Muslim occupiers and bans Jews from praying at their own holiest site.

The Trump peace plan had proposed that, “People of every faith should be permitted to pray on the Temple Mount/Haram al-Sharif, in a manner that is fully respectful to their religion, taking into account the times of each religion’s prayers and holidays, as well as other religious factors.”

The PLO, Hamas, and the Biden administration rejected this call for basic religious freedom.

Instead the Biden administration, following in the footsteps of Antiochus, has ordered that only Islamic idolatry should be permitted on the site of the Holy Temple.

The only thing Biden hasn’t done is erect an altar to Zeus and sacrifice a pig on it.

Maybe he’s saving that for his next Chanukah party.

The Biden administration restarted the flow of cash to the PLO even though the Islamic terrorist group continues to incite and finance the murder of Jews. In the week before Chanukah, an Islamic terrorist opened fire in Jerusalem’s Old City killing Eliyahu David Kay, a 26-year-old guide at the remnant of the Temple known as the Western Wall, and wounding 4 others.

The PLO’s Palestinian Authority media declared that the terrorist had “died as a martyr.”

In response, Biden’s State Department warned its employees to stop visiting the Old City so that none of its personnel will be caught up in the terrorist attacks that the administration is funding.

Meanwhile the Biden administration is applying diplomatic pressure on Israel by refusing to vote against a UN resolution calling for the destruction of the Jewish State and warning against allowing Jews to live in homes in parts of Israel claimed by its Islamic terrorist allies.

The creation of a terrorist consulate in Jerusalem is against both Israeli and American law.

When President Trump moved the embassy to Jerusalem, he followed the Jerusalem Embassy Act of 1995. The Act had been co-sponsored by Biden and stated in plain language that, “Jerusalem should be recognized as the capital of the State of Israel.”

Before that, Biden had co-sponsored 1992’s SR-113 which had congratulated “the residents of Jerusalem and the people of Israel on the twenty-fifth anniversary of the reunification of that historic city” and called on “the President and the Secretary of State to issue an unequivocal statement in support of these principles.” Maybe Biden ought to follow his own resolution.

In 1990, Biden co-sponsored SSR-0106 which had gone even further by denouncing “ambiguous statements by the Government of the United States concerning the right of Jews to live in all parts of Jerusalem” which “raise concerns in Israel that Jerusalem might one day be redivided and access to religious sites in Jerusalem denied to Israeli citizens.”

From that Biden has gone on to denounce the right of Jews to live and pray in Jerusalem.

When an Israeli court ruled that Muslim occupiers who had been illegally resettled by the UN in Jewish homes in Jerusalem when Jordan invaded, occupied, and ethnically cleansed the holy city had to pay rent or leave, the Biden administration warned Israel not to evict the occupiers.

While Jews don’t have a right to live in their own homes in Jerusalem, Biden wants to impose his terrorist consulate on Jerusalem on behalf of the Islamic terror state he hopes to create.

Having turned over Afghanistan to Al Qaeda, ISIS-K, and the Taliban, he wants to turn over Jerusalem to the PLO and Hamas.

Biden had vowed during his campaign to open a terror consulate in Jerusalem without even consulting the Jewish State. Now as Chanukah approaches he is ramping up the pressure. The Islamists and appeasers in Biden’s State Department have reportedly taken to yelling and threatening Israeli officials over their refusal to place Biden’s PLO pig on the altar.

But the legacy of Chanukah tells us that the fortitude of faith can prevail over tyranny.

The Democrats and the media pretended that their problem wasn’t with Israel, but with Netanyahu. And yet now that Netanyahu is out of office, nothing has changed at all.

They didn’t hate Netanyahu: they hated the Jewish State. Just like they don’t hate any particular Republican president, when they burn American flags and cities: they hate America.

Like Antiochus, they hate the religious conviction and moral tradition that Israel represents. It’s what drives their obsession with denying Jews the right to pray at the Temple Mount, and with struggling to keep Jews out of every house in the city that exists as a living testament of G-d.

Why is the Biden administration following in the footsteps of Obama’s religious war to claim Jerusalem for Islam? How better to destroy the roots of the Jewish and Christian religions?

The Biden administration wants to turn Chanukah from a celebration of religious rebirth to its suppression in the very city where the faith and arms of a tiny people defeated the might of an evil empire and unleashed a heavenly fire from a neglected flask of oil in the Holy Temple.

As Jews light the menorah once again the way that their ancestors thousands of years lit that single menorah, flooding the courtyards and alleyways of Jerusalem with a golden glow, they send a message to Antiochus IV and Biden II that faith in G-d is stronger than any tyrant.

A Swiss Experimenter, A Nazi Collaborator, and an Iranian Tech Tycoon Own the Democrats