In 2001, the Taliban blew up the giant Buddha statues. Now they’re charging tourists five bucks each to go see the statues that aren’t there. Considering the Islamic knack for destroying statues, tombs, historic buildings, and anything that isn’t a mosque, tourism can be tough.

Fortunately the Taliban have the opium business to fall back on. 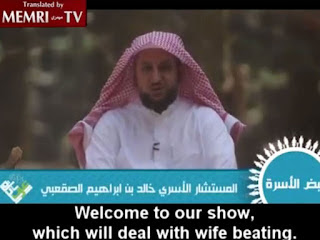 While officially the Taliban deplore drugs, their takeover was partly backed by the country’s drug lords who were eager for an end to America’s war on drugs. Planting season has arrived and everyone is expecting a lot of drug money to start flowing into the Taliban’s terrorist coffers.

The Taliban response to international complaints has been the familiar drug shakedown.

“If the international community recognizes our government and we receive aid and development assistance, then poppies will definitely disappear,” a Taliban governor told the media.

Former U.S. administrations had offered aid in exchange for suspending the drug business. And while Afghanistan’s only real cash crop didn’t go away, the Jihadist bosses of the opium OPEC were willing to occasionally reduce production in exchange for cash from Uncle Sam.

The Biden administration is directing over a hundred million in aid to Afghanistan, but what the Taliban really want is the $9 billion in money from the former government they had overthrown.

That includes the $1.3 billion in gold sitting in Manhattan vaults near Ground Zero.

The Taliban would like that gold, but so would the families of the victims killed by the Taliban’s Al Qaeda allies on September 11.

The 9/11 families had sued the Taliban and won $7 billion in damages. But back then the Taliban didn’t have money just sitting around in downtown Manhattan.

That’s no longer the case.

Biden’s problem is the familiar one facing the Obama administration over judgements won by terror victims against Iran and the PLO. How do you funnel money to the terrorists without letting their victims get hold of it? The answer is that you pay secret ransoms or send “humanitarian aid”. Withholding money from terror victims to pay terror bosses looks tacky, so just turn the money into ransom for American hostages or medicine for crying local children.

And so despite the fact that the Taliban negotiate with all faiths other than their own in bad faith, the Biden administration is still negotiating with the terrorists who broke every previous deal.

A week after Thanksgiving, some of Biden’s boys from the State Department, USAID, the Treasury Department, and assorted spooks, flew off to talk turkey with the Taliban in Qatar.

And how to bypass them.

All it takes is certifying that the Taliban are nice folks now and it’s time to work with them on feeding and clothing the Afghan people, not to mention educating the girls of Afghanistan.

A week after the Taliban banned women from television, Biden’s State Department spokesman Ned Price released a statement praising the Taliban’s “openness to engaging with the international community on full access to education”.

Price further claimed that the Islamic terrorist group which closed most schools to girls had actually “welcomed efforts to verify and monitor progress to enroll women and girls in school at all levels.”

The Taliban, apparently, also “asked for support in the education sector.”

Preferably in the form of cash, heroin, or Black Hawk helicopter parts.

According to the Taliban, 75% of girls are back in school. And if you believe that, you probably work for the State Department.

The Taliban’s newfound feminism is as suspect as that of Andrew Cuomo, Bill Clinton, Ted Kennedy, and Joe Biden, but they want money and Joe Biden wants to give it to them.

The levers for extracting that cash are a combination of blackmail and victimhood.

The Taliban will cash in on opium while the people starve. And then ask for money in exchange for shutting down the drug trade and then getting the people something to eat. The remaining Americans and Afghan visa recipients are also hostages who can be traded for more dollars.

That’s another reason why so very few of the visa recipients ever made it to the airport. And why the majority of those who did had no visas and no vetting, but probably did pay off the Taliban.

The Taliban can only make so much money from charging tourists to see the missing Buddhas.

Now everything is fine again.

When the Taliban aren’t beheading members of female sports teams, they’re showing a great deal of “openness” to “engaging with the international community” on their feminism.

The Biden administration promised to leave Afghanistan, but the United States never leaves anywhere. Aside from taking in tens of thousands of Afghans into our country, we’re still on the hook for feeding, clothing, and educating the Afghans in Talibanland, not to mention Pakistan.

Even once the Taliban get their billions and their UN seat, we’ll still be sending them aid.

In December 2000, the State Department boasted that it had sent $113 million in “humanitarian assistance to the Afghan people”. It further bragged that the “United States is the largest single donor of assistance to Afghans, and has a long record of providing such assistance.”

All the while it acknowledged that the Taliban were mischievously harboring Osama bin Laden.

That money stolen from American taxpayers covered “food, housing, health and education programs” for the Afghans. And the State Department shamefully bragged that “of every ten dollars” in aid, “nine dollars is a United States contribution.”

Next year the Taliban contributed four airplanes directed at killing thousands of Americans.

Having learned nothing in twenty years, the Biden administration and its career diplomats expect Americans to continue funding a Taliban welfare state.

This time the Taliban really believe in feminism, they insist. This time they’re really committed to fighting terrorism. And this time they surely won’t host another terrorist attack on America.

As long as we pay them enough.

Greenfield: The Decline and Fall of Kamala Harris