On Earth Day, New York City’s leftist environmentalists succeeded in pushing through a ban on rat poison. The ban on efforts to fight rat infestations in city parks was championed by The Black Institute, founded by former ACORN boss Bertha Lewis, claiming that rat poison was racist. 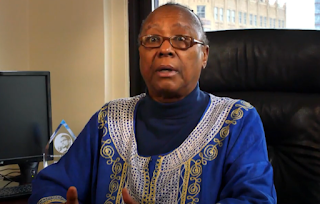 Over a dozen New Yorkers contracted leptospirosis and are suffering from liver and kidney failure. One of them is already dead. The symptoms of leptospirosis include fever, aches, and jaundice. Even those who survive can end up with brain damage.

While leptospirosis is common in the third world, it’s rare in the United States and was mostly seen in rural areas among farmers who work with livestock. That’s because leptospirosis is spread through contact with animal urine and we don’t live in cities infested with vermin.

Or at least we didn’t until the Democrats and their radical environmental lobby got its way.

The takeover of the Democrats by radical activists backed by billionaire leftist foundations means that major blue cities are now governed by every lunatic leftist idea under the sun from critical race theory to the denial of the existence of women to allowing the rats to thrive.

Baltimore, one of the few major cities with a leptospirosis outbreak back in the 90s, has a notorious rat problem, but despite that decided to ban some rat poisons. Democrats were outraged when President Trump condemned Charm City’s rat problem when they should have been outraged that the city not only has a severe rat problem, but that they’re making it worse.

California’s Governor Newsom signed a rat poison ban last year even though the state’s rat problem had already led to the spread of typhus, a medieval disease, through rats. Now Los Angeles vets are warning about the rise of the “rare” leptospirosis disease in local dogs.

Once the dogs pick it up, it’s a lot easier for their owners to get it too.

The story notes that leptospirosis is a “bacterial disease associated with the waste from rats; it is usually seen in rural areas where rats are more abundant.” But these days rats are running the show in Democrat cities which legalized homelessness and banned rat poison.

While many Democrat cities have a rat crisis, no city has gone as quickly to the rats as NYC.

New York City’s rat complaint calls shot up from 16,000 to 29,000 in one month. COVID shutdowns killed the weakest rats but led to the rise of so-called “Mega Rats”. Viral videos show rats the size of small dogs frolicking around apartment kitchens and biting small children.

And even climbing on a sleeping man on the subway.

The New York Post warned that, “rats as big as bunnies are roaming the streets in broad daylight, nesting in trees and chewing through car engine wires”.

While Democrats and environmentalists fight to ban modern century rat control technology, New Yorkers are returning to the dark ages and hunting rats with dogs. Amateur rat hunters like the Reynold’s Ryders Alley Trencher Fed Society (RATS) use terriers to hunt down and kill rats in Manhattan. While the medieval approach has made for great publicity, using dogs to kill rats just leads to a greater risk of the dogs and potentially their owners contracting leptospirosis.

Chinese and Russian state media however enjoyed regaling their viewers with the spectacle of America’s leading city overrun by rats and reduced to hunting them at night with dogs.

Rachel Carson’s crusade against insecticides may have led to millions dying of malaria. The green crusade against rat poison is beginning to claim lives in New York and Los Angeles. Modern sanitation helped stop the insects and rats that spread medieval plagues, but as environmentalists put bugs and rats ahead of people, the diseases are coming back.

Environmentalists claimed that they were banning rat poisons to protect dogs and minorities. But rat urine threatens dogs and the spread of leptospirosis is concentrated in minority areas where residents are being terrorized by the giant rats unleashed by their Democrat rulers.

While Mayor Bill de Blasio’s wife Chirlane McCray can’t account where $850 million from her mental health program went, his administration cut millions from its rat control budget. His wife’s staffers alone account for the $2 million cut from fighting rats. But there is more than one kind of rat and the two-legged kind of leftist Democrat is far worse than even the giant “mega rat”.

If the Democrats want to have giant junkie tent cities covered in trash and human waste, they’re going to have to aggressively fight rats instead of pretending that they can cut off their food supply rats with expensive trash cans. And if they want to ban rat poison and resort to prevention strategies, the first step is cleaning up the homeless tent cities and their waste.

But the Democrats want junkie tent cities and a ban on modern rat control methods. And so the “rare” diseases we used to associate with medieval times or the third world are no longer rare.

The first leptospirosis cluster in New York City claimed three victims in 2017. In 2021, it’s already up to thirteen. Around 10% of the infected develop the serious version of the disease requiring hospitalization and around 10% of those die. That means over a hundred are infected. Worldwide annual death rates for the disease are in the tens of thousands indicating how high the potential for serious infections and deaths can be as our cities become third world hellholes.

A study of New York City’s rats found that they carried a “a vast diversity of microbes that may affect human health” including “Seoul hantavirus, which causes Ebola-like hemorrhagic fever and kidney failure in humans”, bacterial pathogens that can cause “life-threatening gastroenteritis”, and two novel hepatotropic hepaciviruses which can infect humans with hepatitis.

Rats may “serve as mixing bowls”, some researchers warned, “providing an environment in which pathogens may interact and even exchange genes”. While Americans have sneered at Wuhan’s bat soup, American cities are maintaining horrifying breeding grounds for disease.

While New Yorkers studiously wear face masks and show off vaccination tattoos, the next pandemic may be breeding in their parks, their sewers, their subways, and their kitchens.

Like Rachel Carson’s malaria millions, the next pandemic may be due to the assiduous efforts of environmentalists to cripple our ability to fight disease. Democrats are unleashing a rat explosion in major cities and as the rat populations grow, more people sicken and die.

The “mixing bowls” of rat populations are breeding viruses that exchange genes and become deadlier. The rats will survive them, but humans may not. Today’s pandemic came from China, the next one may come out of New York City or Los Angeles, not out of a lab, but a sewer.