The press releases went out on schedule and the media rewrote them into news stories. A group of “principled” Republicans was going to fundraise to support Democrat congressmen. 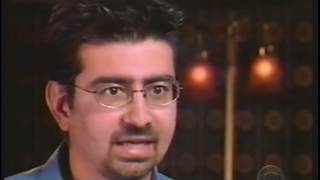 The stories rolled out on schedule from different media outlets while appearing nearly identical. And the real story, as usual, was not what was on the page, but what had been deliberately left out. Reuters described the Renew America Movement as a group of Never Trump Republicans “whose leadership includes former Republican Governors Christine Todd Whitman of New Jersey and Bill Weld of Massachusetts.” Hardly a single story mentioned the actual leaders.

The Renew America Movement was co-founded by Evan McMullin (pictured above) and his running mate Mindy Finn. Its national political director, Joel Searby, who is quoted in the media’s writeups, was the chief strategist for the McMullin campaign. Donations to RAM go through Stand Up Republic, which is the anti-Trump group that McMullin and Finn originally set up. The press release for the new pro-Democrat campaign even came from Stand Up Republic. The media actually had to work not to mention McMullin or Stand Up Republic in its stories about the RAM campaign.

And the media did a fine job of lying by omission to the public in order to elect Democrats.

Why not mention McMullin and Stand Up Republic? McMullin launching another anti-Republican effort wouldn’t be news. His presidential bid was a pathetic disaster and his current Utah Senate campaign isn’t likely to fare much better. In 2017, he was described as owing $670,000 from his presidential campaign. That still appears to be the case. By 2018, there were still complaints that he still owed staffers tens of thousands of dollars and that the financial mess was due to “frivolous spending by McMullin and his campaign manager Joel Searby.”

You can see why the media is playing up the former GOP governors and burying the basic information about the exciting new plot by Never Trumpers to help Democrats win elections.

Stand Up Republic’s anti-Trump fronts multiply like rabbits or Communist front groups during the Cold War. Searby also created Christians Against Trumpism & Political Extremism whose leadership includes David French’s wife and Vincent Bacote: a theologian who suggests that all white people are racist. Then there’s the Centrist Project, where Searby was a senior strategist, which was renamed United America, and whose site closely resembles Stand Up Republic.

McMullin is also on the board of advisers for Republican Political Alliance for Integrity and Reform (REPAIR) alongside Anthony Scaramucci and Michael Steele, who are also on board RAM, and Miles Taylor, the “Anonymous” co-creator of RAM. McMullin and Finn are the founding signatories for A Call for American Renewal which was promoted by Republicans for Integrity. Some of these groups are little more than a website. Sometimes not even that.

As the New York Times recently noted, there seem to be more anti-Trump groups than anti-Trump Republicans. Like their leftist fellow travelers, there are a plethora of PACs and groups that do little more than churn out social media clickbait while cashing in on Trump.

It would be hard to pretend that this house of cards that seems to exist to do little more than collect names for mailing lists and solicit donations is in any way newsworthy.

But there is also a more important reason that goes to the rotten heart of the operation.

Stand Up Republic had scored $800,000 from Pierre Omidyar’s Democracy Fund Voice and $750,000 from the Hewlett Foundation. Omidyar, a Franco-Persian billionaire, is the richest man in Hawaii and the digital version of George Soros. His projects include the pro-terror site, The Intercept, and a plan to “Reimagine Capitalism”. Hewlett is a more conventional leftist setup.

The “principled” Never Trumper network championing “moderates” to “heal our country” is actually backed by the same money as Black Lives Matter radicals and racists.

The Hewlett Foundation is one of the backers of the Democracy Frontlines Fund which poured tens of millions into a variety of black nationalist groups including the Movement for Black Lives.

The Movement for Black Lives (M4BL) is a BLM umbrella group which is backed by billion-dollar leftist foundations like the Ford Foundation. Considering its wealthy anti-Israel backers, it’s unsurprising that M4BL has embraced the antisemitic BDS movement, falsely accused Israel of genocide, and tried to oust any Jewish groups that wouldn’t join them in destroying Israel.

The Omidyar Network promised last year that it was committing $500,000 to “racial justice” and focusing on 5 groups including the Movement for Black Lives. It also couldn’t let the anniversary of September 11 pass without announcing a joint initiative with Soros, the Ford Foundation, and other leftists to pour money into Islamic groups fighting against America’s counterterrorism.

Omidyar is also the sugar daddy of the Never Trumpers, funding The Bulwark together with the Hewlett Foundation. Omidyar’s Democracy Fund has provided $1.6 million to Bill Kristol’s Defending Democracy Together. It’s all just Democrats funding Democrats… together.

Never Trumpers keep insisting that they’re fighting against “extremism” and “insurrection”, but the money that funds them is dirty cash that backs terrorism and insurrection against America.

Essex opened fire on New Year’s Eve in New Orleans killing, among others, a honeymooning couple. Betty Steagall was shot in the back of her head while embracing her murdered husband. The racist terrorist left a Black Liberation flag lying near the corpses of the doctor and his wife.

This is the gang of racist cop killers and violent murders that Never Trumpers are allied with.

Shakur and her motto are used by a variety of the black nationalist groups that share funding sources with Stand Up Republic including BLM. But it just gets worse from there.

The Hewlett Fund provided funding to Repaired Nations whose virtual Virtual Pan African Solidarity Conference included speakers like Inem Richardson of the All African People’s Revolutionary Party. The AAPR, which recently sent congratulations to “the Communist Party of China for 100 Years of Existence Fighting to Liberate China and the Whole of Humanity”, has a mission of “unifying” Africa under “scientific socialism”. It also recently declared that “Palestinians have every right to militant resistance to the apartheid regime of ‘Israel'”.

That is what happens when foundations get into the black nationalist and terrorist business.

It’s also the sewer in which Never Trumpers swim, occasionally surfacing to scold and tout their principles, without addressing where the money financing their operations really comes from.

Stand Up Republic and The Bulwark claim that what they stand for is moderation.

But the sorts of lefties who fund Black Lives Matter and groups that embrace Marxist terrorism are not moderates. Never Trumpers don’t draw their support from moderate Democrat funders, but the billionaires and foundations who fund the very worst extremists and radicals on the Left.

Why are they funding Never Trumpers? Because the Biden administration, like the Obama administration, is running their program of racial division, socialism, and authoritarianism.

Renew America Movement is working to protect a Democrat legislative majority to enact a radical agenda that includes federalizing elections, eliminating the filibuster, and packing the Senate and the Supreme Court while warning about the Republican “threat to political norms”.

The latest Never Trumper shell game depends on trotting out old Rockefeller Republicans as fronts for a radical operation of racists and terrorists whose goal is destroying America.

No one was fooled the last time around. They’re even less likely to be fooled now.