When Sunrise Movement DC issued its ultimatum that either the Jews had to be kicked out or it would boycott a D.C. statehood rally, it was a familiar purity test. And, like most purity tests, was about testing a willingness to hate people and endorse a new extremist position on demand. 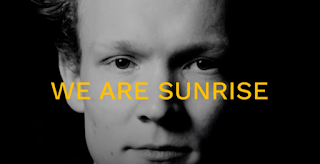 Purity tests that have no constructive purpose except to undermine and oust a leadership that is insufficiently radical have become commonplace in the Reign of Terror era of American politics.

When Democrats adopt socialism, endorse the elimination of the police, tear down the statues of Washington, Jefferson, and Lincoln, champion critical race theory, and insist that there’s no such thing as men and women, it’s as the result of an escalating series of purity tests.

Sunrise DC declared that it would not participate in events with what it falsely claimed were Zionist groups, but were actually, mostly fellow leftists who hate Israel as much as they do.

The National Council of Jewish Women, one of the three groups singled out by Sunrise DC, had supported or allied with Linda Sarsour, Peter Beinart, and Rep. Ilhan Omar. The NCJW had gone as far out of its way to align with the Hamas caucus as it was possible without actually turning into an anti-Israel protest group. Revealingly, nothing it had done was good enough.

Why beat up on Sarsour and Omar’s pals? Sunrise DC was actually imposing an anti-Semitism purity test on the Declaration for American Democracy, a pro-election rigging coalition. And true to form, its ultimatum was met with an uncomfortable refusal by other leftist groups and politicians to either condemn anti-Semitism or condemn the Jews. The purity test had succeeded.

Black Lives Matter D.C. swiftly jumped in to declare that Sunrise D.C’s “statement wasn’t anti-Semitic, no matter how many times oppressors want to repeat it.” This was as much a threat to any leftist, prog, or liberal who might want to stand up to anti-Semitism, as it was to Jews. Fail the anti-Semitism purity test and Black Lives Matter will damn you as an oppressor.

Even before the BLM threat, the message had been received. And the outcome noted.

The same Democrat establishment that tossed away American history, including its own, opposition to racism, support for women’s rights, and dozens of other things that it used to claim were principles, but actually turned out to be mere shibboleths, was ready to throw Jews on the bonfire of its convictions. Not that it should have surprised anyone except Jewish leftists.

The anti-Semitism purity test was inevitable based on the history of the last two centuries and a much more recent history of modern institutional anti-Semitism at colleges and universities.

Sunrise DC and BLM DC were running the same play that their members had likely taken part in on college campuses where Jewish students are routinely ousted from student government and campus positions on the pretext that they must be Zionists. Like safe spaces and pronoun police, what happens on campus doesn’t stay on campus. Only now the entire civic space is playing the role of the helpless university administrators who don’t want to offend the radicals.

The leap of these anti-Semitic purges from the campus to major leftist advocacy groups foreshadows the next stage of the leap when they become a fundamental reality of public life in the institutions, private and public, controlled by the new generation of identity politics leftists.

Hating Jews, under the putative guise of opposing Zionism, is about to become a core progressive value. And those values have become the moral code of the ruling class.

The Jewish groups that failed to fight campus anti-Semitism are about to live under it.

A movement like this is not just the product of a few activists with a social media account. Nor is the evolution of the anti-Semitism purity test a tantrum being thrown by a few obscure groups.

When you follow the money, it becomes all too obvious what is really taking place here.

The Sunrise Movement is funded by George Soros and the Rockefeller Brothers Fund, among others. Soros and the Rockefeller Brothers Fund are the premier funders of the anti-Israel movement in America. It’s unlikely that the Sunrise Movement, an environmental group that previously showed little interest in Israel, suddenly decided to boycott a completely unrelated rally because organizations with the “J” word in their name were going to be present.

Likewise, it’s implausible that the Movement for Black Lives, a BLM umbrella group, launched its support for BDS and opposition to the Jewish State, for reasons unrelated to its close ties to the Ford Foundation whose own funding of anti-Israel and anti-Jewish activities are legendary.

The rise of what some have called a new anti-Semitism was not simply an activist phenomenon. Nor is it especially clear that there is an authentic grassroots leftist movement that can be separated from the billionaire donors and foundations who finance the groups that fund it. Much as Soviet front groups couldn’t be properly detached from the Old Left, the foundations that serve a similar role can’t be detached from the New Left. Tracing the money is difficult enough, but determining when the foundations fund ideas or originate them can be all but impossible.

What is clearer is that leftist anti-Semitism is a top-down, not a bottom-up, phenomenon.

American Jews have tried to convince themselves that individual incidents, first on campuses and then in the streets, violence and vandalism under the guise of political correctness, did not make a pattern. They have gone on trying to ignore these “random events” while refusing to connect the dots, and trying to silence those who were connecting the dots for them.

And when they finally do connect the dots, they’re eager to blame Israel, not the anti-Semites.

But the Left was purging Jews before there was a modern State of Israel on the grounds that they were reactionaries, bourgeois, cosmopolitans, or any number of similar accusations.

Zionism is just the latest politically correct excuse for hating Jews. And it’s not the only one.

The National Council of Jewish Women, much like the anti-Israel activists of the Religious Action Center of the Reform movement, might wonder why they were targeted. If they had any sense of history, including that of their own, they would know that the whole point of purity tests is to reduce the base to mindless radicalism by convincing them to embrace what they once knew to be wrong. That includes convincing people to hate others and to hate themselves.

Each purity test passed destroys the morals, principles, and basic decency of human beings. It’s how normal people turn into the howling mobs we read about in history books or watch in historical newsreels. “What kind of people could do that?” we wonder.

The answer is all around us.

Compelling people who used to be Democrats, then liberals, then progressives, and finally dogmatic leftists to jump through one more hoop makes them more willing to do anything.

And if there’s anything that history teaches about the Left, from Stalin to Mao, from Che to Pol Pot, from Kim Jong-Il to Mengistu there will come a time when ordinary people will indeed be expected to do “anything”, whether it’s to kill or to be killed in the name of the revolution.

Anti-Semitism is just one more stop on the extremist expressway. Like critical race theory and much of the rest of identity politics, it divides people into those who deserve to be beaten and those who deserve to do the beating to distract everyone from the fact that the leftist ideology of victims and oppressors is really about creating plenty more of both as grist for its political mill.

The Sunrise Movement claims that the planet is on the verge of destruction and Black Lives Matter insists that the greatest threat to black people are police officers, both are absurd lies, but like anti-Semitism they’re really weaponized distractions for a massive power grab.

Organizations like NCJW or RAC embrace the extreme margins of the Left and are baffled when the anti-Semitism from those margins not only intensifies, but burns hotter than ever. The purity tests intensify with each concession: each willingness to embrace Sarsour, Omar, and whatever leftist social justice bigot follows on their heels only leads to worse hatred.

The leftist anti-Semitism that began on college campuses is defining a leftist America.

Anni Cyrus: Inside the World of Sharia