Over 1.7 million illegal alien invaders were caught on the border in the last fiscal year and detentions hit their highest level since the 1986 illegal alien amnesty. 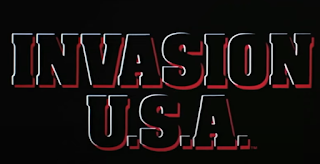 During the election, Biden warned that he couldn’t shut down President Trump’s immigration enforcement policies right away. “The last thing we need is to say we’re going to stop immediately … and then end up with 2 million people on our border.”

Biden stopped them anyway and we’re less than 300,000 illegal aliens away from 2 million.

And when illegals don’t succeed the first time, they keep trying. A quarter of the invaders captured in September were repeat offenders.

The approximately 147,000 “unaccompanied minors” who were intercepted are the largest number on record. And to reward human traffickers for their use of minors or alleged minors, the Biden administration is proposing to pay invaders who were separated from the minors they were trafficking a sum of $450,000 per minor. That could amount to millions per clan.

All this while Americans can’t afford to buy a home, put gas in their cars, or food on their plates.

There could be no better incentive for illegal aliens to join the mob of border invaders trafficking children as their passports than the promise of million dollar payouts from U.S. taxpayers.

But now the Biden administration is going further by turning America into a sanctuary state.

Sanctuary states and cities had previously tried to force ICE to stop making arrests. Now Biden is giving them what they wanted and making all the country into one giant sanctuary state in blue and red states, in places that want immigration enforcement and those that don’t.

Alejandro Mayorkas, Biden’s Homeland Security boss, has issued guidelines for what he deemed to be “protected areas”. Renaming “sanctuary” to “protected” does little to disguise what the Biden administration is doing to protect its illegal aliens from arrest and deportation.

The new DHS Guidelines for Enforcement Actions in or Near Protected Areas make it essentially impossible for ICE to do its job by barring arrests in these “protected areas”.

Protected or sanctuary areas are places where illegal aliens can’t be arrested and they include, but are not limited to, any kind of school or college, a medical or health center, any kind of religious area, playgrounds, school bus stops, community organizations, or a protest zone.

And arrests can’t be made in their general vicinity either.

This comes after Biden and Mayorkas had already barred ICE from detaining illegal alien criminals in the vicinity of courthouses making it easy for sanctuary cities to keep releasing them until they finally kill someone, and also barred raids on companies employing illegal aliens.

Mayorkas’ only working definition of Biden’s sanctuary zones is any place where people “receive or engage” in “essential services or activities”. That could be used to cover nearly anything.

Including possibly supermarkets and grocery stores.

Jon Feere, a former senior adviser for ICE, now working at the Center for Immigration Studies, notes how broad the list of protected sites is. “Near a vaccination site (any street with a Walgreens?)” That would potentially cover nearly every single pharmacy in America and the endless variety of other institutions that have been repurposed as COVID vaccination sites.

Not to mention, “any place where children gather”.

Law enforcement personnel are now expected to play a bizarre game of hopscotch and make sure that there isn’t a Safeway, a school bus stop, a church, a food pantry, a community center, a playground, an urgent care clinic, or anything else on a block where they detain an alien.

In a high-density urban environment this is calculated to make detaining illegals impossible.

Mayorkas refuses to provide a full list of sanctuary areas or the legal proximity where arrests can be made. “To the fullest extent possible, we should not take the enforcement action near the protected area. There is no bright-line definition of what constitutes ‘near’”, he writes.

Immigration enforcement is effectively being ruled out across entire neighborhoods and even cities. Since Mayorkas refuses to provide a definition of “near” and orders law enforcement to focus on “the fullest extent possible”, law enforcement personnel won’t know if they’ve violated Biden’s sanctuary nation guidelines until they’re accused of it and will be extra cautious.

All illegal alien advocates have to do is open a community center to block immigration enforcement in an area. And coyotes will use school buses to smuggle illegals over the border.

Beyond arrests, the Biden sanctuary guidelines also rule out, “searches, inspections, seizures, service of charging documents or subpoenas, interviews, and immigration enforcement surveillance”. That means ICE can’t even monitor illegal aliens in a sanctuary zone or serve papers for immigration violations even without any intention of arresting the illegal alien.

When states have tried to bar sex offenders from living anywhere near schools, bus stops, or any places where children play, lefty civil rights organizations, including the SPLC, argued that those restrictions were too onerous. Some civil rights groups brought maps showing that these regulations made it impossible for sex offenders to live almost anywhere in major cities.

Now Biden and Mayorkas have turned law enforcement into the sex offenders, barred from doing their jobs anywhere in order to protect the illegal aliens invading America.

The Biden administration has claimed that it doesn’t want open borders and that it’s not responsible for the massive surge of illegal aliens flooding the country, and yet it’s doing everything it can to make it impossible for law enforcement to enforce the law.

In 2007, Biden claimed that he opposed sanctuary cities.

By the 2020 election, he was defending the idea of sanctuary cities, and arguing that illegal alien criminals shouldn’t be turned over to immigration authorities.

Biden’s spokesman claimed that the Trump administration’s “crackdown on sanctuary cities” was “contrary to our values as a nation”.

Once in office, Biden eliminated the Trump administration’s effort to pressure sanctuary cities.

Now he’s using federal authority to impose sanctuary states and cities across America by once again manipulating enforcement priorities in much the same way that Obama created the illegal DACA amnesty and his own administration has declined to go after most domestic illegal aliens.

Democrats and their judges have created a state of tyrannical lawlessness on immigration. When Democrat administrations are in office, they insist that states don’t have the right to engage in immigration enforcement, but when Republican administrations are in office, they argue that states have the right to defy immigration enforcement. After four years of protecting sanctuary states as a valid use of state powers, they’re pivoting to federal sanctuary states.

The only consistent theme here is that any government, federal or state, has the right to protect illegal aliens from deportation, but has no right to detain and deport the mobs of illegal aliens.

Beyond the economic devastation wreaked by illegal aliens, Biden’s decision to protect illegal alien criminals from being detained at courthouses while drastically limiting the ability of ICE to conduct enforcement in America will only feed the escalating crime wave already underway.

Last week, a drunk illegal alien crushed a 5-year-old girl to death. And drove away.

She didn’t have to die.

Neither did any of the other American children being killed by illegal aliens every year.

Biden’s transformation of American communities and neighborhoods into sanctuary zones for illegal aliens will cost lives. And the victims will often be poor minorities, not D.C. elites.

After opening the border and offering $450,000 payoffs to illegal alien invaders, putting them on midnight flights and secretly distributing them across the country, Biden is tying the hands of law enforcement to protect the massive numbers of illegal aliens from being detained and deported.

The invasion is real. And it’s coming from inside the White House.