In the 80s, the Sandinista Marxist terrorists were hotter than pastel suits and shoulder pads.

Sandinista! by The Clash was eating up the music charts and Hollywood celebrities like Ed Asner and Mike Farrell bypassed Cuba for the exciting new socialist nightmare in Nicaragua. 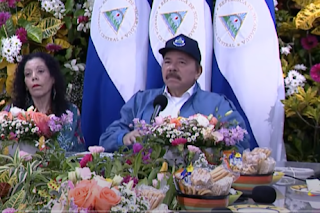 When Marxist butcher Daniel Ortega appeared at a New York Athletic Club reception in 1984, CBS’ Mike Wallace, Michael Douglas, and the entire media showed up to give the terrorist and his accomplices a tongue bath.

“To try to get the guy to bed, and then kill him! Fantastic,” the wife of the MTV president at the reception gushed over a female Sandinista terrorist who had laid a honey trap for a Nicaraguan official. “That’s my dream, to do that to Reagan, George Bush, go right down the line.”

But no one fell in love with the Sandinistas quite as hard as John Kerry who, along with other Democrats, wrote love letters addressing the Marxist terror leader as Dear Commandante.

“These are just poor people, no money, no food, just like Vietnam, and they are just trying to stay alive. They just want peace,” Kerry whined.

Hollywood is much less interested in Ortega and the Sandinistas these days though the glorification of the Marxist terror group hasn’t entirely halted with the ¡Las Sandinistas! documentary making the rounds of film festivals. And Kerry no longer writes to Ortega.

Every leftist revolution begins with terrorism, passes through a giddy phase of utopian socialism, and ends in evil misery. With a 40% poverty rate, the socialist revolution in Nicaragua is nearly complete. The number of people starving has quadrupled in the past few years, and the regime is conducting “express burials” at night to cover up the death toll from the coronavirus.

Family members are given a few hours at night to bury a body in a black bag under police supervision and the dying in this mostly Catholic country are being denied last rites.

Ortega, once heralded as a revolutionary leader, has grown old in power. The 75-year-old Marxist dictator appointed his wife as his vice president and is planning a dynasty to take his place. That won’t include his stepdaughter who had accused him of molesting her as a child.

It all began when “Comrade Rosario”, her preferred title, though the popular one is “La Chamuca” or female devil, joined her husband’s presidential campaign in the 90s by announcing an international conference on witchcraft. And it just got worse from there.

Murillo, who first met Ortega when she visited him in prison, became his government’s chief spokeswoman, and then occupied a variety of positions until her daughter accused him of rape. The Comrade stood by her Comandante against her daughter and he repaid her with power.

While much of the country lives in poverty and hunger, Murillo spent millions putting up metal trees covered in illuminated lights. The “Trees of Life”, based on Klimt’s Tree of Life, a mural symbolically depicting a tree “rising from the underworld through our world”, were viewed by some as having occult significance. And when the latest protests broke out against the Sandinista regime, cheering protesters toppled and smashed Murillo’s towering metal trees.

“Once, I received one as a gift from a guy I had met during the protests. In a joking tone, he let me know that before giving me the lightbulb, he had asked a priest to bless it with holy water, ‘just in case’”, a journalist noted.

Latin American Marxist regimes turning to tyranny and the occult are not an unusual phenomenon. Venezuela’s brutal tyrant, Nicolas Maduro, claimed that his predecessor, Hugo Chavez, had returned to him in the form of a bird. Marxist dictators who oppose Christianity and Judaism typically resort to pagan religions to provide them with spiritual sanction.

Fidel Castro built ties to the Santeria cult which viewed him as being chosen by their pagan gods. Shortly before he was forced to step down, a Santeria priest declared that the Yoruba gods say Castro “is the one that should be there and so he is untouchable”.

That did not prove to be the case.

Whether Comrade Rosario’s occult posturing is real or not, the Sandinista revolution has gone from Bianca Jagger to a haggard old witch, from hip guerrillas to yet another corrupt dynasty, even while the poverty, the hunger, and the tyranny destroying Nicaragua only deepened.

Back in the 80s, Senator Chris Dodd, then a mere House member, used to write “Dear Comandante” letters to Ortega. In 2010, Ortega joked that Dodd was a longtime “Sandinista sympathizer”. These days, Dodd has been forced to rethink his sympathies, complaining that Ortega and his wife hadn’t even tried to improve relations with Biden.

“This has been a flat-out rejection,” Dodd said. “It’s been terribly disappointing.”

Perhaps Dodd can also rethink his past lie, “Ortega is not Marcos or Noriega. He has a real popular base in his country”, now that the Marxist dictator is dismantling free and open elections, and jailing opponents and rivals, while maintaining a ruthless grip on power.

What do the events in a tiny Marxist country matter to Americans?

“Vermont could set an example to the rest of the nation similar to the type of example Nicaragua is setting for the rest of Latin America,” Bernie Sanders used to boast. Nicaragua has set a hell of an example, but none of its former fans, from Kerry to Bernie, are learning the lesson.

Ortega and the Sandinistas did not suddenly descend into tyranny. They were always killers, not to mention bigots, who admired the Soviet Union not because either side cared about the working class or revolutionary ideals, but because they were greedy for money and power.

The Sandinistas were not liberators, like every leftist movement, they were dictators-in-waiting.

Had the glitterati rushing to shake Ortega’s bloodsoaked hand at the New York Athletic Club in 1984 understood the lessons of the eponymous book, they might have pulled back just a little.

Two generations later the old Sandinista fan club in America is at the apogee of its power. From John Kerry to Bill de Blasio to Bernie Sanders, the older and younger fans of the Marxist terror thugs have carved their own way to power in America and the nation is all the worse for it.

But the lessons of the old revolutions are quickly forgotten in the rush to the next revolution.

Meanwhile the Sandinista revolution that inspired so many youthful American radicals in the age of mullets and fanny packs has, much like its American fans, aged badly. The regime once touted as a socialist model now consists of a haggard witch and her puppet husband trying to hold on to power long enough to hand over the throne to one of their children. In the villages the people starve, bodies are buried at midnight, and the dictator’s wife puts up electric trees.

Hollywood, once so enthusiastic about the Sandinistas, looks elsewhere. Murder never dampened the enthusiasm of millionaire celebrities for Marxist terrorists, but Ortega and the Sandinistas committed the ultimate crime that a socialist regime can commit in their eyes.

Not tyranny or mass murder.

Like Brezhnev, Raul Castro, and Xi Jinping, Ortega and the Sandinistas have become uncool.

The British Muslim, CIA Operative, and Author of 'I Posed as a Man Online for Sex' Behind the Center for Countering Digital Hate 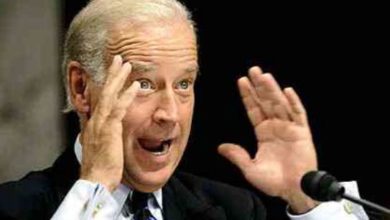