When the Taliban set up their political operation in Doha, under the aegis of the Islamist state of Qatar, it wasn’t just the Americans and the Europeans who came to negotiate with the terrorists. 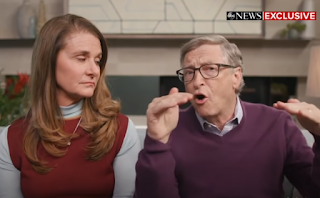 Last winter, UNICEF, the United Nations Children’s Fund, conducted its own negotiations with the Taliban. The UN agency, like many other non-profits, wanted to operate in Taliban territory and the representatives of the Islamist killers were willing to listen. What the Jihadist organization wanted from the UN was the same deal that Hamas got from UNRWA.

UNICEF would enable an ad-hoc school system that would operate under Taliban control.

While we often talk about terrorists indoctrinating children, few realize that our tax dollars and our non-profit organizations fund educational systems that are under the control of terrorist groups. The UN’s aid agencies routinely enable these operations, most notoriously in Gaza, where UNRWA schools are not only staffed by Hamas members, but have been used as bases for rocket attacks against Israel. But Gaza’s UNRWA setup is actually fairly typical of the UN.

The Helmand Sangin Workplan deal between the Taliban and UNICEF was said to have created 4,000 classes while reaching 140,000 Afghan children. There’s no way to know how true these numbers are, but the most significant part of the agreement was also the least reported part.

As a quarterly report from the Special Inspector General for Afghanistan Reconstruction noted, “the Taliban will recruit the teaching staff, who must then be able to pass a test set by the MOE.”

And since the Taliban took over Kabul, the Ministry of Education is now under Taliban control.

But throughout the year, UNICEF was helping the Taliban run an educational system. These classes often took place in mosques. And the only ones to know for sure what was being taught in these “informal classes” were in the room. It’s not clear if USAID was providing any funding to the Taliban’s educational system, but some American non-profits appeared to be doing so.

The Bill & Melinda Gates Foundation was reported to be picking up some of the cost.

An “inspiring” UNICEF photo feature from earlier this year shows a female teacher in a burka that leaves only her eyes exposed teaching a group of women in burkas while a scowling man stands at the door. The classes are supposed to be taking place somewhere in Kandahar, and the funds are coming, at least in part, from the Bill & Melinda Gates Foundation.

The Helmand Sangin Workplan is scheduled to run until December 2021. The Biden administration has announced an additional $64 million in humanitarian aid to Afghanistan. Some of this appears as if it will be routed through UNICEF and other UN agencies.

Will American taxpayers be funding a Taliban school system? The answer is we likely will.

The Taliban have often been portrayed as hostile to education, but the Jihadis who built the organization were the product of Madrassas, Islamic schools set up in Pakistan that were funded by Saudi Arabia. The name “Taliban” even means students in the Pashtun tongue.

The Islamic educational system is a military institution whose primary subject is Jihad. Its teachings focus on the need to defeat infidels and impose Sharia law on the human race. The Madrassa system is the means by which the Jihadis indoctrinate the next generation of killers.

The Taliban are not against educating boys or even necessarily girls. They run madrassas aimed at girls in some areas. What they are against is any educational system that they don’t control and can’t use to indoctrinate children into functioning as the next generation of their cause. And the United States and Americans appear to be willing to fund the Taliban schools.

What is the distinction between Taliban madrassas that were already in place and UNICEF schools? The UN wants to ensure that the Taliban teach math, science, and assorted secular subjects to students. Whether or not Taliban teachers end up doing this, no one can really know.

But that’s also hardly the point.

The United States should not be funding a Taliban education system or allowing it to be funded.

Two decades after the 9/11 Commission had warned about the dangers of the Madrassa system, the Biden administration and its donors may actually be helping to fund Islamic schools that will indoctrinate a new generation to hate and kill non-Muslims.

The Biden administration is not alone in this treasonous madness.

Former British Prime Minister Gordon Brown wrote an op-ed urging G-7 nations, a group that includes the US, to commit $8 billion to Afghan education even after the Taliban takeover of the country. “Aid should be distributed based on the work already done by UNICEF who to their great credit negotiated an agreement last December to cover 120,000 girls and to ensure they received home schooling in Taliban controlled areas,” he argued.

The 120,000 number is nonsense. And with “ghost schools” a common phenomenon in Afghanistan and Pakistan, the actual number of students attending classes is unknown.

But more importantly throwing billions into a Taliban educational system is funding terrorism.

The Taliban has been known to “tax” teachers and non-profits. And when they select the teachers, they are bound to be either members of loyalist families, or those who have bribed them. Either way, funding schools controlled by the Taliban means funding the Taliban.

Tests, either of the teachers or students, are meaningless in a system controlled by the Taliban. Any metrics will be administered by the Taliban making them entirely worthless.

“Our obligation is to help the children of Afghanistan grow up to become the leaders of tomorrow,” Brown concluded. The question that he seems incapable of grappling with is the leaders of what? The current leaders of Afghanistan came out of Madrassas. And even if the Taliban go along with some sort of mass educational program for women, Iran, Pakistan, and Hamas have shown that Muslim women, just like men, can be indoctrinated to believe that their role in life is to raise children to kill non-Muslims or even to go ahead and carry out attacks.

The window when we might have helped educate the children of Afghanistan to believe anything else has closed. The Taliban won and their spoils include Afghanistan’s children.

The last thing we should be doing is funding the Taliban’s indoctrination efforts. Any money that the Taliban and its backers in Pakistan or Qatar spend on education is at least diverted from more direct forms of terrorism aimed at us. And the same holds true for all aid to Afghanistan.

The Taliban have taxed and regulated non-profits handing out aid in areas under their control. There’s every reason to believe that they will go on expecting Americans to feed their population even as they skim as much as they can from the millions in taxpayer money being used as aid.

Biden has claimed that he retreated from Afghanistan because the United States couldn’t keep spending money indefinitely on the failed country. And yet, as soon as he fled, abandoning Americans behind enemy lines, he’s spending another $64 million on Afghanistan.

And a percentage of that money will inevitably fall into the hands of Islamic terrorists.

America can pull out of Afghanistan, but our leaders refuse to stop funding the Taliban.

Doug Hartline: The Five Best Christmas Movies of All Time

Who Lost at the Supreme Court in Dobbs v. Jackson Women’s Health Organization?

Don’t Ask About Empty Shelves, Our Leaders Are Too Busy Saving the World

Doug Hartline: The Five Best Christmas Movies of All Time

Who Lost at the Supreme Court in Dobbs v. Jackson Women’s Health Organization?

Don’t Ask About Empty Shelves, Our Leaders Are Too Busy Saving the World

Michael Ingmire: The Madness of King Joe and Queen Kamala