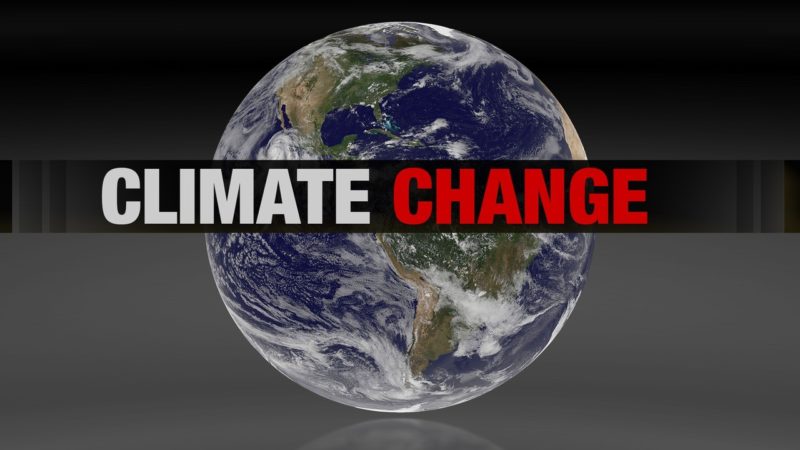 One of the best commercials of the 1970’s featured an actress playing Mother Nature in a Chiffon commercial. The tag line was “It’s not nice to fool Mother Nature”. But that’s what has been happening with the climate change, aka Global Warming, misinformation campaign since it’s inception decades ago. Nothing much has changed much since then on the non-stop fear mongering from the environment apocalypse crowd. But meanwhile, back in nature where reality resides, the picture is quite different. Three items have come out recently that throw a curve ball against the narrative.

The Arctic Sea ice is expanding

According to the Ocean and Sea Ice Satellite Application Facility, sea ice in the Arctic Ocean is the highest it’s been in nine years, increasing more than 30% from last year, while the Antarctic’s level is well above normal.

Wait, what? How can this possibly be since all we hear from the media and AOC (those experts in science!) is that we are burning up and climate disaster is IMMINENT!

Most years the Arctic loses ice, but this year ice extent has increased” more than 77,000 square miles, Tony Heller wrote on Twitter, adding the news likely would not be reported by CNN, BBC News or the New York Times. Meanwhile, the sea melt this summer was the lowest in 15 years, and the expanse of Antarctic sea is well above average.

It is also COLD at the South Pole

As reported in the Seattle Times, the average temperature at the Amundsen-Scott South Pole Station between April and September, a frigid minus-78 degrees (minus-61 Celsius), was the coldest on record, dating back to 1957. This was 4.5 degrees lower than the most recent 30-year average.

The extreme cold over Antarctica helped push sea ice levels surrounding the continent to their fifth-highest level on record in August, according to the National Snow and Ice Data Center. 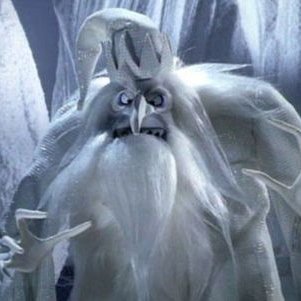 Sounds like the Winter Warlock has been busy! (Winter, if you please.)

Scientists credited a very strong polar vortex, or a ring of strong winds in the stratosphere, surrounding Antarctica for the intensity of the cold.

Basically, the winds in the polar stratosphere have been stronger than normal, which is associated with shifting the jet stream toward the pole,” wrote Amy Butler, an atmospheric scientist at NOAA in a message. “This keeps the cold air locked up over much of Antarctica.”

Butler wrote the strong polar vortex not only makes it very cold over Antarctica, but accelerates processes that lead to stratospheric ozone depletion, which in turn can strengthen the vortex even more. This year’s ozone hole over Antarctic is much bigger than average at around 24 million square kilometers, a reflection of the vortex’s strength.”

Whoa! Hold the phone just a minute! You mean the polar vortex contributes to ozone depletion??? I thought it was due to all those folks using aerosol spray? Wasn’t that one of the ridiculous claims from the left 25 years ago?

But of course they couldn’t just let all this go without assuring people that we’re all still going to go “down, down, down in a burning ring of fire”:

The conditions over Antarctica are in stark contrast to much of the rest of the planet which notched its fourth hottest June through August on record, according to the National Oceanic and Atmospheric Administration. The Northern Hemisphere registered its second hottest summer.

Scientists stressed the record cold over the South Pole in no way refutes or lessens the seriousness of global warming. Antarctica is notorious for its wild swings in weather and climate which can run counter to global trends.

Hmmm. So global warming is happening yet Antarctica is running counter to it. And the Arctic. And apparently India.

Time for a Cool Change in India

In a direct contradiction of doomsday predictions for global warming, many parts of India have experienced one of their mildest summers and an abundant rainfall season that is nowhere near ending.

The city where I live, Bangalore, in India’s southern tip, experienced a very mild summer, accompanied by ample rainfall. The elevated landscape of the city — 3,000 feet above sea level — contributed further to the lower temperatures, thus remaining below average during the only season in the year where residents expect hot weather.

The country’s capital, the northern city of Delhi, has been experiencing some of the coldest winters in the past three, breaking 100-year-old records for minimum temperatures.

To make things more interesting, India’s two monsoon seasons have occurred without a gap this year. Usually, citizens get a respite from monsoon rains in late September and early October. But this year, the summer monsoon extended all the way to October, the second most delayed withdrawal in 41 years.

The winter monsoon has been predicted to begin right at the heels of the previous one in October’s second week. So technically, people in some parts of the country will enjoy a non-stop rainfall season that began in June. Reservoirs have become full in the agricultural hotspots of southern India and above-normal rainfall ensured enough water for farmers in the northern state of Uttar Pradesh, the country’s most populous.

The Indian Metrological Department has declared the monsoon rainfalls as normal, indicating a healthy rainfall which would further increase the country’s agricultural output to record levels.

The 2021 weather does not prove the absence of man-made global warming, but it certainly reveals again the failures of those predicting extreme warming and their remarkable irrelevancy when it comes to regional conditions.

Now for a bit on the humorous side:

A report produced by Cambridge University academics has called for foods with so-called high carbon footprints, such as dairy and meat, to be made more expensive in order to save the planet.

In forcing people to abandon their cars, the scientists suggest increasing prices of fossil fuels and charging private car owners for road use, including “congestion zone charging and increased parking costs”.

So basically the fossil fuel industry would make more profit (did people stop smoking when they targeted cigarettes?) and more tax money for the government. See how that works?

Here’s a thought: Maybe if the blokes who came up with this tyrannical idea actually lead the way and do these things themselves, others would be inclined to follow. But of course, these measures will never apply to them.

And a “traffic calming zone”? I looked it up and indeed it is a real thing:

Developed in Europe, traffic calming (a direct translation of the German “vekehrsberuhigung”) is a system of design and management strategies that aim to balance traffic on streets with other uses. It is founded on the idea that streets should help create and preserve a sense of place, that their purpose is for people to walk, stroll, look, gaze, meet, play, shop and even work alongside cars – but not dominated by them. The tools of traffic calming take a different approach from treating the street only as a conduit for vehicles passing through at the greatest possible speed. They include techniques designed to lessen the impact of motor vehicle traffic by slowing it down, or literally “calming” it. This helps build human-scale places and an environment friendly to people on foot.

And it can be defined by any local county/city and the state’s DOT. So here is the rule for Virginia Beach, VA:

UGH! I hate word math problems! So if it’s 11 houses it’s not a TCZ? I guess drivers need to start counting houses if they are on a 2 lane road and just chill out if it’s an exact dozen (and remember, it has to front the street). Hopefully they won’t hit anyone while their attention is off the road trying to count the blasted houses. They may even have to put their cell phones down! Oh, the horrors!

Finally here is the latest doomsday scenario from the climate apocalypse crowd:

The space center in Houston surrounded by a moat; the famous beach in Santa Monica, Calif., completely submerged; a former sports stadium in Washington, D.C., turned into a bathtub — these are just some of the startling images of the future in America’s largest cities without action to limit climate change, according to new research by Climate Central, a research and communications nonprofit.

Because of greenhouse gas emissions from burning fossil fuels, average global temperatures have already risen 1.2° Celsius (2.2° Fahrenheit) above the preindustrial era, but as glaciers and polar ice caps melt, there is a decades-long lag for sea level rise. So a team of researchers from Climate Central projected how much the waters will rise if the world reaches only 1.5°C of warming, which is the goal world leaders set forth in the 2015 Paris climate agreement.

Again another “we have only ten years to live” scare tactic. And a very clever ploy saying that the lag of sea level rise could be a decade. Haven’t seen that one before.

And notice this is not based on any hard facts, but predictions. Just more hot air. We’d probably be able to combat any real warming if these folks would just stop talking ad-nausea (and flying around in their private jets adding to the so-called footprint).

I wonder if there’s a flying calming zone?