If I had any control over the primary educational system, I would add some of the following. I would bring back Government and Civics classes because children should be taught the structure of Government as established by the Constitution. Additionally, elementary school children should be taught how to navigate the website, Congress.gov. That way they could track the activities of the nefarious weasels of Washington. They could see how bills are constructed, which elected official supports them, and how much pork is attached to so many bills before Congress. I believe in education as opposed to indoctrination and wrote about this in the June 2021 Politichicks article, America Needs a Critical Thinking Theory. Children need guidance on how to think independently and critically. They should learn that a group of people need not be a compliant herd. Stand and deliver as human beings. Stand independently, as we stand collectively.

As far as life lessons are concerned, I would teach children classes in everyday common sense: How to calculate interest, how to balance a checkbook, how to establish a budget, and other useful bits of information.

And on a spiritual level, I would have discussions with children about loss. Children should be given the instruction that family members, friends, and pets all have an expiration date. There is never any real preparation for loss, but an intelligent conversation on the subject would benefit any child or adult.

As specific to this article, loss is, at most times, an abrupt and brutal animal. In actuality, any method of preparation may seem futile when grappling with one’s personal loss. For all of us who have experienced loss, the process of survival is the true teacher. As a person who has survived an inordinate amount of loss in my life, Survival is the foundation of my wisdom and my compassion. Survival and faith walk hand in hand with me. 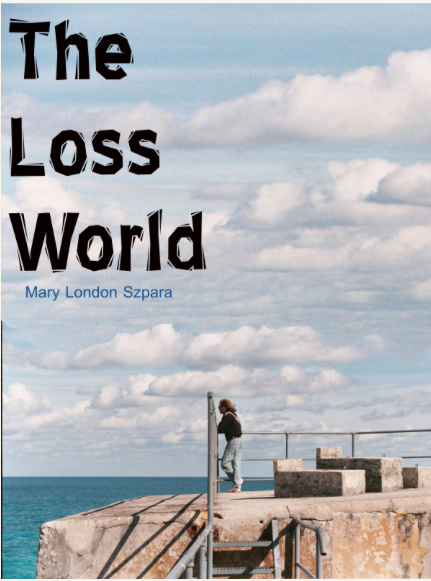 I recently had the pleasure of reading a great, reflective book on the subject of personal loss. The book is titled, “The Loss World,” By Mary London Szpara. (The z is silent in the pronunciation of her last name.)

I have known Mary for several years now. We connected through the local Charlotte, NC Blues Society of which we are both members. We share similar viewpoints and share similar personal experiences regarding the subject of loss.

Szpara’s book, “The Loss World,” details the aftermath of the death of Mary’s husband, Michael. Prior to that tragedy, there were years of joy and triumph in their marriage. Mary and Michael met in Richmond, Virginia in October 1978 and they married a year later in October 1979. They were soul mates. With no children in their marriage, they became, and remained, each other’s world.

In 1996, Michael started to become seriously ill. He was diabetic, adult onset, type 2. That developed into type 1, which he controlled with insulin. His Grandfather had suffered from diabetes so it was hereditary. He was also facing challenges and pressures from his work and the illnesses of his Mother and Father.

But the background of Michael’s truly serious illness goes back a few decades. In the 1970s, Michael had been diagnosed with hepatitis non-A, non-B. It wasn’t until 1989 that HepC was properly identified in the medical community. In 1991, a screening process was developed making it possible to detect HCV in blood samples. That test was done by Michael’s nephrologist, but the results were not communicated to him. Mary and Michael had no idea that he was dealing with a chronic and potentially fatal disease until Thanksgiving night, 1996.

On that night, Michael was admitted to the emergency room, quite ill. The emergency room physician alarmingly asked Mary when Michael was listed for a transplant. It was determined that Michael was suffering from encephalopathy which leads to confusion because of high concentrations of ammonia to the brain.

Mary and Michael changed doctors. They connected with Dr. Eric B. Thompson, who became a hero to the couple, and the three of them started fighting for Michael’s life. On March 9, 1997, Michael Szpara received a successful liver transplant. This gave Mary and Michael seven plus years more together through the grace of a donor. A blessing and a solid example of why folks should consider being an organ donor.

In September 2004, despite winning many battles and overcoming many obstacles with his health, Michael died of a heart attack. He died at the home where he was loved by Mary and their animals. Michael Szpara was a magnificent human being with a truly broad personality, mind and spirit. To paraphrase Mary, he is spiritually still rocking. He is rumored to be saving Mary a good seat in Heaven.

The beginning of the book, The Loss World, details the day of Michael’s death. Those passages are both harrowing and inspiring. Harrowing, because of his actual death. Yet, they are also inspiring because their love endured even after his death. The main focus of the book is a series of touching journal entries that Mary wrote in the wake of Michael’s death.

This book is a tribute to a remarkable love between two unique people. Mary started putting together these pieces from her journal in 2012. The book was published in 2013.

Ultimately, The Loss World, is a love story with a message attached that death does not end love. Szpara’s book is a wonderful tribute to her husband and the resiliency of the human spirit. Mary has turned her book into a play. It is called The Lost World Monologues. Her play crystallizes the internal dialogue of her grief. She is also in post-production of a film that dramatizes 10 of those monologues.

I recommend The Loss World to anyone seeking solace in the wake of a loved one’s death. It is a fine tribute to a love that never dies. Go HERE to get a copy of The Loss World on Amazon, and it is also sold in other fine book outlets.