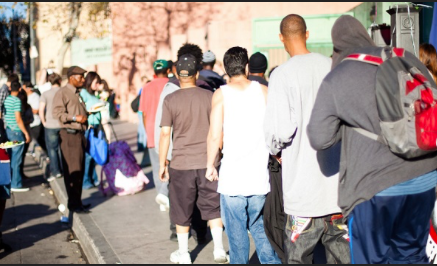 In 2015 when Biden was Vice-President, he made a peculiar statement during a three-day summit, which was meant to address extremism in the wake of Islamic terrorist attacks in France, Canada, Belgium, Australia, and Denmark. Whether wishing to shake up the masses and make headlines or following the notorious principles of fighting fire with fire, Biden said, “The wave (of immigrants) still continues. It’s not going to stop. Nor should we want it to stop. As a matter of fact, it’s one of the things I think we can be most proud of.”

In that vernacular, which has indeed made the headlines on numerous conservative news media worldwide, Biden was speaking about the importance of social and economic integration and “assimilation for Muslim, African, Asian, and Hispanic communities” as a solution for the minorities` youth gravitation towards extremism and terroristic activities or one nation/one government. Biden also expressed confidence that the United States will someday become the so-called “majority-minority nation”, a concept that provides for the fact that fewer than 50% of the people in America, from then and on, will be white Europeans.

Meanwhile, over 20 home grown terror attacks related to violent extremist organizations have happened on American soil since 9/11. All of them have been inspired, orchestrated, and executed by those “interest groups foreign and domestic” – such as bad political three letter government agencies, Dogs of War, BLM, Antifa and the representatives of illegal immigrant communities infiltrated by  extremists such as ISIS, Taliban, and Al Qaeda, all welcomed by Socialists and far left liberals.

Listening to those speeches about integration, the power of acceptance, and the historical tendency of America to be a “melting pot,” is jarring. Those who walk the streets every day, go shopping in local stores and take our children to public schools, are right to feel suspicious over the open borders from Obama, Clinton, Carter and both Bush’s. All ex-presidents have claimed they should have built a border wall during their administrations but did not. And the practice of the following years showed that the skepticism was well-justified. The influence and political power of the nation and the political/religious-driven Sharia Law of Muslim extremist communities have only been growing as they have been spreading their influence all over America, including to their children.

Does it mean that Biden’s America didn’t realize how utopian and unrealistic his Ideas were? Does he keep his head so deep in the sand that he really does not understand what is happening in cities across our nation today? Or is it a well thought-out strategy to artificially cultivate a majority of an obedient, easily manipulated electorate that will help seize power and retain the birth of a new nation?

No. We as Americans must protect the restoration of our American Birth Right. Or, as  James Paul Warburg stated before the U.S. Senate, Feb. 7, 1950: “We shall have world government, whether or not we like it. The only question is whether world government will be achieved by conquest or consent.”

Biden is among those politicians who has often been accused of being a ‘classic white representative’ of the American establishment. However, riding the wave of hype around globalization, racial and cultural diversity, and Marxism, he managed to find a political goldmine suppressing the quality of votes with their quantity. Along with using America’s technology Goliath’s to control and manipulate the electorate, their “new beginning” has begun.

What Biden probably meant by saying that the majority-minority concept is “a source of our strength” is the fact that the obedient mass of immigrants from undeveloped and developing countries will become his personal electoral strength. They don’t represent the strength and power of the American Nation, but instead provide weakness which has led to an economic and military downfall. This has become America’s achilles heel.

And now, there is evidence of the infiltration of Taliban disciples who were evacuated from Afghanistan. Their recent exoduses from a number of American military bases show that the ill-conceived “immigration strategy” promoted by Biden’s administration. This is putting the nation in grave danger and once again this administration is responsible, along with the feckless RINO leadership and the failures of Biden’s appointed generals.

Gen. Frank McKenzie, who oversaw the withdrawal as head of U.S. Central Command, and Gen. Mark Milley, the treasonous chairman of the Joint Chiefs of Staff, recommended to leave our Americans behind and gather as many Afghans as possible. The Afghans were loaded on our military C-130’s and flown back to the United States, retreating, fleeing the terrorist state while our Americans were left and forgotten by an insane, deranged Biden administration.

And on our Southern border there is a constant influx of Hondurans, Haitians, and Mexicans. At present there is also a heavy new flow of immigrants from the Middle East and Africa with ties to Taliban, ISIS, and MS13. These extremist groups have permeated within the refugees seeking asylum and are growing and cultivating a new social order within our borders.

America is at the precipice. Our faith is being tested and this administration has disavowed our way of life and our freedom to engage in a collective bond under our Constitution. And now we have another issue, with Middle Eastern extremists taking over the minds of the immigrants`in their new communities, specifically proclaiming that white American middle class is their last obstacle on the way to prosperity and dominance over their newly-obtained land.

All of this is leading to the end of the age of a free America and the advent of a new Marxist age—the era of global politics. We are being challenged by the current U.S. policymakers to recognize that the fundamental changes in world politics, which are being tested around the globe today, is to ultimately replace private ownership with co-operative ownership.

Will America’s unrivaled military, economic, and political power rise up to continue to shape an international environment conducive to its interests and values? Is it the imposition of democracy, by any means necessary? Perhaps – but perhaps not. After all, we tried intervening in the Middle East, and it’s led us here. Overthrowing brutal dictators by any measure isn’t necessarily to be desired if it creates an opportunity for even worse successors to take root. Then there is the question of whether the people being “freed” even want to be free.

Given the chance to participate in what used to be our fair elections, many fundamentalist Muslims from the Middle East would happily vote for Islamic theocrats who ran on platforms of enforcing higher levels of societal compliance. …and there is no longer a need for compromise because dissension is never allowed.

12:] ‘When once a republic is corrupted, there is no possibility of remedying any of the growing evils but by removing the corruption and restoring its lost principles; every other correction is either useless or a new evil. ‘” –Thomas Jefferson: copied into his Commonplace Book.

When the Taliban Teamed Up With Bill Gates and UNICEF