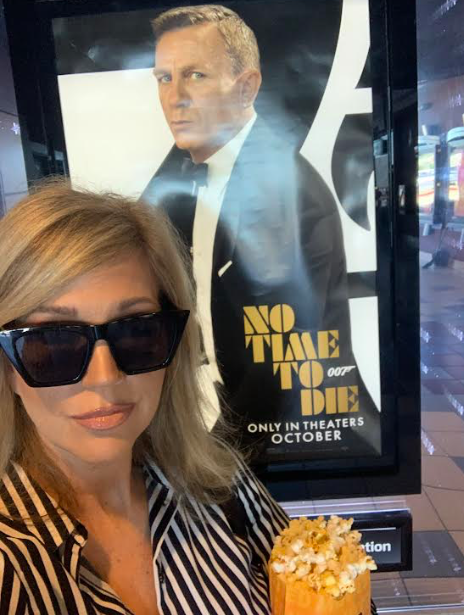 It’s been quite awhile since I’ve written an article. In fact it’s been almost as long since I’ve seen a movie in a theater. But as a life-long James Bond fan, I had to see this one. And after, I had to write this.

Although the title gives you a spoiler warning, I’m offering another here: DO NOT CONTINUE READING IF YOU DON’T WANT TO KNOW WHAT HAPPENS.

Overall, it was an exceptional textbook Bond film. The bad guys were very bad, the stunts properly breathtaking, and the cars were incredibly sexy. Daniel Craig smoldered in every scene and the designer(s) who created his exquisite suits deserve every award available. The women, aka Bond Girls, were some of the best I’ve seen in years with one exception, which I’ll discuss later. But back to Daniel Craig.

This was Craig’s best performance as James Bond. He was able to express a deep tenderness as only a 2021 Bond would be able to show without denigrating the original 1950’s man from which he originated.

But then they killed him. Hollywood killed James Bond. He is dead.

I left the theater before the closing credits, something I rarely do. But I was angry. Furious. THEY/HOLLYWOOD had killed one of the most iconic characters in film history, replacing him with someone they believe to be more all-inclusive. Non-threatening.

Leaving the theater I put the top down on my car and just drove. I had to absorb what had happened to this character/person, “James Bond”, who I had shared so much of my life with, including my email address (murrell007) and many of my passwords (they’re all changed now so don’t even…). As I drove, I realized that one of the things I loved most about James Bond is the thing Hollywood hates in 2021–his extreme masculinity. Bond represented a type of strength that’s becoming increasingly rare in men today. If you were a woman walking down the street with James Bond, you knew you were safe (unless of course one of his evil nemeses shot you, which unfortunately often happens with Bond’s girls, but I digress).

And it’s difficult to explain this in today’s terms–I’m actually tiptoeing around this paragraph—but as a lover, James Bond was aggressive with women without being scary or creepy. He was able to show passion and excitement and make women feel like women without being “rapey” on one end of the spectrum or wimpy on the other. He was just a MAN and he dressed like a man–impeccably, exquisitely, whether casual or formal. None of the strange sockless way-above-the-ankle pants seen on too many “fashion-forward” men today. James Bond didn’t mince his words. He was unapologetically politically incorrect. He approached both men and women with strength and confidence. He liked guns and fast cars. James Bond was, simply put, the perfect man.

And then I came to the realization: James Bond absolutely had to die.

The Hollywood bad guys (who I will now only refer to as “They”) had to kill James Bond for the same reason Bond had to kill the Villains: They believe Masculinity/Toxic Masculinity is 2021’s new Villain.

And no one wreaks of Toxic Masculinity more than James Bond.

They don’t want this to be a Man’s World anymore. So Bond had to go to make room for their new 007 World without all of that pesky machismo ‘sexist’ stuff that They despised but had to tolerate for the brand. And the only way They could truly make their necessary changes was to completely eliminate the Masculine and replace it with the Feminine. So They made “he” into a “she”.

But They couldn’t simply retire Bond–that would’ve left a door open for him to potentially reenter later. They had to literally incinerate him, blow him out of existence forever and that’s what They did. Leaving no room for escape, They poisoned him first, letting you know that even if he had a chance to survive a gazillion bombs he was going to kick the bucket soon after anyway. Then They had him stand still on the island where the bombs were heading–no running, no trying to get away–while talking on the phone to the love of his life. (SPOILER) “She has your eyes,” she said about their daughter. “Yes she does,” he says, staring straight into the sky as the bombs strike the island, instantly blowing James Bond into smithereens.

So about the new 007. Let’s pretend for a moment I’m okay with Bond being dead and replaced with a woman. In the least, I’d expect his female counterpart to be someone with searing, unmistakable charisma, confidence, and an obvious inner and outer strength equal to his.

The actress They’ve chosen, Lashana Lynch, had none of these things in this film. You’d think if you were seeing the new 007 you might notice her in her very first scene, right? And I’m not talking about just the way she looks, I’m talking about an aura, something extra-special that would make you “get” why They chose her. But nope. She was just sort of “there”, somewhere, and later there she was again, just someone. Not impressive at all, just another random Bond girl with a beautiful face but beyond that there was nothing charismatic about her at all. In this film I didn’t see any real acting skills either; she mostly seemed angry in almost all her scenes and she just sort of disappeared, dropping her lines behind everyone else. But worse, she wasn’t even believable as a skilled or capable fighter. Unlike perhaps Gina Carano (The Mandalorian) who could have been a very interesting 007 contender–but They “killed” off Carano, too…

But maybe They simply don’t want Lashana to be an aggressive killer like James Bond, despite the entire franchise being about a Secret Agent with a license to kill. I’ll even go so far as predicting that 007 will also be bisexual, making her even more inclusive and non-threatening. Perhaps she’ll be more of a talker than a fighter and will be able to negotiate the bad guys out of killing. Maybe she’ll be able to bring peace on earth by simply loving everyone to death.

Anyhoo…As for No Time to Die, I absolutely recommend it and I’ll probably go see it again. This time I’ll definitely stay to watch the closing credits so I can hear Louis Armstrong sing one of my all-time favorite Bond songs, We Have All the Time in the World from 1969’s On Her Majesty’s Secret Service. This song was the perfect choice to end Bond’s reign. As Armstrong sings the chorus ‘We have all the time in the world’, listen to the violins playing over the words. They remind me of angels offering all of us a reminder, or perhaps a gentle warning: ‘No you don’t, no you don’t…’

By the way, there are several nuggets to watch for throughout the film–true Bond fans will instantly recognize them, including Bond stopping in the center of a circular door and aiming his gun; just classic.

And yes, of course all of this is fantasy so there is always the possibility that somewhere down the road Bond They could bring Bond back if they really wanted to. I’ve already “written” two scenarios in my head. One, his daughter, now a grownup with Bond-like prowess and strength, is a scientific genius who creates a time machine that goes back to the moment before her father is poisoned. She and Bond escape the rockets and become 007 and 008 together. Or the much more obvious scenario, Bond’s daughter will grow up to become the next 007 after the first (non-charismatic) woman gets killed off.

James Bond has been a part of “me” since I first became fascinated with 007 movies as a little girl. I’ve even met several actors and Bond girls. I once bumped head-first into Sean Connery while working on the 20th Century Fox Studios lot, an accident that rendered me completely speechless for the first time in my life. Later I worked in his former Fountainbridge Films office and found a stack of business cards in my desk drawer. I also met Timothy Dalton at Robinson’s-May in Beverly Hills, and I’ve interviewed Bond girls Lana Wood and Caroline Munro.

Goodbye James. I’ll miss you, but yeah. It was time for you to go. This world just isn’t meant for you anymore…

UPDATE: Yes, I’ve heard about the note at the end of the credits—it’s a long-standing tradition that it always says ‘James Bond will be back’ and then they usually show a clip of the next film (which they didn’t do this time). I realize there’s a possibility they’ll bring him back which is why I included the two scenarios about how that might happen. But this article was meant to be more of a statement about the “anti-Bond” world today than a review of the movie. And frankly I’d rather James Bond stayed dead than have him come back as a watered-down, politically correct version of the original character.