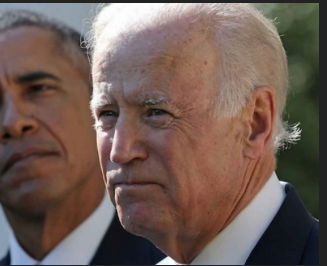 Never, in even my most bizarre fantasies, could I ever imagine what a vast failure the Biden administration has turned out to be. Especially when we consider that we are just over seven months into a four-year administration. Only someone delusional could promote an unmitigated disaster like Afghanistan as an “extraordinary success.” Well, Joe’s delusions are legendary in his half-century career of self-service. There are no constructive or original thoughts in Joe’s intellectual arsenal.

Now, more than ever, a chorus of dissenting Americans are asking for an impeachment of Joe Biden. Before the fall of Afghanistan, Joe was seen as possibly suffering from dementia and a small degree of sympathy was communicated towards him.

However, no sympathy is due to Joe when you consider the way we withdrew from Afghanistan.  At best, Biden’s foreign policy is incompetent. Alarmingly, I am starting to wonder if perhaps Joe Biden is the Vincent Gigante of American politics.

Vincent Gigante, also known as “The Chin,” was the Boss of the Genovese Crime Family from 1981 to 2005. For 30 years, Gigante was legendary for wandering the streets of New York in his bathrobe, muttering to himself. Yet in private, with his criminal colleagues, Gigante turned on a dime and was as sharp as a tailored suit. After being found mentally unfit to stand trial in 1990, he was convicted of Federal Racketeering and Conspiracy charges in 1997.

Facing Obstruction of Justice charges in 2003, Gigante pleaded guilty and admitted that his feigning of insanity was a ruse to avoid prosecution. He died while incarcerated in the United States Medical Center for Federal Prisoners on December 19, 2005.

It makes me wonder if Biden is truly senile or more like Mafia Chieftain Gigante than we think. Will Joe ever admit his possible criminal and unconstitutional behavior? I doubt that he has the moral courage to do so. To paraphrase Joe, “Come on man, man up!” No doubt Biden is being manipulated. But I also wonder how much of his appearance of dementia has a real medical basis. Joe has faked his way through much of his public life. Why should this moment be any different?

In my opinion, Joe’s abject failure in Afghanistan should not lead to flimsy Articles of Impeachment, especially with a Democrat-run House and Senate. To slightly change my previous phrase: Don’t impeach Joe, indict Joe.

Joe Biden should be removed from office on charges of treason. He betrayed our Service members, American citizens in Afghanistan, Afghani interpreters, our allies, and our principles. Afghanistan demonstrates Biden’s active negligence as a Commander and Chief. All he had to do was drop his ego and follow the pre-established withdrawal strategy provided by the Trump administration. But he totally ignored the plan and now the blood of many innocent people is on his hands.

Biden’s interactions with the recent Gold Star families has been truly shameful. He made the meetings all about the death of his own son instead of showing any genuine empathy for families of these fallen warriors. Joe showed no class because he has no clue how to be a leader. None of the 13 families wanted to hear his dribble. He had no true understanding of their type of loss.

The charge of treason should be directly applied because Joe enriched the coffers of the Taliban by leaving $85 million worth of top grade weapons and military bases that ended up controlled by the Taliban. In addition, he abandoned Americans and our allies who can now be used as ransom. He is providing aid and comfort to a terrorist group that we were fighting for 20 years.

While we discuss treason, former President Obama should join Joe in a Military Tribunal Court. In June 2014, Barack Obama traded five Taliban Commanders, detained in Gitmo, for one traitorous American deserter, Bowe Bergdahl. In June 2014, Obama sought to assure the world that these enemy combatants would be detained in Qatar and cause no further trouble in Afghanistan. There was also a cash outlay allegedly given to the five commanders.

Well, when their temporary detention expired some of the five returned to the only job they know, terrorism. They reconnected with active Taliban militant groups in Afghanistan. One of the five, Khairullah Khairkhwa, resided over the recent fall of Kabul and he now rules the Taliban forces from Kabul. Perhaps, the Taliban five should have been left in the prison where they belonged.

Treason, like murder, has no statute of limitations. Therefore, don’t impeach Joe; indict him. Don’t praise Barack for being “eloquent”; indict him for crimes against humanity.

Joe Biden, like Barack Obama, failed to keep his Oath of Office. They both abandoned Americans in a war zone and gave comfort to our enemies. Traitor Joe should be removed from office by any legal means necessary. Perhaps, it is too late. As the drums of another world war echo across the Afghanistan desert, perhaps the stage has already been set.

Currently, abandoned Americans remain on that same desert. When the handcuffs go on Joe they should also go on Kamala Harris for her utter complicity and incompetent response to secure our borders and defend America’s sovereignty. None will miss her snarky cackles when asked what she is going to do to protect innocent children and women from being trafficked across our open borders. Where’s the outrage now from the AOC squad about the inhuman treatment of all the immigrant children in cages?

I remain actively in prayer for our country as well as actively engaged. The one positive thing Joe Biden has accomplished has been to unite all informed Americans against the Democrat’s big government tax and spend policies that are causing inflation. They are policies that will end up destroying small businesses and prosperity in America. We must not allow these traitors to remain in power to continue this transformation of America into another failed state like Afghanistan.

Greenfield: It's Not Over