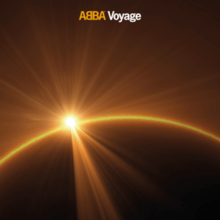 If you happen to be looking at the iTunes Charts, your eyes are not deceiving you. As of this week, 70’s Swedish Supergroup ABBA has 2 songs at the top of the charts. No, not a couple of classic songs. NEW songs. “Don’t shut me down” is #1 in 13 countries. “I still have faith in you” is #1 in 2 and #2 in 11 countries. The YouTube videos for both combined are over 10 million. All of this in just 3 days!

So, yes ABBA is back! After a 40 year hiatus! In addition to the 2 songs released so far, they have a new album coming out in November called “Voyager”. ABBA fans like myself have been wishing and hoping for this day for a long time while realistically assuming it would never come. I guess the saying “Never say never” is true.

And there’s more. Next year there will also be a “virtual” concert with digital recreations of a young ABBA doing their new and classic songs. They have been dubbed “Abbatars”. This idea has been an ongoing process (even without the new material) for several years. If you watch the video for “I still have faith in you”, you’ll see a sample of this towards the end. It’s pretty impressive. In their heyday, ABBA was a trend setter in music videos. Looks like they are continuing the progress.

Bjorn described the process (and atmosphere) of working on this new project:

“We’d see each other every now and then, but it was especially clear when we were in the studio for the first time for this album, together, because that was so strange and wonderful at the same time. Everything came rushing back, like it was yesterday.

“This was a very familiar, normal situation we were in, the four of us. “Yeah. Okay. We’re recording,” like it was yesterday. I looked around and I looked into Agnetha’s eyes and Frida’s eyes and there was the same kind of feeling, the warmth and the friendship and the bonds, between us that, as you suddenly realise no one on earth has experienced this kind of relationship that we have because, thinking about it, it’s true, nobody else has.

It’s obvious their music has endured (which is funny considering most of the music critics of the day hated them). But I was wondering, why? Then I remembered. Over the last 20 years there has been the play and then movie “Mamma Mia”. There have been several ABBA tribute bands (including the “A-Teens”). The many different compilation CD’s of their hits. And of course the revival of vinyl which no one could have predicted, In fact yesterday I was talking to a gentleman who works at a classic vinyl record shop here in Roanoke (called “The Vintage Vault”). He told me that any ABBA albums that come in are sold immediately; that the young teenage girls love the group. I just found that fascinating. But I think there could be another factor beyond anyone’s control. For almost the last 2 years everyone has been on some form of a lock down. Maybe this album has perfect timing. It comes along just at a time when folks are looking for something to distract them from the constant negative news coming from the media. ABBA’s music for the most part was fun, upbeat and light. And it struck a chord with people that the music “intellects” missed. We’ve all heard the phrase “catching lightning in a bottle”. ABBA did that once. It looks like they are doing it again.

Benny concluded his comments with this: “Sadly, people die and they don’t stay on friendly terms for their whole lives, but we have. And I’m so incredibly happy for that.”

So are ABBA fans.

Now. If you’ll excuse me I need to go pre-order the CD before the teenage girls buy them all up.

The Ones That Couldn't Get Away in Afghanistan: Reminiscent of 9/11/01

Greenfield: It's Not Over