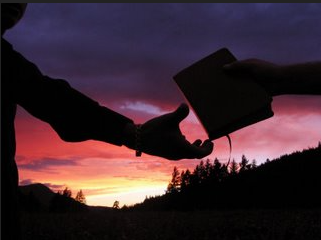 Several years ago I had the opportunity to return to a former pastorate where I was honored for the years I had served as their shepherd.  I was not alone.  Other pastors who also had ministered in this church were similarly recognized.  The printed program divided the history of the church according to various time periods after the parable of the sower (Matthew 13, Mark 4, and Luke 8). There were the sowing years, then the cultivating years, followed by the growing, reaping, and reproducing years.  Each pastor seemed to fit into one of the time frames.

Doubtless all former pastors present that day had desired to pick much spiritual fruit during their tenure, and each of us had enjoyed a measure of success.  Some had harvested more than others, yet no one was more important than the other.  We were not rivals competing, but fellow-laborers complementing one another. Diversity of ministry was evident in each of us who had served as pastor. Today that church has a beautiful new edifice and is enjoying a healthy period of growth.

That heart-warming experience served to remind me that somewhere in this impatient age of instant gratification we Christians have overlooked an important evangelistic principle.  In my previous article (Spiritual Fingerprints), I noted how we are what we are because of God’s grace as well as the product of the faithfulness of others in our lives. Now we know how and why this is so:    We are all part of a process! The following story illustrates this principle.

My assistant, Tony DeRosa, was converted in a motel room watching a beach evangelist on television. However, God began the process earlier in his life through an individual whose only witness was, “Tony, God told me to tell you He loves you!” That testimony was just as vital, and successful, as that of the television evangelist. Each was a necessary part of the work God was performing in Tony’s life. Spiritual fruit, in terms of those who pray to receive Christ and go on to spiritual maturity, is not always the result of the labors of any one individual. More often they are the cumulative efforts of several people, sometimes unheralded and unrecognized, yet each playing a vital role in the drama of redemption.

Evangelism in the Old Testament was sometimes characterized as a process of sowing, watering, gleaning, and reaping. That is evident when we observe Ruth gleaning after the reapers in the field of Boaz (Ruth 2:1-3).  Psalm 126:5-6 GNT says: “Let those who wept as they planted their crops, gather the harvest with joy! Those who wept as they went out carrying the seed will come back singing for joy, as they bring in the harvest.”  The ministry of the prophets was foundational to the later proclamation of the Gospel message (I Peter 1:10-12).

In the New Testament, the Lord of the harvest challenged His own to pray for laborers to be sent into the harvest (Luke 10:20). Jesus once spoke of reaping the benefit of the labor of others who had done the hard work of sowing, and how they would both someday rejoice together (John 4:35-38). It was the apostle Paul who wrote the believers at Corinth, saying: “I planted the seed in your hearts, and Apollos watered it, but it was God who made it grow” (I Corinthians 3:6 NLT). He went on in verse 7 to emphasize that the success of our evangelism does not rest in us in the first place. It belongs to God who gives life to the seed and makes it grow. God even used those who preached Christ for selfish motives to be a part of His modus operandi of reaching others (Philippians 1:15-18). Jesus once used clay and spittle, the pool of Siloam, and a kid’s lunch to touch the lives of others and He wants to mobilize us for the Great Commission task, using each individual’s gifts, talents, and obedience as a part of the process.

As I sat in the church sanctuary and shared in that glorious celebration in which I had a small part as one of the shepherds, I thought about the important role the congregation had in all this. They were the sheep who had followed our leadership. Some of them were especially honored that day. And since it is sheep that reproduce sheep and not the shepherd, I was encouraged by the promise that one day all of God’s faithful family will be an important part of that victory celebration in Heaven when sowers and reapers will rejoice together. But what an honor and privilege it is to be a part of that process now!  May your ministry bear “more fruit…much fruit… and fruit that will remain” (John 15:2,5,16).

Ron E. Thompson is a retired pastor/evangelist having had a ministry spanning over sixty years. He served as pastor of churches in Indiana, Virginia, Arizona, and South Carolina. As Director of Brethren Evangelistic Ministries, he held numerous evangelistic and revival crusades in twenty-two states. He led a team that conducted evangelism seminars throughout the United States and in several foreign countries. Ron is author of two books: Hurricane Evangelism and Sermons in Song. He is also a musician, having studied piano under noted composer-conductor, Hubert Tillery. Music has served him well as an avocation in his life and ministry. He currently is a pianist at the Fountain of Life Bible Church in Johnson City, TN. Ron received his Bachelor of Arts degree from Bridgewater College and his Master of Divinity degree from Grace Theological Seminary. He did graduate studies at Wheaton College and the Billy Graham School of Evangelism. He attended the North American Conference for Itinerant Evangelists in1994. Ron’s home is in Limestone, Tennessee. He is the father of two daughters: Evangeline Hales, a musician at Thomas Road Baptist Church, Lynchburg, VA and violinist with the Lynchburg Symphony; Dr. Melody Archer, Retired Administrator and Principal of Tri-Cities Christian Schools, Blountville, TN.