On September 27, 1996, the State Department was very surprised when the Taliban took Kabul.

All of the official reports stated that the Taliban were not likely to take the capital. A lone memo, which never reached Bill Clinton’s Secretary of State, warned it could happen, but was mostly ignored until nine days later when the Taliban “unexpectedly” marched into the city. 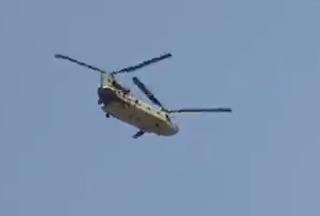 Biden and his allies claimed that no one could have anticipated that the Taliban would take Afghanistan in 11 days. As the Washington Post recently noted, “On Sept. 27, 1996, Taliban forces captured Kabul overnight, flooding in from all directions after a 15-day sweep of the country. (In August 2021, it would take 10 days.)“ Were Biden and Milley really that surprised by those extra 4 or 5 days (depending on how you do the math) that they didn’t see it coming?

In 1996, the United Nations, which was supposed to bring peace to Afghanistan, fled. President Najibullah, who had lost the last of his Soviet support when the USSR fell apart, stayed at the UN compound. He fought the Taliban Jihadists who came for him before they hung and castrated him. The State Department celebrated the Taliban win and began its outreach.

Glyn Davies, Obama’s former Ambassador to Thailand, said back then that he hoped the “new authorities in Kabul will move quickly to restore order and security and to form a representative interim government that can begin the process of reconciliation nationwide.”

Davies also claimed that he saw “nothing objectionable” about the Taliban imposing Islamic law.

(Davies, a Biden supporter and formerly an Elizabeth Warren supporter because “Warren will rebuild American leadership by ending our endless wars”, works for former Secretary of State Madeline Albright’s ASG consulting group and has not offered any comments on Afghanistan.)

The Clinton administration asked the Taliban to send an envoy to D.C. and pleaded with the Jihadists to accept an American envoy. It was the Taliban who turned Bill Clinton down.

In 2021, history repeated itself again with an incompetent Democrat administration caught by surprise at the speed of the Taliban’s victory before trying to come to terms with the Jihadists.

Like Bill Clinton, Biden is learning the same old lesson the hard way without actually learning it.

The State Department, which sent an emissary to urge the collapsing Afghan government to come to terms with the Taliban and form an inclusive government in the 90s, was playing the same dumb game now. A generation later the State Department hadn’t learned a damn thing.

The Taliban won in 2021 for the same reason that they had won in 1996. The Afghan government had lost its main backer and was replaced by the Pakistani-backed Taliban.

The Taliban takeover of Afghanistan was set once Pakistan made them its final choice.

If the Taliban performed better in 2021 than in 1996, it’s because China is also backing them.

Afghanistan is a tribal region of quarreling ethnic and religious groups, warlords, druglords, elders, and gunmen. For the last two generations it’s been ruled by whichever faction assembles enough backing from a foreign power to maintain control over the country.

Foreign policy consists of the different sides jockeying for the support of the United States, Russia, China, India, Pakistan, and anyone interested enough to provide money and guns.

The Taliban have not “taken” Afghanistan. They’ve reached agreements with various factions, from the druglords to tribal leaders and warlords, based on their foreign support and momentum. Those agreements will collapse when the Taliban start to run into trouble.

Their victories in 1996 and 2021 were partly achieved by foreign Jihadis fighting for them.

But those Jihadis are a double-edged sword. The Taliban’s deal with Al Qaeda helped it maintain power, but after September 11, led to their overthrow by the United States.

The Taliban of 2021 will have to decide whether they need the foreign fighters more than they fear the United States. Considering Biden’s humiliating retreat, the Taliban are unlikely to make a different choice than the one they made about Al Qaeda during the Clinton administration.

The Afghan government that we backed was a phantom. So is the Taliban regime.

Americans think of government as an organized and pervasive force that extends its dominion over all its territories. Afghan governments are more like bandits, using fighters to intimidate the locals, and collect protection money through their officials. An Afghan government is just a band of fighters that have transitioned from roving bandits to stationary bandits by seizing cities.

Under Biden, the Taliban controlled the rural areas, while the Afghan government held the cities. As the withdrawal was announced, the Taliban formed alliances, swept across provinces, and claimed the cities not, mostly by firepower, but by cutting deals with key Afghan leaders.

The Taliban’s various allies, from the Pakistanis, Qataris, the Iranians, and the Chinese, to Al Qaeda and the druglords, got what they wanted by forcing the United States out of Afghanistan.

But what they’re going to want now are incompatible things. China and Pakistan want stability and the opportunity to exploit Afghanistan’s mineral riches and geographic location for trade. Al Qaeda and various foreign Jihadis want to set up terrorist training camps and fight infidels. Some of them are likely to target China as Jihadis operating in Pakistan have already done.

The Taliban’s state sponsors want to reduce the flow of drugs, but opium is the only functional part of Afghanistan’s economy: especially now that the United States and its allies are gone. The Taliban formerly opposed opium, but if they do it again, they’ll fund their own opposition. If they try to restrain the foreign Jihadis who helped them take Afghanistan, they’ll face a civil war.

Even if Biden refrains from backing the opposition to the Taliban, India isn’t likely to be as forgiving. Other countries and international players will find their own reasons to do the same.

Biden’s State Department will be forced to acknowledge, even faster than Clinton’s diplomats, that any promises that the Taliban make are worthless. Taliban spokesmen have learned to tell liberals what they want to hear, but don’t actually speak for the leadership. Nor do they speak for the various factions who actually make up the Taliban power on the ground. Or their backers.

Stability is not in Afghanistan’s future.

The Taliban, like most Jihadis, are players in someone else’s chess game. Islamic terrorist groups, like their Marxist counterparts, have state backers and wealthy funders behind them.

What looks like a stunning victory is more often the result of backroom deals.

Muslim Jihadis claim a fearsome reputation, but routinely bow out of fights when the odds aren’t on their side, when they aren’t feeling motivated, or are paid off. They prefer to win battles by treachery and subterfuge as they have done for over a thousand years since Mohammed.

Americans are used to the idea of standing, fighting, and dying for their country. But fighters in tribal cultures are more nomadic. They don’t stand and fight, they appear and disappear, as we saw in Afghanistan and Iraq. They strike when they sense weakness and flee when they feel strength. Biden showed weakness, so did the Afghan government, and the rest is history.

The Taliban will impose unfiltered Islamic law, but whether girls are allowed to go to school and women are permitted to leave the house matters very little to the power players. Those important enough will be able to do what the elites of Muslim countries always do, send their sons and daughters to cavort in Beverly Hills and the French Riviera, while poorer girls are beaten, enslaved, and executed for minor offenses like meeting the eye of a strange man.

There will be burkas for millions of Afghan women, but the daughters of key leaders who cut deals with the Taliban will wear bikinis on the beaches of the Atlantic and the Pacific.

Count on the Biden administration and Democrats to follow the same corrupt road out of Kabul.

Afghanistan will go on being what it was all along, a tribal wasteland run by bandits, all of whom swear by Allah, but only some of whom kill women for not wearing burkas, who get their money and guns from various foreign interests and serve them until they inevitably betray them.

The Taliban didn’t win a great victory. They assembled a house of cards coalition just as they did before. That house of cards will begin collapsing because Afghanistan is not a country and it cannot be ruled by any government, only corrupted, robbed, and terrorized in Allah’s name.

California Dems Bet on Identity Politics to Save Newsom