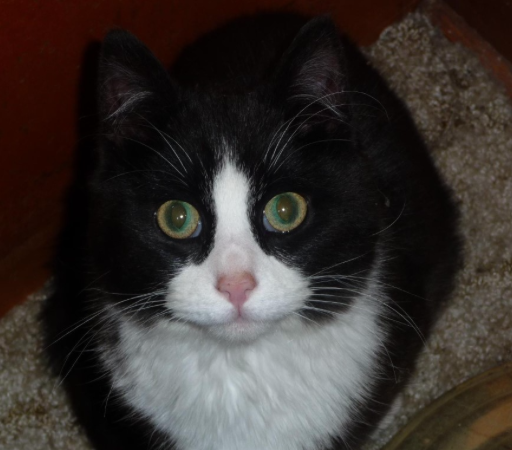 The way we should treat animals is encapsulated in Proverbs 12:10  The righteous person regards the life of his beast. The Bible teaches that animals are part of God’s creation and should be treated with compassion. Human beings must avoid causing pain to any living creature.

We have always been cat lovers but never considered ourselves as rescuers of cats until recently. And after the first it was almost as if there is a way our feline friends broadcast where to go.

It all began a few years ago when in downtown Salem Virginia someone actually threw a cat out a car window. Our daughter witnessed it and immediate brought TC, a Tuxedo Kitty into our lives. TC immediately took over our home. He is purely a house cat, not caring for the outdoors, and a vegan. Only hard food for him. The veterinarian we took him to estimated he was six months old when we got him and had been very abused. Abused or not he knew to take control of the house as his sole domain and has grown into a very independent animal. 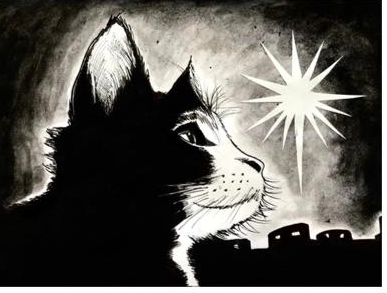 Celebrated too as he has been a model for a cat featured in two Christian books we have written for Amazon about the life of Christ A Cat’s Nativity Tale and A Cat’s Tale of the Resurrection with a third on on the way centered on The Book of Acts, A Cat’s Tale of The Holy Spirit.

Now we do not believe for a second that this happened by accident as we do not believe in happenstance or coincidence. We believe that just as God puts people in our lives it is also the same for animals no matter what kind, and in our case cats. Little did we know know what this might lead to.

Then Mama Cat, as we were to call her, arrived. A Tuxedo cat herself and she found a way into our basement. There she had kittens and we found ourselves the foster parents of a litter. We let her inside a flat in back of our home we had built for family and guests and there she nursed them until they were we considered teens. 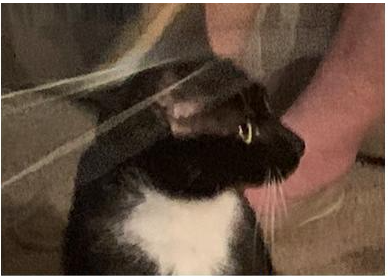 We thought we were being responsible and with our daughters help had the new additions get their shots and neutered. Wonder of wonders we found Mama Cat had gotten herself pregnant again. And this time she insisted on staying in our flat. She also insisted on using the couch and had seven more kittens. Wow, we were now responsible for twelve cats not counting TC who kept himself aloof from all of this. No daddy him as he was neutered after he joined our household.

It was a surprisingly simple task getting the seven additions adopted into good homes, especially when they saw how well behaved and loving Mama Cat, who we now call Queenie as she is like a queen, and the first litter turned out to be. However that first litter like their mama were quick to remind us of our responsibility to animals and have settled in. 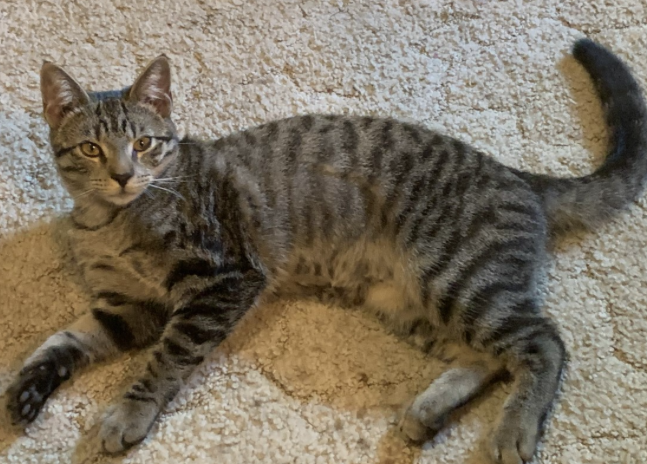 This is especially true of a tiger striped Tabby who has markings that have caused us to put her in the latest book TC inspired. If you have ever seen such a cat you will find that there is one distinctive marking over their eyes that looks like the letter M. There is a legend that when the Baby Jesus was born he was cold. A mama Tabby cat leaped in the manger to keep him warm. Mother Mary was so gratified that she stroked the cat on the forehead and the M appeared. Of course we have named this one Mary and that will be her name in the book. 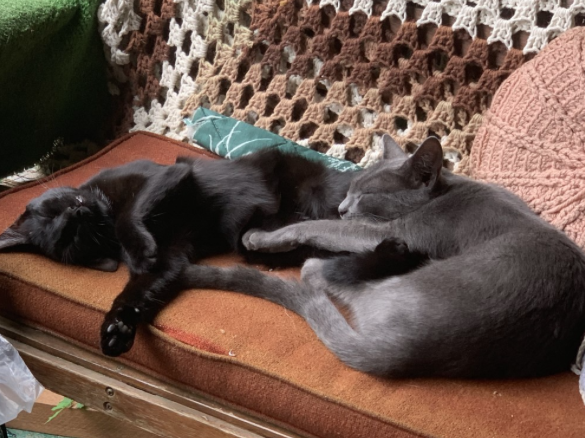 That is not to belittle the specialness of the other kittens, Georgie Girl and Gracie, Georgia acts more like a George and is coal black Gracie is grey. All three kittens are bonded to each other, their mama cat and us. However Georgie Girl and Gracie team up on a lot of things. They prefer a chair in front of a television and here we get political. Both like to watch the news with Fox being their favorite. The try to never miss Sean Hannity though we are starting to think they are getting too involved. During a Joe Biden news conference Georgie Girl spit up a hair ball.

We do feel we have a responsibility toward these fur babies and toward all animals. We try to contribute to humane societies and we encourage people to adopt. There is a great deal of abuse of animals out there and we believe that Christians have a responsibility to be God’s warriors and to do their part for animal protection. Political action may be called for.