On August 14, Secretary of State Blinken spoke with Afghanistan’s former president and promised that the Biden administration would provide a bulk shipment of dollars.

The next day Kabul fell.

On that same call, Afghanistan’s former leader had agreed to surrender power to the Taliban. 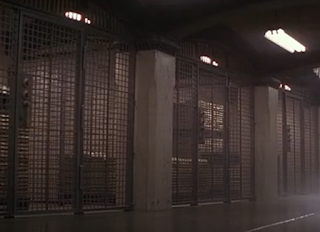 The Biden administration had effectively agreed to provide a massive infusion of cash to the Taliban. But the final deal fell through, the Afghan government fled, and the Taliban took Kabul.

The bulk shipment of dollars never did arrive.

Biden’s diplomats scrambled to evacuate from Kabul. Ajmal Ahmady, the governor of DAB, Afghanistan’s central bank, already had a ticket and headed to the airport. He managed to get on a military plane.

Since then he’s tweeted that he was warned that the Taliban had come looking for him.

The Taliban were hoping to get their hands on Afghanistan’s money, but much of it is in the United States. The most tangible part of Afghanistan’s assets, $1.3 billion in gold, is sitting in downtown Manhattan, a little bit south of Ground Zero, in the vaults of the Federal Reserve.

If there were any justice, that money would be used to compensate the police officers, firefighters, and workers who died on that day or later on from ailments related to 9/11.

Meanwhile, all the Taliban have to do is fly into JFK, take an Uber to 33 Liberty Street, and ask to be taken down to the basement to see all the bars of gold. And even in Biden’s America and De Blasio’s New York City, they might have trouble walking away with over a billion in gold bars.

Not unless they trade their camos and kameezes for Black Lives Matter t-shirts.

The United States did plenty of dumb things in Afghanistan, but it kept the gold locked up in the basement vaults and $3.1 billion of DAB’s assets went into U.S. Treasury bills and bonds.

Ahmady estimates that $7 billion of DAB’s assets are being held by the Federal Reserve which includes the gold, the bills and bonds, $300 million in cash, and another $2.4 billion in World Bank funds for aiding developing countries. There’s also $700 million at the Bank for International Settlements and another $1.3 billion in international accounts.

Those are likely being held in Turkey which is an Islamist dictatorship friendly to the Taliban.

The Taliban would like some or all of that money.

The problem is that while the Taliban expected to find vaults full of gold and cash, Afghanistan had been plugged into the international finance system in which access to cash depends on either great internal wealth or good international relations. The Taliban have neither.

To the extent that the Taliban have been behaving themselves, at least in Kabul, it’s because they want to lay claim to the stream of international wealth that used to flow into Afghanistan.

A week after Kabul fell, the International Monetary Fund was supposed to disburse $460 million in Special Drawing Rights to Afghanistan, but that, like all the other international funding mechanisms that the Taliban wanted to lay claim to, was blocked. While the Biden administration’s diplomats and national security people had made a complete hash of the withdrawal, the treasury people proved to be surprisingly on top of cutting off Taliban cash.

The Taliban still control border crossings and they’ll be able to take advantage of Chinese money, but that’s a long way from the cash they need to run any kind of functional country.

Paradoxically, we were the single biggest revenue source for the Taliban’s money machine.

One expert estimated that at the peak of Obama and Biden’s Afghanistan surge, “the Taliban’s ‘taxes’ on truckers supplying NATO likely even surpassed the Taliban’s income from drugs, being tens of millions of dollars at least, maybe up to $100 million annually.”

Like a lot of failed states, remittances from Afghans living overseas made up 4% of their GDP. Last year that amounted to $788 million. Some of that money is being blocked. For now.

Without an ongoing war, the money from both NATO and the international financiers of the Jihad will stop flowing. Chinese state businesses won’t allow the Taliban to rob them the way that they looted NATO and while drugs are big money, they’re no substitute for an economy.

The Taliban’s options are limited. They’ve appointed Mohammad Idris, a previously unknown Taliban official, to head the central bank. Afghanistan’s currency is imploding and dollarization without dollars doesn’t work so well. Much of Afghanistan’s economy, which was propped up by foreign aid, will collapse leaving behind subsistence farming, opium, and smuggling rackets.

The arms and vehicles looted from the United States will be sold off to fellow Jihadists for a one-time cash infusion because there’ll be no more armored vehicles and drones handed out.

Before 9/11, Afghanistan was facing drought and famine under the Taliban. The United States campaign not only toppled the Taliban, but saved parts of the country from starvation.

But the Taliban do have two key assets: people and trouble.

Those are the same assets held by Jihadists around the world from Hamas in Gaza to the Houthis in Yemen. The Taliban don’t care if portions of the population, especially non-Pashtuns and non-Sunni Muslims suffer, but they know that we do.

Beyond inflicting misery on Afghans, the Taliban have a variety of options for causing trouble for their enemies. They can speed the flow of migrants and refugees to Europe and also boost the opium business and demand money to “fight drug trafficking” in order to shut it down. (This scam is common in both South America and Southeast Asia, and helps fund the drug trade in the name of fighting it as corrupt politicians cash in on both the drug and anti-drug businesses.)

And their biggest short-term asset are the Afghans and Americans trapped in Afghanistan.

Whatever agreements the Biden administration reached with the Taliban to allow it to operate and to coordinate on security arrangements were almost certainly financial. Once the United States leaves, the Taliban will be able to extract money for every single Afghan who leaves.

But what the Taliban really want is all that money sitting in the Federal Reserve.

There have been precedents for terror states toppling legitimate governments and leaving their wealth in the hands of the United States. From the Bolsheviks of the Soviet Union to the Shiite Islamists of Iran, Democrats eventually turned over the money to the red-green terrorists.

There’s little doubt that the Taliban will get their hands on much of the money.

China, Russia, Pakistan, Turkey, and Qatar will likely push to legitimize the Taliban in international forums. The Biden administration will make a token show of resistance. As the international governance bodies topple and humanitarian groups cry about famine, the money pipeline will reopen. And even though there won’t be a single American soldier in Afghanistan, Biden will go on funding the Taliban long after the withdrawal is wholly complete.

The $7 billion will end up being another down payment in the funding of Islamic terrorism.

The day before Kabul fell, Biden nearly allowed a massive bundle of pallets of dollars to be shipped to Afghanistan. He did so knowing that the money was destined for a Taliban regime.

His cash shipment to the Taliban only fell apart because the Afghan government did.

How long will it be until Biden is shipping money to the Taliban? He may already be doing it.

“Seems to me this would be a good time to send, no strings attached, a check for $200 million to Iran,” Biden proposed after September 11. His previous administration illegally shipped $1.7 billion in pallets of cash to Iran. The question isn’t whether Biden will fund the Taliban, but when.

Creating a hostage situation is, as Obama already discovered, a convenient pretext for funding Islamic terrorists. Biden has created a massive hostage crisis in Afghanistan. What better way could there be to force the United States to fund our worst enemies once again?